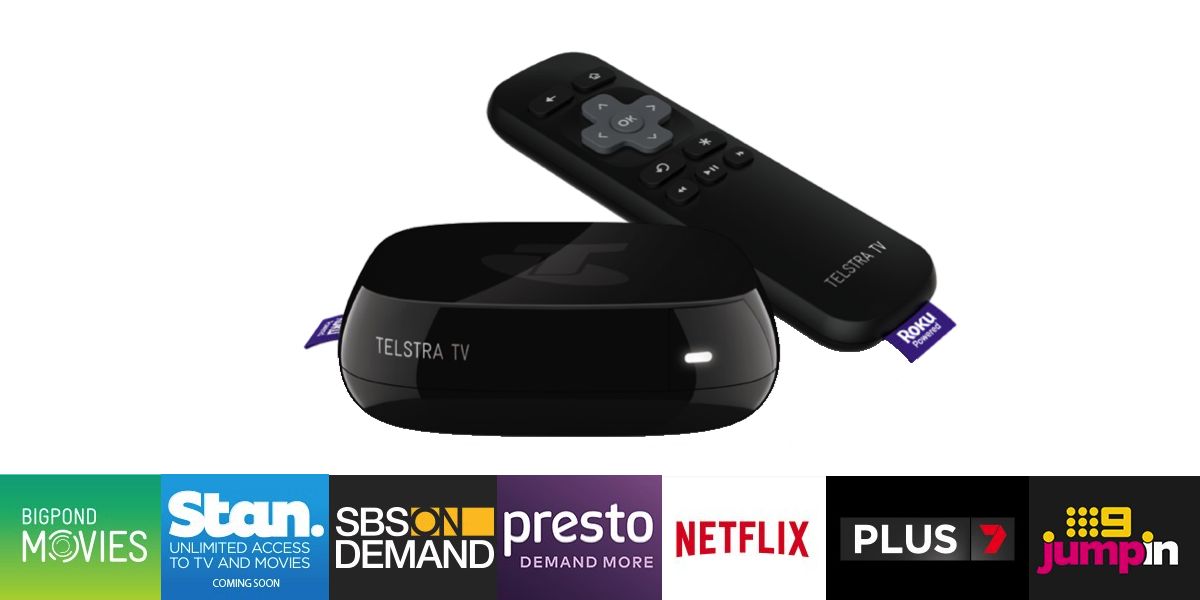 For most users, Telstra TV will be a godsend. The biggest issue facing most Australian consumers is the technological barrier that many consumers face. Watching video on a smartphone, tablet, or computer is easy, but watching video on the TV itself has traditionally relied upon badly designed smart TV applications, connecting an expensive video game console, or plug-in devices like Chromecast. The experience has never been pleasurable.

A second problem has simply been the limited availability of apps. Until now there has been no one TV-connected platform that will offer all of the catch-up services and the SVOD services that most consumers are looking for.

The Telstra TV solves these problems.

The strength of the Telstra TV is that it is very easy to use. It requires very little technical proficiency.

Setting the device up requires just plugging it into the power and into the back of your TV. When turning it on for the first time, users will be required to type in your Telstra Broadband account username and password, along with the password for the home WiFi connection. Once the user has done that, the Telstra TV is ready to be used.

The Telstra TV is a rebadged Roku 2 device. Roku boxes have never been available to buy in Australia, but they are the market-leading streaming video device in the US. The decision to launch Telstra TV powered by the Roku 2 and not the newer Roku 3 with its innovative remote control that doubles as a Bluetooth headphone receiver, or the 4k video streaming Roku 4, was a matter for Telstra of timing and price.

Regardless of the practical considerations, some consumers will be put off by what seems to be a limited feature set when compared to the advanced functionality that the soon-to-launch Apple TV will offer. Where most new devices offer sophisticated search and Bluetooth functionality, the Roku 2/TelstraTV hardware is considerably more barebones.

Telstra TV is a user-friendly platform with an interface that is very cleanly laid out and easy to understand. Once the device is on, users simply move left or right on their remote and press enter to open an app.

Users laying their hand on the remote control for the first time will immediately understand what to do with the device. That remote control too is simple and uncomplicated with only a couple of buttons.

For the average person, Telstra TV is functional and attractive, with great ease of use. But for those who like to play around with their technology and use it in more sophisticated ways, they may find the Telstra TV disappointing in some of its limitations.

The app selection is really what will distinguish the Telstra TV from its competition. Until now, most devices that connect to your TV to offer streaming capability have not offered the majority of apps that users are after. Here, Telstra has been very proactive in signing deals with major streaming providers. SVOD platforms Netflix and Presto are offered, with Stan available next month. Nine, Seven, and SBS’s catch-up platforms are available, with ABC iView and Tenplay expected by Christmas. In addition, popular services like YouTube and Crunchroll are also available. All up, there will be 15 apps available.

Notable exceptions from Telstra TV are the Foxtel Go and Foxtel Play apps, providing streaming access to pay TV services. The omission of both is a clear strategic business decision by the team at Telstra, but it will leave some customers frustrated.

Also missing is the Sony-backed advertising-supported service Crackle. While its library of movies and TV shows is a little bit weak, they have launched a handful of original series including Jerry Seinfeld’s Comedians In Cars Getting Coffee. Where Crackle would be of considerable value to Telstra TV customers is with the access it offers to US daytime soap Days of Our Lives, a series that maintains considerable interest despite no longer appearing on free-to-air TV in the afternoons. Access to that series alone is a considerable draw to a number of potential users.

How much value you find in the Telstra TV will ultimately depend on how many features you want from your technological devices.

If your needs are simple and you just want a device that will connect to your TV easily and provide you ready access to popular subscription streaming services like Netflix, Stan, and Presto, the Telstra TV will suit your needs nicely.

For anyone after something more advanced, the Telstra TV will leave users wanting. The hardware and user interface are a little bit dated when compared to newer platforms like Android TV or Amazon Fire TV. With neither of those platforms offering Australian streaming services, that is a moot point, but with Apple upgrading their Apple TV product soon, the Telstra TV will quickly find itself with some serious competition. Next to the Apple TV, Telstra TV will look very dated.

For ease of use and the availability of almost every major streaming service currently serving Australia, Telstra TV is a compelling product. Its feature-set may be limited, but it ticks the two boxes most users will be concerned about: It’s easy to set up and use, plus it has practically all of the services that most users will be looking for.