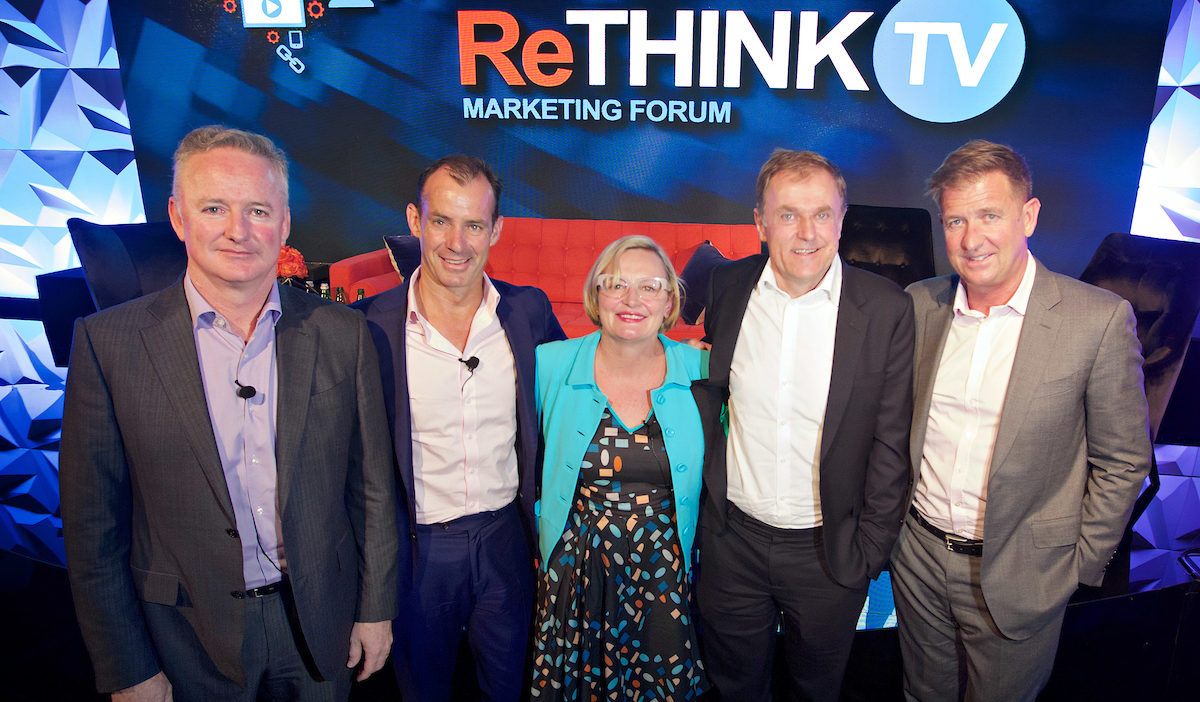 The chair of the UK TV marketing body Thinkbox, Tess Alps, was the keynote speaker at the first ever ReThinkTV marketing forum held in Sydney yesterday.

The event, organised by Australia’s new TV marketing body ThinkTV, attracted close to 900 registrations and attracted a who’s who of the TV and media agency sector who were keen to hear about how and why TV should demand a bigger chunk of ad investment.

Alps told the forum about why she made a move from media agency PHD into another role where she has become a TV evangelist:

“I found myself getting more and more irritable reading all the headlines in our trade magazines which insisted that the growth of the internet would lead to the death of TV. This narrative was being driven by the tech industry from the West Coast of the States, who believed TV was their enemy. I considered myself as an internet enthusiast – still do – but these people were different. We started call them internet fundamentalists, people who believed in the internet as if it were a religion that could do no wrong. People who were not just evangelists for the internet  but people who believed there was no other way and who wished destruction on every other form of media.

“Unfortunately this ‘TV vs the internet’ narrative took root in the UK, and in the States and globally to some extent, because no one from the TV industry challenged it at the time. It got so bad that if you said anything positive about TV you were seen to be denying the existence and growth of the internet.

“I would ring up TV companies when a new ridiculous story appeared imploring them to respond with the truth. I knew these stories were absolute nonsense, I had the data, I had the clients in the agency whose businesses were succeeding because of TV advertising but it seemed no one else wanted to swim against the tide of bullshit.

“Eventually the commercial TV companies must have got tired of me telling them off and I was asked to come and run Thinkbox, which had been set up the year before as a branded marketing initiative.”

Other key ReThinkTV sessions involved the four TV CEOs onstage for the first time ever (Seven, Nine and Ten with Foxtel), investment research from Ebiquity about how successful investment in TV marketing can be and some eye-opening ratings truths from OzTAM CEO Doug Peiffer, who talked about online video views versus broadcast TV audiences and he also questioned why the IAB was only now organising an independent audit of Nielsen’s online audience measurement.