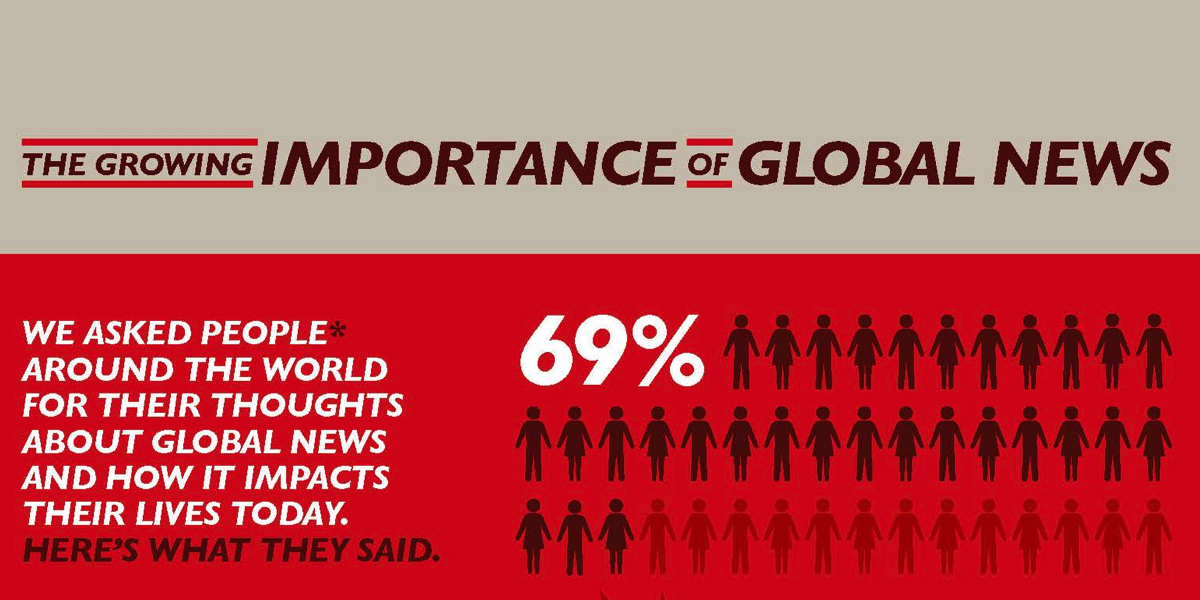 •  Study by BBC World News shows that almost two-thirds of people feel that news from other parts of the world is more relevant to them now than in the past
•  Terrorism, conflict, health and the environment are biggest issues but the global
economy is also important to Australians
•  Over half discuss international news with friends and family
•  38% have turned to social media to read about news stories

BBC World News has announced the findings of a new global survey into changing attitudes towards international affairs. The study showed that an average 69% of people are more concerned about world events now than they have ever been before.
73% of Australians cited terrorism as a global news story they are currently most concerned about, followed by war/conflict (61%) and the global economy (51%). Globally, the main areas of concern were terrorism (70%), war/conflict (59%), health (55%) and the environment (52%). Corruption was cited as the biggest issue in South Africa (65%), health was number one in Hong Kong (71%) and war/conflict came first in Germany (73%).

Globally, nearly two-thirds of respondents (64%) said that news stories from other parts of the world felt more relevant to them than they had in the past and in Australia 73% of respondents were more concerned about global issues than five years ago.

The study revealed that Australians feel that global news plays an important role in making them feel informed about what’s going on in the world (72%) and understanding it (60%).

Globalisation is driving interest and behavioural change, with more than half of Australians (56%) surveyed saying that they pay more attention to global news and that they discuss international news with friends and family (56%).

On average, of the countries polled, over a third of people (36%) use it to make decisions about how to protect their family and more than a quarter (28%) find it useful for making financial choices. A similar proportion (26%) said that they have given advice to others as a result of seeing coverage of global stories and 38% of people said they have turned to social media to read more about news stories.

Jim Egan, CEO of BBC Global News Ltd, which owns BBC World News and BBC.com/news, said, “These results show the increasing impact and relevance of news events to people across the world. At a time when many news providers are cutting their international coverage and opinion and propaganda are being touted as fact, audiences want to cut through the noise in search of information they can use to inform their understanding and decisions. As the world becomes increasingly interconnected, access to accurate, impartial news, whether on TV, radio, online or social media, is more important than ever.”

Recent figures show that the BBC’s international news services have grown across all three of its platforms – TV, radio and online have grown over the past year.

BBC Global News Ltd’s audience has grown to 105 million with BBC World News TV’s up by 12 per cent, and bbc.com/news growing by 16 per cent.

For the first time, television (148m) overtook radio (133m) as the most popular platform for BBC international news.

The BBC World Service’s audience has increased by 10 per cent and now stands at 210m, with the biggest boost coming from new World Service TV news bulletins in languages other than English. 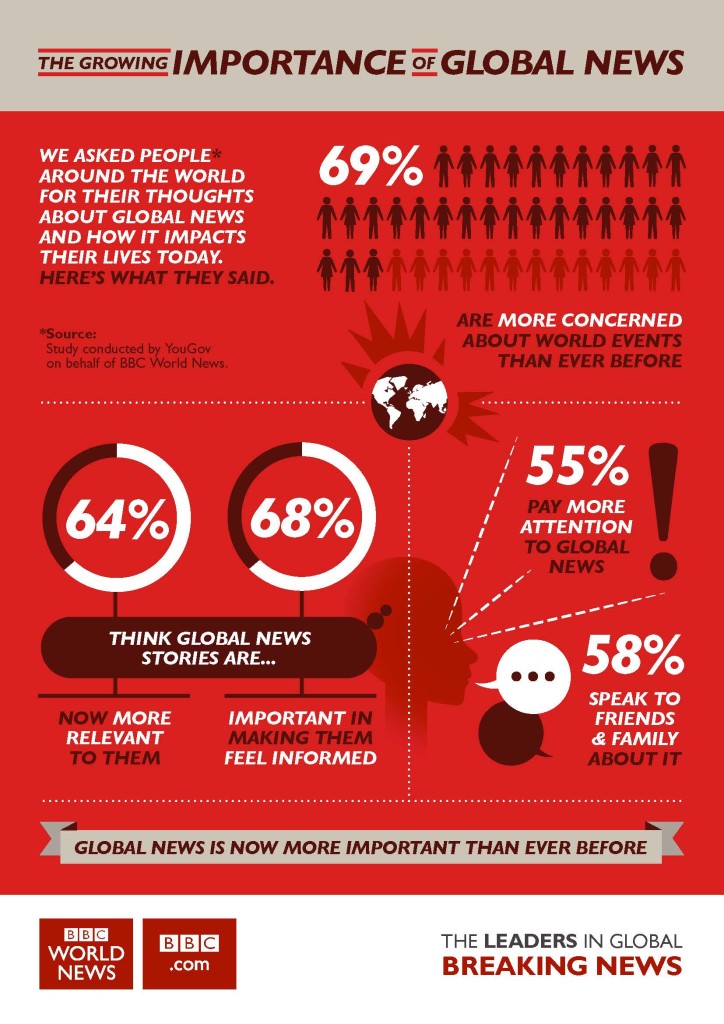