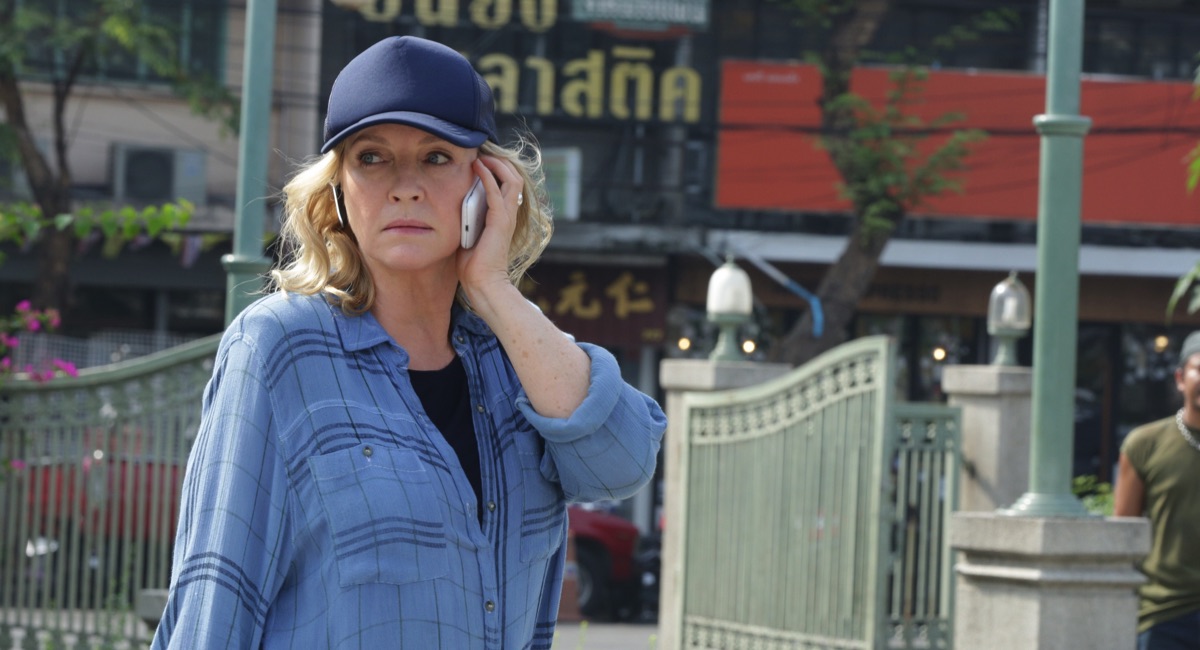 The 2016 Seven drama series Wanted was about two women who were polar opposites. The series’ co-creator and star Rebecca Gibney this week reminded Mediaweek how it started: “One woman is an account and the other a checkout chick. They have nothing in common. They have stood at the same bus stop for 18 months and never said a word to each other. A devastating thing happens at the bus stop that throws them together and they end up on the run.”

The drama from R&R Productions [the production house run by Rebecca Gibney and her husband Richard Bell] and Matchbox Pictures is returning to Seven in the first week of June.

Gibney told Mediaweek after initially working the idea into a treatment, Gibney’s agent suggested approaching Tony Ayres, one of the founding partners at Matchbox Pictures. “Within five minutes of pitching it to them they wanted to come on board. Within weeks we were pitching it to Seven and then just weeks after that we were plotting the first series.”

Gibney hadn’t worked with Ayres before, but they had been trying to find a project to work on together. “My husband and I had a very clear vision for Wanted, and to have that vision shared by other creative people was wonderful.”

Gibney admitted there had recently been international interest in the project, but even before that Seven commissioned season two promptly after season one ended. “Julie McGauran [Seven’s head of drama] has been a mentor to me and incredibly supportive and she got right behind the project from the beginning.”

Production started on season two in May last year in New Zealand, yet the series was only delivered to Seven at the start of this month. The broadcaster has wasted no time putting it to air.

Production moved at a torrid pace with Gibney estimating they filmed at close to 50 different locations spending no more than a day at each. As a producer, she estimated they had the same budget as the first series. “If we go to season three I am hoping we may get a little more money,” she offered with a hopeful grin.

If season two looks very realistic it is because there were no sets – everything was filmed on location.

“It got very tricky at times, particularly on the South Island of New Zealand because the weather changes so rapidly.” 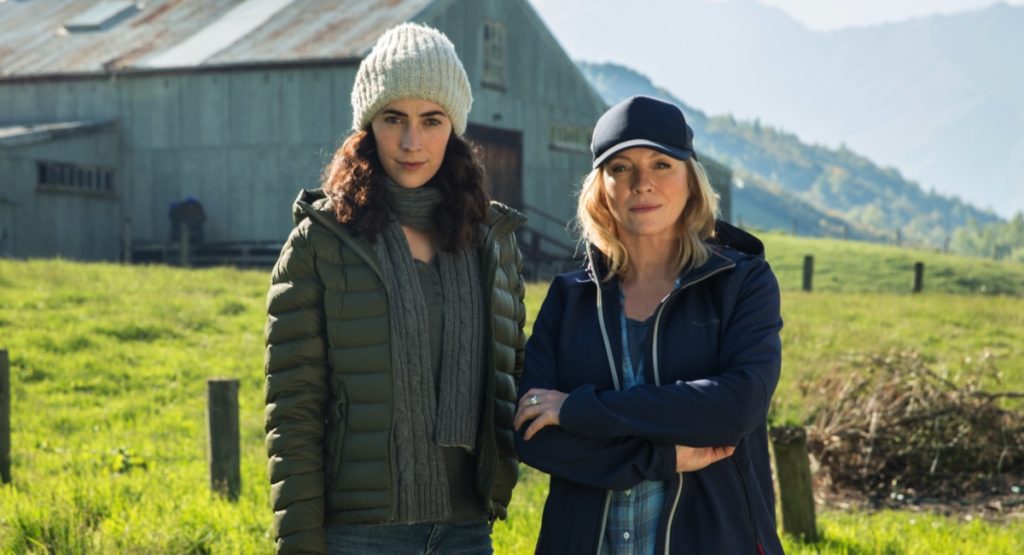 The cast and crew also travelled to Thailand where they spent just two weeks, but Gibney noted they achieved a lot in a short time. “We shot a lot in China Town in Bangkok which was very crowded.”

She noted it is expensive shooting out of Australia, but as a producer she is more than happy with the result of the finished product. “One of the greatest compliments I have had with these series came from Seven’s network programmer Angus Ross. He emailed me and said he loves the series, adding you can see the money on the screen.”

With one season as producer/star of Winter and then two of Wanted back-to-back, Gibney has three years of experience working as producer and actor on the same project. So what was that like? “Bloody hard,” she laughed. “On Winter I took a step back [from producing] because I was still learning the ropes. I shared an office with director/producer Chris Martin-Jones as I was learning. Because of that experience, when I started on Wanted I felt like I knew a bit more.

“Because the initial concept came from my husband and me, we feel like it is our baby as much as we are sharing it with Matchbox Pictures.”

When shooting started Gibney said she told the cast she would just become Lola [her character in Wanted] because she couldn’t be a character and producer at the same time.”

As to what makes a good producer, Gibney said: “A good creative producer is someone who assembles an incredibly awesome creative team around them and lets them do their job.”

Gibney’s character Lola has a stunt double in the new season. “I needed her a bit more in season two because I forgot about all the running I had to do. I was often wearing high-heeled hiking boots because my co-star is so tall.”

Returning co-stars in season two are Geraldine Hakewill and Stephen Peacocke. “Wanted was Geraldine’s first major ongoing role and we put her through her paces as she is virtually in every scene with me. I’m used to that because I have been doing it for years. But she did it with so much gusto and joy.” Gibney wouldn’t reveal exactly what it was, but she said Hakewill shows off a secret talent in episode two!

Peacocke took time to lure back. “It was tricky initially because his agent in the US said he didn’t want him to go back to Australia. Stephen is such a good guy and he loved the show. He couldn’t commit initially, but he eventually was able to do it.”

How to cast a TV drama

“It is very tricky,” Gibney told Mediaweek. She said you list all the cast and how much you can afford to pay each one. But you can’t put it up on a white board in case someone sees it!

“You rely very heavily on a very good line producer [to manage the budget] and your casting director. We have had two great casting people including Greg Apps who worked on season one.

“As an actor myself I want to pay them as much as possible. I wish we had budgets like they do in the US. And it is not just the actors, I want to pay all our crew more than they get because people work incredibly hard for a limited time.”

Her production business R&R Productions is very ambitious, admitted Gibney. “We have two films in development plus another series we are also developing. We are also hopeful for a season three of Wanted.”

Not everything R&R has pitched has been snapped up though. “We did a treatment for a 10-episode series which didn’t quite get there.”

Working alongside her husband does come with its challenges. “The best thing is that we are such great mates that we tend to agree on everything. It’s the times that we don’t agree that it gets really bad as we are both pig-headed and think we are right.”

Gibney also emphasised she is still available to be cast in other peoples’ productions. “It will actually be a relief for me next time when all I have to do is pick up a script and learn my lines. I have a couple of scripts I am reading at the moment and there is a big change for me later in the year.”

Gibney: “Drama is expensive to make, but Australia is producing quality drama. We need to keep investing in it. I know reality is cheap, but it is takeaway television, you watch it and forget about it and it doesn’t have an impact. You can watch a really good drama and it will impact you for a very long time.”

Although reality TV currently owns the 7.30 timeslot on commercial networks, Gibney can foresee a day when drama might return to earlier in the evening. “People might soon start craving a family drama or something they can escape into other than reality TV.”

She admitted she could be tempted to make a factual series though. “If someone wants to pay me to go on the road and eat cheese and drink wine and go to great restaurants I will do that. That is my idea of a good reality show.”