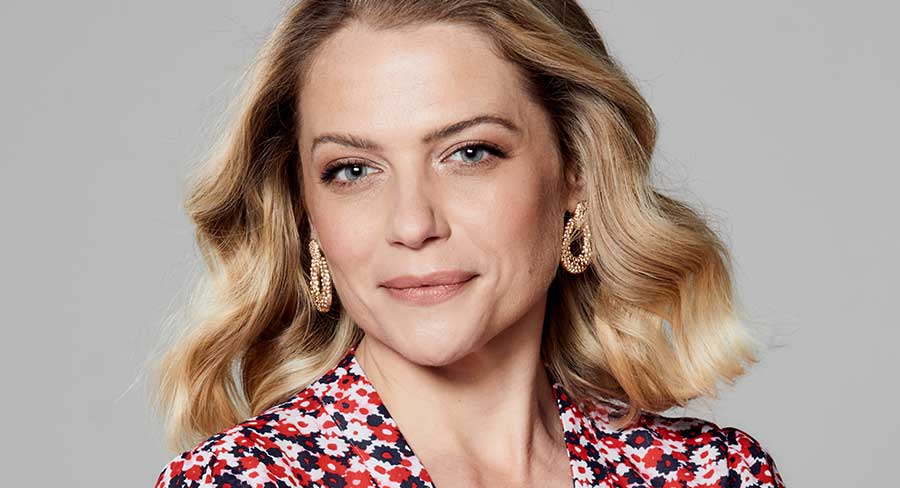 Gourmet Traveller editor Joanna Hunkin joined the publication at an interesting time taking up her role in September 2019 – just a few months before COVID-19 sent the world into a spin.

On top of this, the magazine’s publisher Bauer Media Australia went through a merger with Pacific Magazines and then a sale itself to Mercury Capital.

Hunkin has been working with Gourmet Traveller’s smallest team ever with the number now down to six due to cost-cutting and redundancies but says that she has used this as an opportunity to focus on the readers.

“It hasn’t thrown up new issues as much as it has escalated some of the pre-existing issues that were there and sadly it has had some disastrous consequences for some magazines and titles,” Hunkin told Mediaweek. “We have survived and are still publishing but it is still difficult for everyone to know what is going around them in the industry.

Hunkin said that one of the main things that she learnt from this situation is to not go with the knee jerk reaction. She said a prime example was the May issue of Gourmet Traveller which was dedicated to all things Japanese, and was originally intended to be an Olympic Special.

“Working in the magazine industry we are working three months in advance so by the time the shit hit the fan in March we were already working on the May issue, which was meant to be about the Olympics in Tokyo which obviously didn’t happen. If I had the choice I probably wouldn’t have gone ahead with the Japan issue. My gut instinct was that it sounds like a terrible idea, pull it, but because of resourcing and everything going on I had no choice and had to run with it. Two months later it became our highest selling issues in two years.” 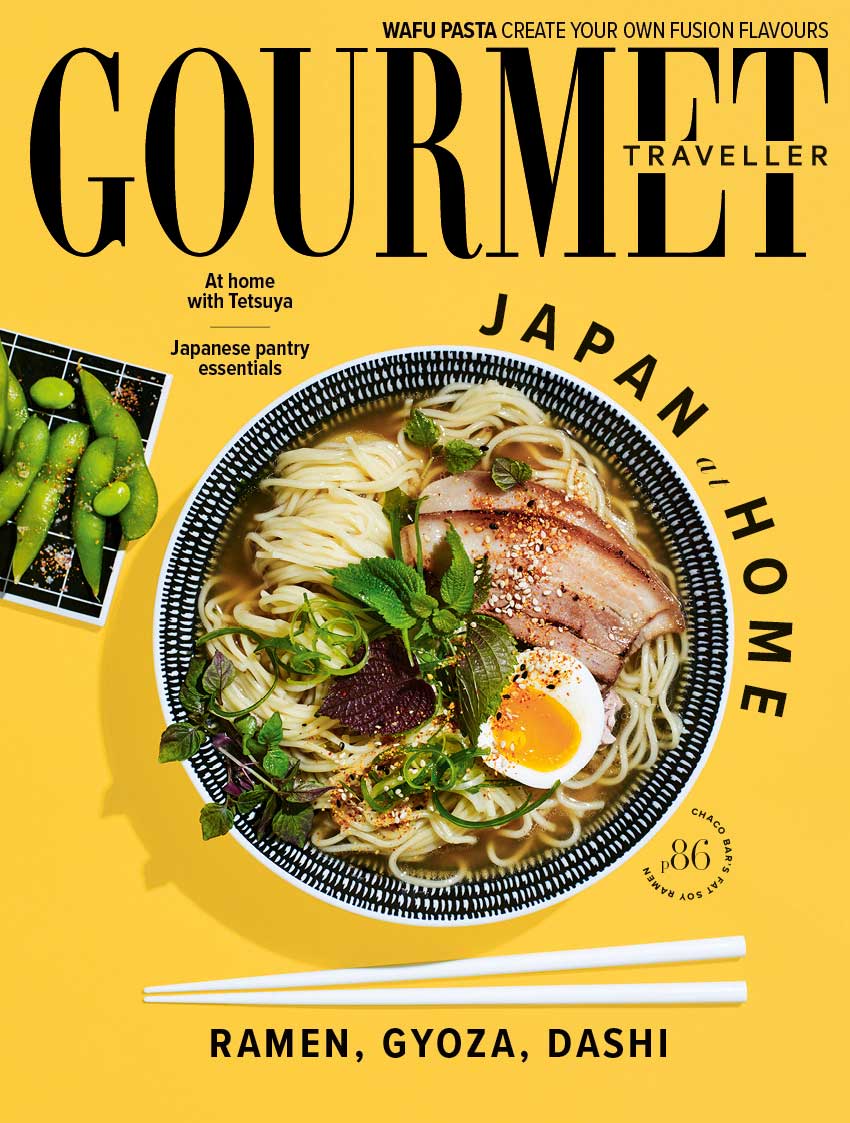 Content has been an interesting challenge for the Gourmet Traveller team, aware that their audience is sick of making pasta at home, wanting escapism and inspiration.

“Pre Covid our content breakdown was 65% recipes, maybe 10% restaurant news and reviews and 25% travel.”
Travel content was refocused to domestic adventures, and restaurant initiative news blossomed.
“We also introduced the good news section which focused on social outreach initiatives and the good things people were trying to do.

“In regards to digital we leaned into the recipe content but even before Covid, recipes were our biggest audience driver, our food content is the core pillar of what we do and its why people buy the magazine. Fortunately, just prior to Covid in March, we did a bit of market research so were really tapped into what people were looking for from us and what they responded to and through COVID that hasn’t changed.”

Cost-cutting and budget freezing was a major hurdle for Hunkin who found ways to preserve with her tight nit team.

“We had our budgets frozen for a while and were very limited in what we could do in creating content and photoshoots partly due to social distancing and partly due to the costs and this forced us to get very creative. Luckily, we have an incredible team who were committed to Gourmet Traveller legacy which has been around for almost 55 years, and none of us wanted to see that end.

“Being part of Bauer on the food floor there is all this material we have access to and through smart editing and curation, there were ways we could create content that was new to the Gourmet Traveller audience that wasn’t custom made for that audience.

An example of the Gourmet Traveller’s creative approach can be seen in the July issue which Huskin said was conceived during peak Covid-19.

“That was our peak Covid issue, we had to bring it together while under lockdown. The cover was shot by our creative director on her kitchen floor for the grand sum of $90 which was the cost of the bread and it went on to be the third best-selling issue of the year.” 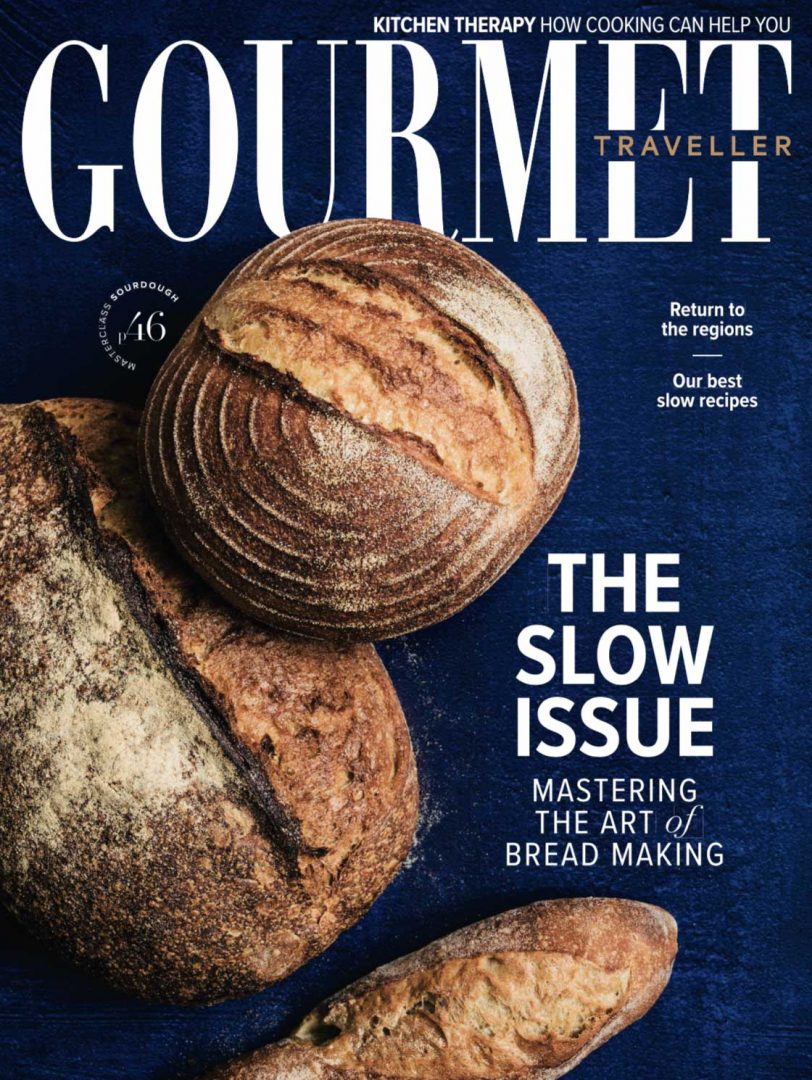 Although Hunkin said there is a small sense of normality after the August issue’s photoshoot at The Old Fitzroy Hotel in Woolloomooloo which was the first shoot in 3 months.

“The reality is our resourcing has permanently changed so it can’t go back to the way we used to do things. Hopefully as things rebalance we will get more resources and bring back certain things and work with freelancers and contributors again.” 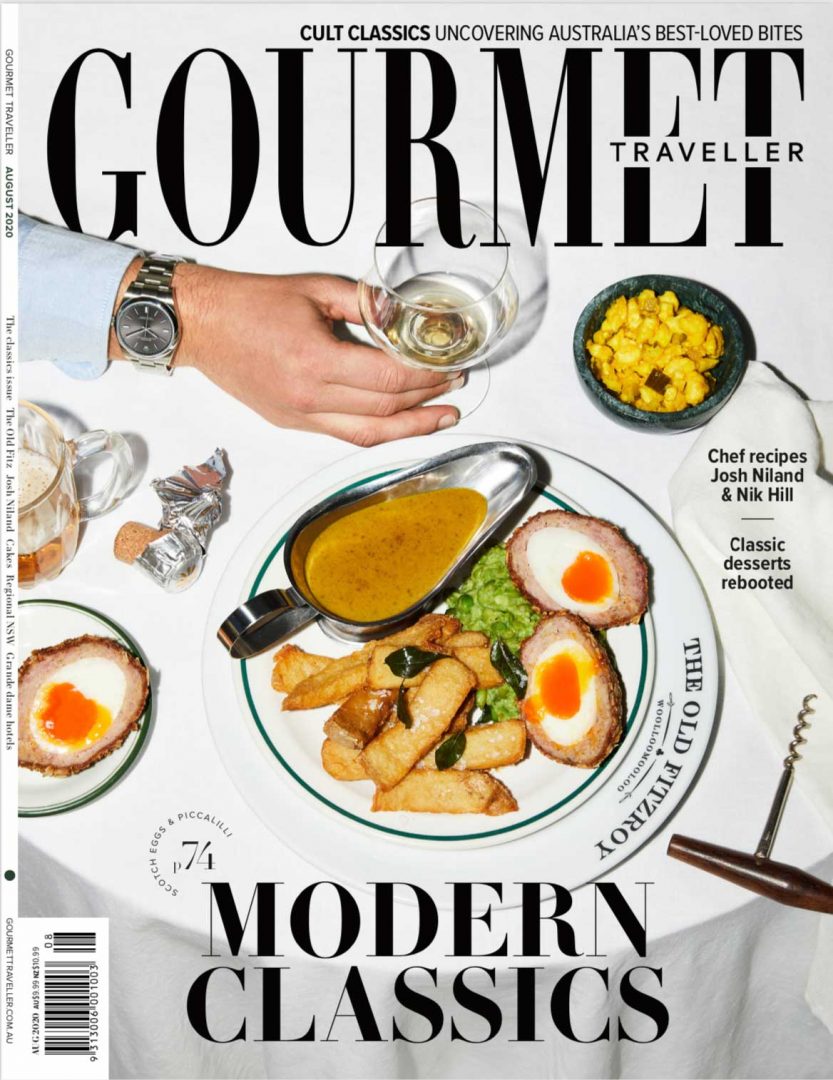 Even before Covid-19 Gourmet Traveller was looking beyond traditional sources of revenue but due to lockdown had to find an innovative solution to fill one of their main commercial pillars, experiential and event-based revenue.

“We were working with a wine partner named Church Road Wines, and we were meant to do a reader dinner with them in Sydney. We turned it into our first-ever virtual event where we did a virtual wine tasting. Readers could order and buy the wine online through an ecommerce site and got three bottles of wine delivered to their door and received recipes cards from Attica’s Ben Shewry who was our guest chef.

“I hosted the event on a Thursday night joined by Shewry and Chris Scott who is the chief winemaker for Church Road Wines. It was basically zoom drinks but we had 400 hang out and watch along with us. We sold over 100 wine orders with people spending up to $100. We got a lot of feedback from readers and followers outside of Sydney and Melbourne, and gave us a model to engage with a broader audience.”

The August issue of Gourmet Traveller is now on sale.