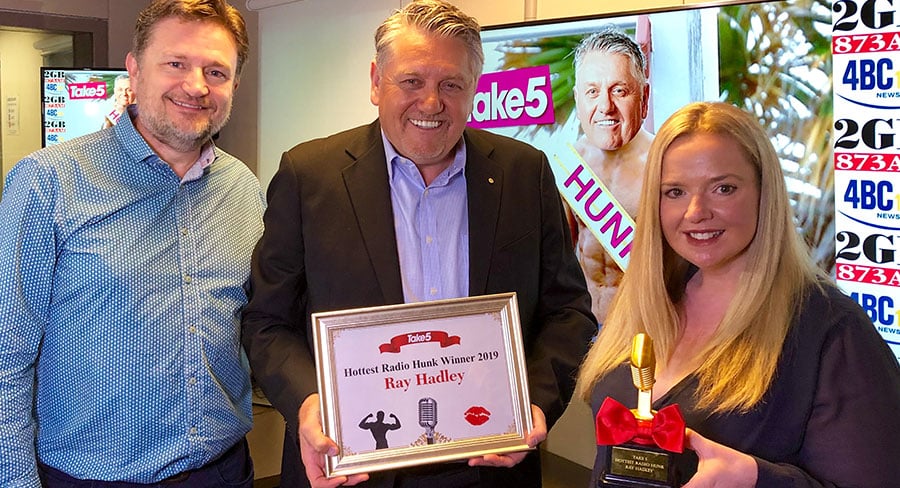 “This is the greatest accolade of my career.”

Ray Hadley, 64, has been voted Australia’s sexiest radio star and was presented with his trophy live on The Today Show by Take 5 editor Paul Merrill.

The 2GB morning host beat out Hit Network’s Dave Hughes in the nationwide contest with over 11,500 listeners voting in a poll organised by Take 5 magazine with reigning champ Brendan Jones in sixth spot.

Hadley said: “This is the greatest accolade of my career. I’m a very worthy winner, and at 64 it was probably my last chance. Hughesy’s got plenty of time left to win.”

Take 5 editor Paul Merrill said: “The top 25 definitely shows that being ‘hot’ isn’t just about physical appearance – it includes voice, sense of humour and personality too. To his listeners, Ray is a guilty crush and every bit as sexy as hunky stars 40 years his junior.”