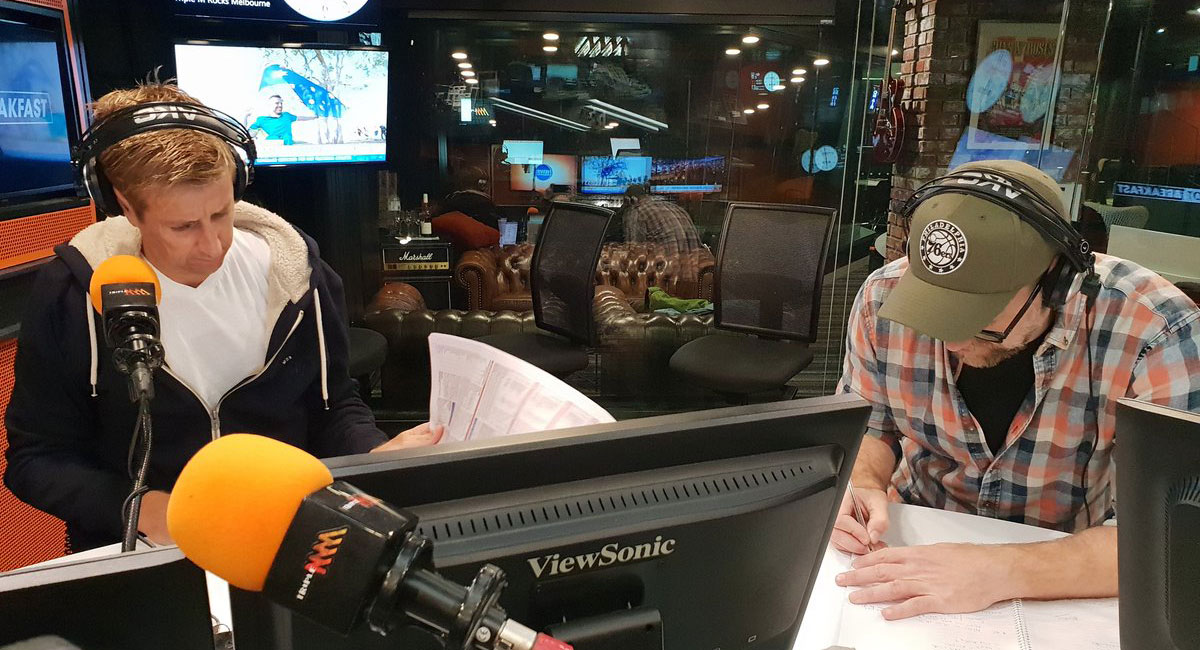 Who’s filling in for who and where you can tune into listen to them.

Substantial changes to breakfast radio in most markets take place today as radio enters the second survey break of the year with a week until survey three for 2018 starts on April 22.

It is the day Macquarie Media has chosen to launch the Sydney-Brisbane and Melbourne breakfast shows on its new Macquarie Sports Radio network.

The Macquarie Sports Melbourne breakfast show is being hosted by Tony Leonard and Tony Shaw with Jimmy Bartel. Leonard said this morning as a rule the 7am hour will generally be devoted to AFL discussion. The Macquarie Sports Sydney breakfast show is being looked after by John Stanley and Beau Ryan. A key feature for them in the 7am hour today was an interview with Ray Hadley from sister-station 2GB where he revealed what really went wrong with the Closing Ceremony with regard the decision not to involve the athletes and what happened behind the scenes regarding Delta Goodrem.

Kyle and Jackie O have recorded special intros daily for a week of Best Of programs as Kyle travels to the US for another visit to Coachella. Nova 969 in Sydney is playing Fitzy and Wippa highlights while 2Day FM’s MC is playing music launching the “greatest hits of your childhood”. Jonesy and Amanda are also having a break with a Best Of program filling the WSFM slot.

Triple M Melbourne saw Lehmo return to breakfast radio as he co-hosts a week of breakfast with Mark Howard. The show got off on the wrong foot though as they played the old intro, not a new one they had organised.

Australia’s highest-rating show took a week off with Justin Smith and Kate Stevenson returning to the airwaves filling in for Ross and John. The 3AW duo has Basil Zempilas on air early this morning explaining just how bad the Comm Games Closing Ceremony was.

Nova 100 had breakfast anchor Deano hosting a Best Of Chrissie, Sam and Browny.

No holiday for the most successful broadcaster in Australia’s biggest city – Alan Jones spent plenty of time hammering the Comm Games committee and ridiculed a statement from Peter Beattie trying to explain the Closing Ceremony.

At Fox FM, the massive cume audience is getting a week of Fifi, Fev and Byron live. They are staying on air ahead of Fev’s bucks party next Monday and then go on a break.