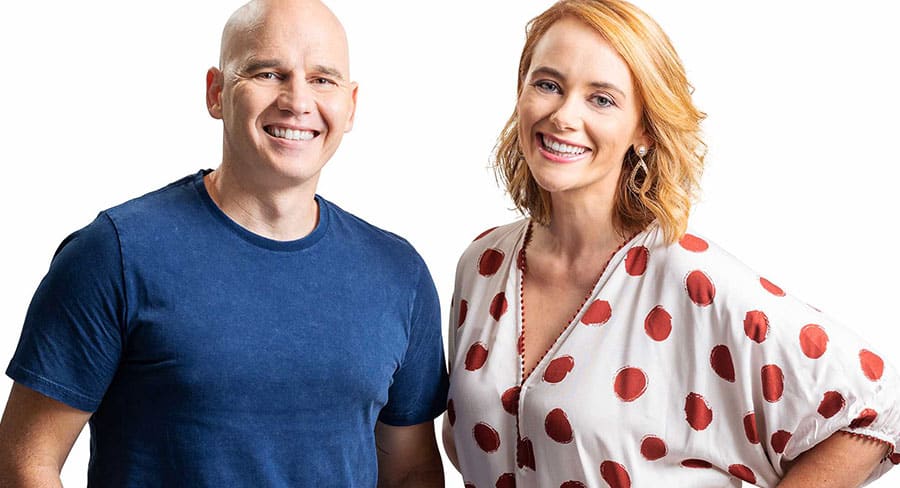 Forster has been a regular voice on Star 104.5 for nearly three years, relocating from Sydney to the Central Coast, to seek a better quality of life for her family. Star 104.5’s casual news journalist has been filling in with Rabbit since 20 January this year, following Julie Goodwin‘s decision to step back from Star 104.5’s breakfast show.

Shayne Sinclair, Star 104.5’s program director said, “Sarah’s upbeat and engaging personality makes her the perfect fit to join Star 104.5 in breakfast. Filling in for Julie Goodwin since the start of the year, Sarah has done a tremendous job and has well and truly earned the opportunity to join the show full time. Rabbit & Sarah will do a show that’s always upbeat, family friendly, and distinctively Star 104.5. It’s live, local, hometown radio!”

Sarah Forster said, “The past few weeks have been a blast, so I am ecstatic to be joining Rabbit on Star FM breakfast on a permanent basis. It’s the best job and the best place in the world.”

Forster will join Dave ‘Rabbit’ Rabbetts as Star 104.5’s new breakfast show. With over 30 years of radio experience, Rabbit has carved out an impressive radio career across multiple radio networks in New Zealand and Australia. Rabbit first joined Nova 96.9 in 2001 as part of the original Nova line up, and during his six years with the station hosted several number one shows. After a six-year stint at SAFM, he returned to Nova 96.9 in 2013 before making the move to the Central Coast to join Star 104.5’s breakfast show in 2015. Rabbit was joined by Julie Goodwin In January 2016.

Rabbit said, “I’ve been completely blown away with how the Coast embraced Sarah while she was filling in on the show. She was stepping into some pretty big, and colourful shoes, and she’s fitted in perfectly. I’m stoked that’s she’s agreed to join us full time!”

After four years working alongside Dave ‘Rabbit’ Rabbetts, Julie Goodwin announced her decision to depart the show in December last year. She has played an integral role in finding the right person to fill her shoes and is elated to hand the microphone to Sarah.