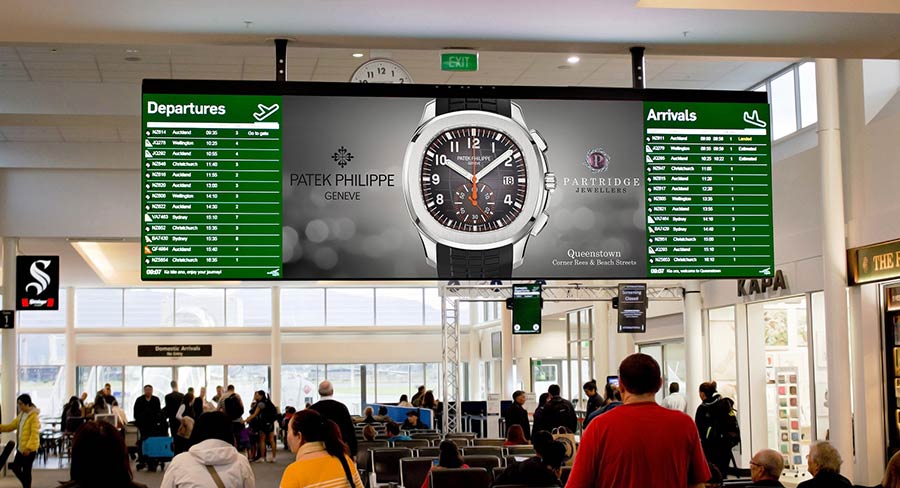 APN Outdoor has won the tender for Queenstown Airport.

APN Outdoor chief executive officer and managing director James Warburton said: “We are delighted to have the opportunity to work with Queenstown Airport Corporation.

“As the gateway to the lower South Island, Queenstown Airport is recording strong growth and attracting a higher proportion of young passengers than other New Zealand airports.”

The new agreement with Queenstown Airport comes hard on the heels of extending its partnership with Christchurch Airport to 2026.

APN Outdoor country head New Zealand Mike Watkins said: “Our development strategy for Queenstown Airport is to create an advertising environment unlike any other airport in New Zealand.

“We aim to deliver innovative and emerging technologies that will enhance the passenger journey and create a contemporary look and feel for the advertising assets at Queenstown Airport.

“Vibrancy and engagement are key to our vision, providing advertisers with assets that will give impact, immediacy and reach and frequency – plus the ability to create a true sense of place, for one of the most beautiful regions in New Zealand,” he said.

APN Outdoor, which has worked with airports in New Zealand for more than a decade, will hire a South Island representative to service Queenstown and Christchurch Airports and local clients.

Queenstown Airport is the fourth-busiest airport in New Zealand by passenger numbers. In late 2017, it marked two million passenger movements over a 12-month period for the first time in its history.