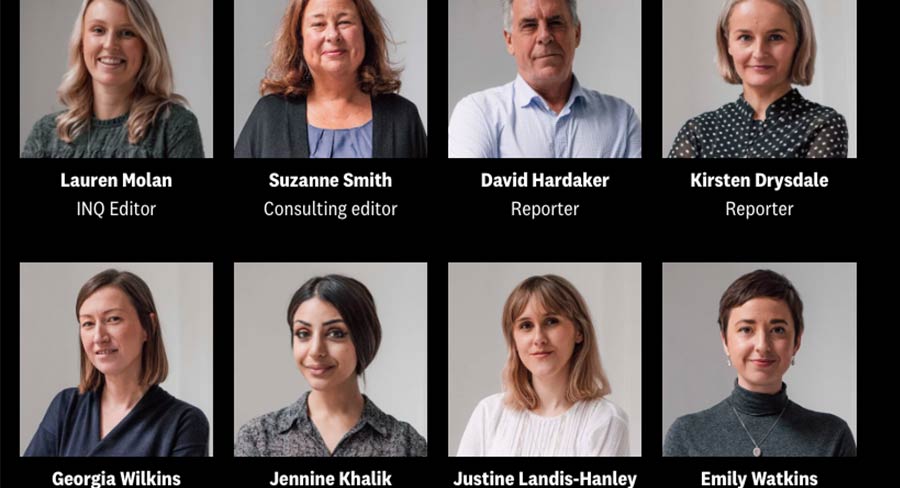 The initiative is the culmination of a long-running collaborative project between the team at Crikey and two of Private Media’s largest investors.

Private Media’s Crikey has announced its 12-person INQ team ahead of a launch on June 24 when it will publish the first reports from the inquiry journalism initiative.

Eric Beecher, Private Media chairman and editor-in-chief, announced the plans for INQ in February this year.

The initiative, which originally aimed to launch in April, is the culmination of a long-running collaborative project between the team at Crikey and two of Private Media’s largest investors, John B Fairfax and Cameron O’Reilly, who together have a long association with the media.

Former The Project chief-of-staff Lauren Molan heads the INQ team, six-time Walkley Award-winner Suzanne Smith is consulting editor and among the reporters is former 7.30 and The Checkout reporter Kirsten Drysdale.

In announcing the launch, INQ last detailed its principles:

Our Inquiry Journalism model is built on questions. We don’t just look for the big stories, we look for the side-stories, the stories under the surface that reveal where the real power lies, and who is influencing it.

We’re not part of any establishment, we’re here to scrutinise the establishment and call bullshit when we need to. And unlike so much of Australia’s “local” media, we are actually owned and controlled here, not a mere cog in someone’s global network.

We often take our readers behind the curtain and under the hood, because how the story happens is sometimes just as important as the story itself. Our journalists reveal the side details so our members get the inside running.

We’re not interested in filling columns, or baiting clicks. Our membership model requires us only to tell important stories, and to live up to the high expectations of our members. Story length, team structure, format, everything is open for discussion. The truth is the only thing that matters.

How investigative journalism is paid for is one of the biggest questions facing the media at the moment. We can’t speak for everyone else, but we can share how INQ is funded. INQ is part of Crikey, which over nearly 20 years has avoided industry trends and remained a subscriber-only email supported by a pay-walled site. This reluctance to follow trends has insulated us from industry changes. It seems like every time an algorithm flaps its wings, a news site dies.