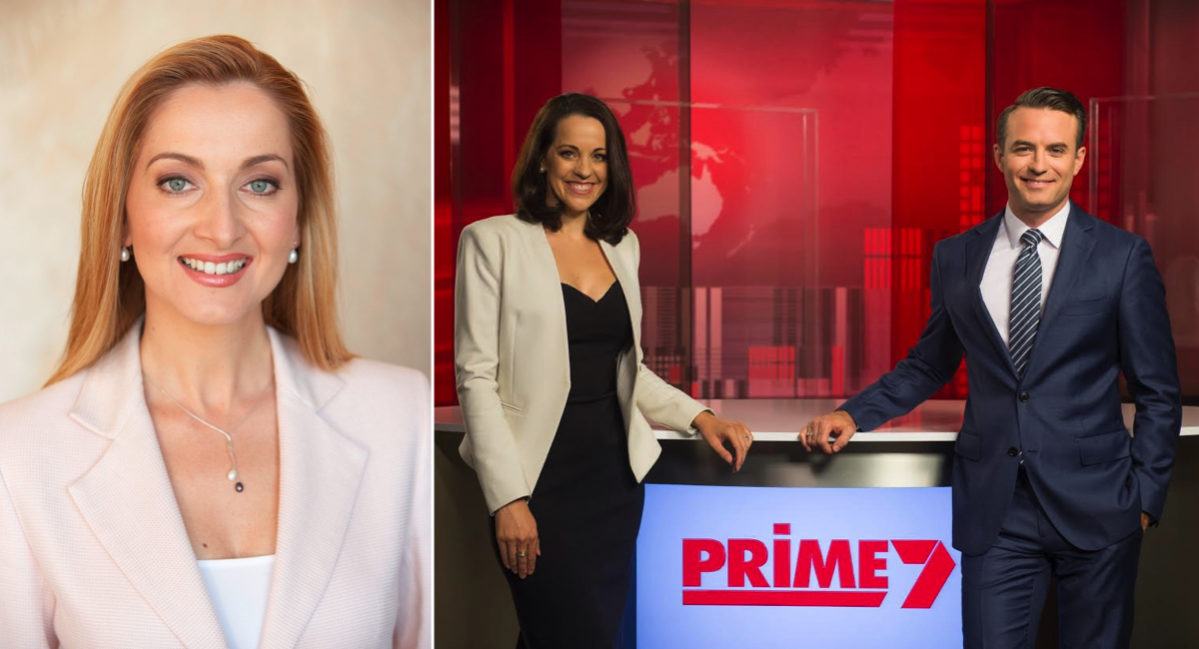 From Monday February 13, Prime7 News at 6pm will be presented by a tandem newsreading team of Madelaine Collignon and Kenny Heatley.

Prime7 is highlighting both of the new presenters who live and work in regional Australia. The change in format comes as Prime7 farewells news presenter Freya Cole who is joining the Seven Network.

With a combined background of over 30 years in the media industry, Collignon and Heatley are both well-known to regional viewers. Collignon returns to the Prime7 news desk from the recent birth of her son Darcy, while Heatley has been combining weather and news presenting roles with the network since 2015. Heatley has also recently become a first-time dad to baby daughter Riley.

“As a new mum coming back to work, it’s great to be teaming up with new dad Kenny. He’s a great talent with a terrific track record in journalism – together we’ll ensure the local news is brought to viewers in a refreshing and interesting, but always informative way,” said Collignon.

“I’m thrilled to be sharing the desk with Maddie and can’t wait for our viewers to see the planned changes,” added Heatley. “It’s great to have the opportunity to join such a highly respected and experienced presenter in bringing our viewers the stories that matter most to them.”

Prime7 news chief Paul Patrick said, “Madelaine and Kenny will be a formidable duo up front in what is only the first of many changes Prime7 is unveiling over the coming weeks as we herald a new approach to news reporting. Prime7 is committed to a full half hour of local news to ensure that every local issue is investigated, every local event celebrated, and each and every government decision affecting our viewers is scrutinised and interrogated.

“Our dominance in local news across NSW demonstrates our audience’s appetite and need for depth and quality in local news, weather and information,” Patrick added.

The company says Wollongong-based Lauri, who has spent the past 10 years as WIN’s NSW director of news, will oversee newsroom development and production across the country, leading a consolidated push to target the network’s long-standing vision of giving viewers the broadest and most in-depth local coverage of events and issues within their regions.

WIN Network CEO Andrew Lancaster said the appointment reflected Lauri’s comprehensive experience as both a reporter and producer and her understanding of what regional audiences wanted from their nightly half-hour local bulletins. “Stella’s record in the industry speaks for itself. From the moment she started at WIN in 1993 as a reporter, she has built a reputation as a tireless advocate for the community and a journalist with a strong sense of news value,” he said.

“She gained valuable experience as part of the Nine Network where she worked on stories of national and international importance such as the Waterfall train disaster, the Cronulla, Redfern and Macquarie Fields riots and the Bali bombings. She handled her own bureau during this time and has been mentored by some of the most highly respected journalists in the business.

“In what will be a more competitive local news market in regional Australia, Stella is well qualified to take WIN News into the future and deliver the style of strong, relevant half hour local bulletins that WIN News is renowned for.”

In her new role, Lauri is looking after 16 newsrooms across the network and working on 16 local bulletins a night in addition to All Australian News.