“We always had the desire to do something together,” 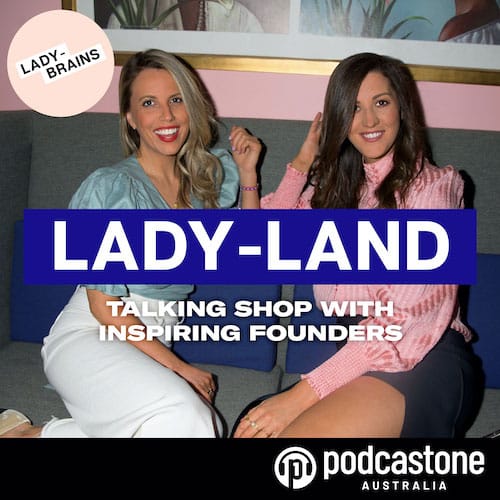 The Melbourne-based longtime school friends went their separate ways into the business world after university, but later teamed up to inspire and share learnings with others.

Mackenzie went into the corporate world while Judd worked for herself for the past six years building her business and others.

“We always had the desire to do something together,” Mackenzie told Mediaweek.

“We have had lot of ideas and little execution,” laughed Judd.

Mackenzie: “Two-and-a-half years ago we came together with a third person, who is no longer with the business, and started supper-clubs with other entrepreneurial women. We started building a network in Melbourne and then Sydney.”

From these supper clubs they started recording the sessions which became their initial podcasts. Calling their partnership Lady-Brains, the business is now building a community of women in Melbourne, Sydney and New York. “We connect entrepreneurs in all of those cities,” said Mackenzie. “We do it through events and our online platform. We exist to help close the entrepreneur gender gap.”

The partnership with PodcastOne started almost a year after their first podcast recordings.

Judd: “We had two seasons of interviews before connecting with PodcastOne earlier this year. We had a great product that was getting a great reception. One thing that was missing was the ability to dial up the production quality and a platform to give it greater reach.”

While Lady-Land originally started with live podcast recordings, all the new PodcastOne series were recorded in the offices of the businesswomen they interview.

Mackenzie: “So far we have interviewed in Melbourne, Sydney and New York.”

Judd: “We are now both fulltime on Lady-Brain which is our broader business.

“The podcast arm of our business is about inspiring the women in and beyond our network and sharing the stories of company founders who paved the way for others.”

In the past Lady-Brains has received income from some podcast advertising and broader sponsorship deals.

Mackenzie: “Brands now also sponsor our events and we generate revenue through tickets sales. Next year we are rolling out a paid membership model. We will also be launching an online education arm with programs.”

The Lady-Brains duo spent a month in New York in July, recording podcasts with mostly Australian businesswomen in the US. “We are also building a New York community with supper-clubs.”

The series speaks to experts on the topics including qualified sex therapists, physicians, intimacy coaches, lecturers and sexologists.

Hosted by Sophie Giles, Thinking Between the Thighs consists of six episodes covering the most Googled questions about sex, including:

Giles has written extensively about sex, health and relationships for GOAT, tackling plenty of taboo subjects along the way.

GOAT editor Melissa Matheson said, “Thinking Between the Thighs is all the things you want to know about sex, but never learnt at school, and turned to the internet for answers. We’re here to fill those blanks in a private and intimate setting with professionals, so listeners can feel comfortable in getting the information they need.”

All six episodes of Thinking Between The Thighs are available here. 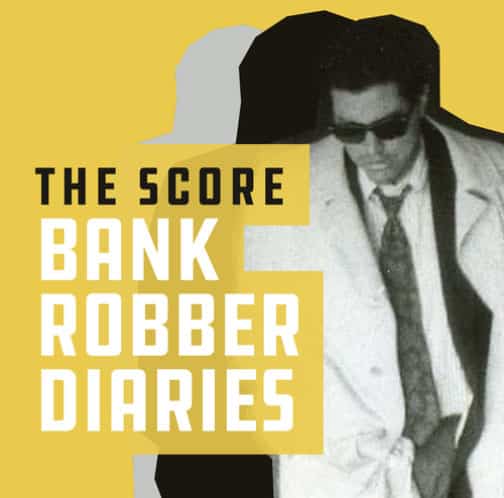 Acast has launched its first production from the new Acast Studios – The Score: Bank Robber Diaries.

The series is a co-production with Western Sound. Producer Ben Adair (Dr. Death,Young Charlie, Reveal) has worked with Acast’s team to reveal the captivating story of US bank robber Joe Loya, who went from an abused child to big-time criminal, and then a former convict with a shot at redemption. Loya is now an award-winning writer as well as a TV writer and consultant for movies such as Ant Man and Baby Driver.

Acast’s SVP of content Susie Warhurst said: “We look after over 7,000 podcasts around the world, and have been driving growth for shows from every genre since we started in 2014. We have built up a deep knowledge of what flies in the podcasting space – the regional nuances, the trends, how to tell a great story and how to bring listeners in. Launching Acast Studios is the natural next step for us as we continue to develop even more tools and services in being the creators’ network of choice.”

Acast Studios is launching to seek out even more storytellers around the world, co-funding and co-creating new shows and formats. More original podcasts are lined up for 2020 and beyond.

Acast has seen success with original content in Sweden previously. In 2015 it invested in and launched Spår alongside Martin Johnson and Anton Berg under the brand of “Acast Originals” which went on to attract millions of listens, win awards and also helped exonerate a man wrongly imprisoned. The Acast Originals name will now become Acast Studios.