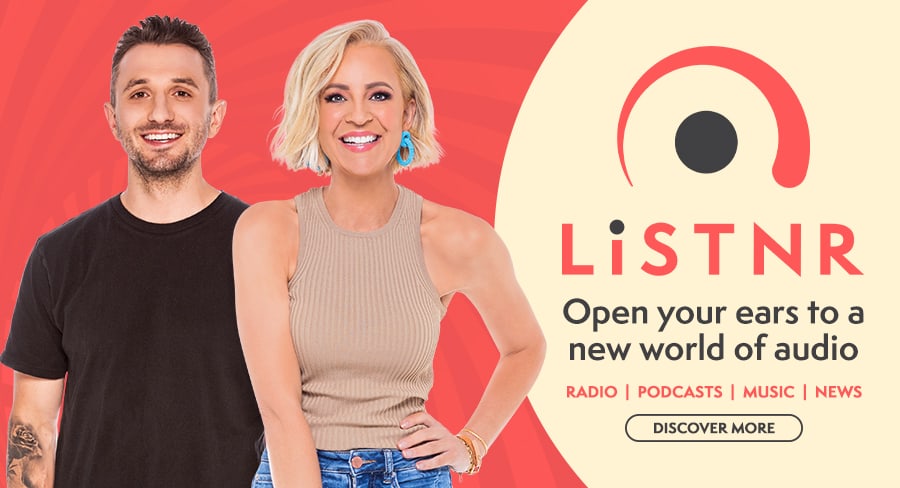 Since the Covid-19 pandemic finance podcasts have thrived, and one key example is Motley Fool Money which ranked #37 in the January Podcast Ranker, moving up 22 places.

Mediaweek’s Trent Thomas spoke with the show’s co-host and The Motley Fool’s chief investment officer in Australia, Scott Phillips, who said the LiSTNR podcast is a way to reach people who wouldn’t have searched for The Motley Fool or financial advice otherwise.

“A podcast is relatively easy listening and hearing normal people talking about normal stuff without jargon might actually help some people.”

Phillips admitted the idea for the podcast came from an unexpected phone call. “Mike Fitzpatrick at Triple M called me out of the blue and said he read my articles in the paper and asked about podcasting and thought there was something we could do to help people for free.”

Phillips said the return from podcasting is threefold, including putting a personality to the company name.

“We have advertising revenue, people who take up subscriptions and the ability to enhance and build a brand through a new audience. Hopefully by doing the podcast we position ourselves to be one of the options for people.” 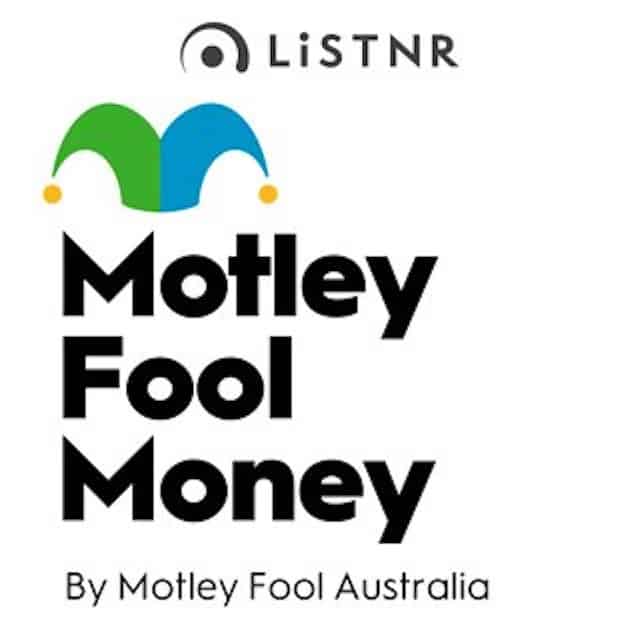 The last 12 months have seen an increase in the popularity of finance podcasts. Phillips said that along with recent events like GameStop, Covid has also had an impact, with people that kept their employment having more disposable income to invest.

“The uptake of podcasts is people realising there is a platform out there that is for entertainment, but can also be used as an alternative way to learn a few things and catch up while they are driving, exercising or walking the dog – finance really lends itself to that.

“The Motley Fool is investors writing for investors, we aren’t trying to impress anybody, and we are not in big glass offices. We ask ourselves what would I want to hear if I was in their shoes. The financial industry tries to make things more complicated than they are, and we try to break it down into understandable chunks and explain you can do it yourself.”

Phillips said that he listens to a number of podcasts both local and abroad.

“In the US Motley Fool has been doing podcasts for about a decade and we took the US business lead and tried to Australianise it.

“I love Planet Money in the US, am a big fan of Freakonomics, and the Conversations podcast here in Australia.”

Last week Vogue Australia launched Baby Steps, a podcast and fertility guide for women trying to conceive. Hosted by Remy Rippon, Vogue’s senior beauty and health editor, and Jesinta Franklin, supermodel and spokesperson, each episode will feature an interview with obstetrics and fertility experts, unpacking the myths and realities of baby-making and fertility so you can get the practical, no-nonsense advice you’ve always wanted. 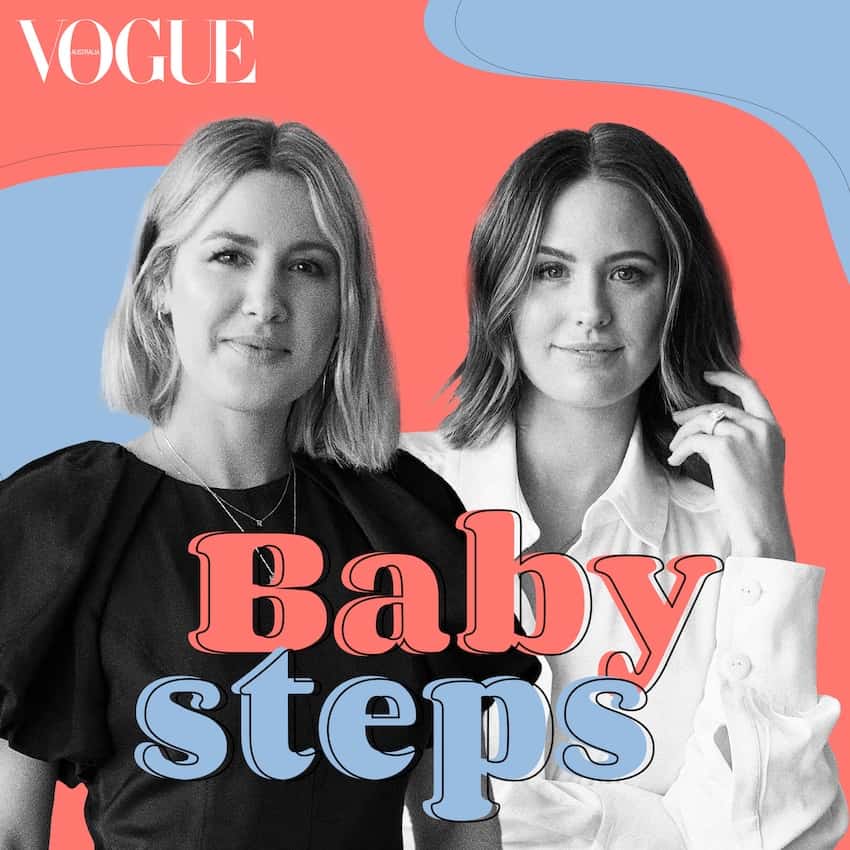 In the first episode of Baby Steps Remy and Jesinta talk to Dr Melissa Overton, general practitioner Coogee Beach Doctors, about when to stop contraception, visiting the GP, the importance of a healthy lifestyle, uncovering family history and whether genetic testing is beneficial.

Vogue Australia is also the publisher of the Vogue Codes podcast series.

Sport Today’s hosts Greg Elliott and Gemma Ryan will keep sports lovers on the ball with independent and agenda-free analysis of the day’s biggest sporting news. 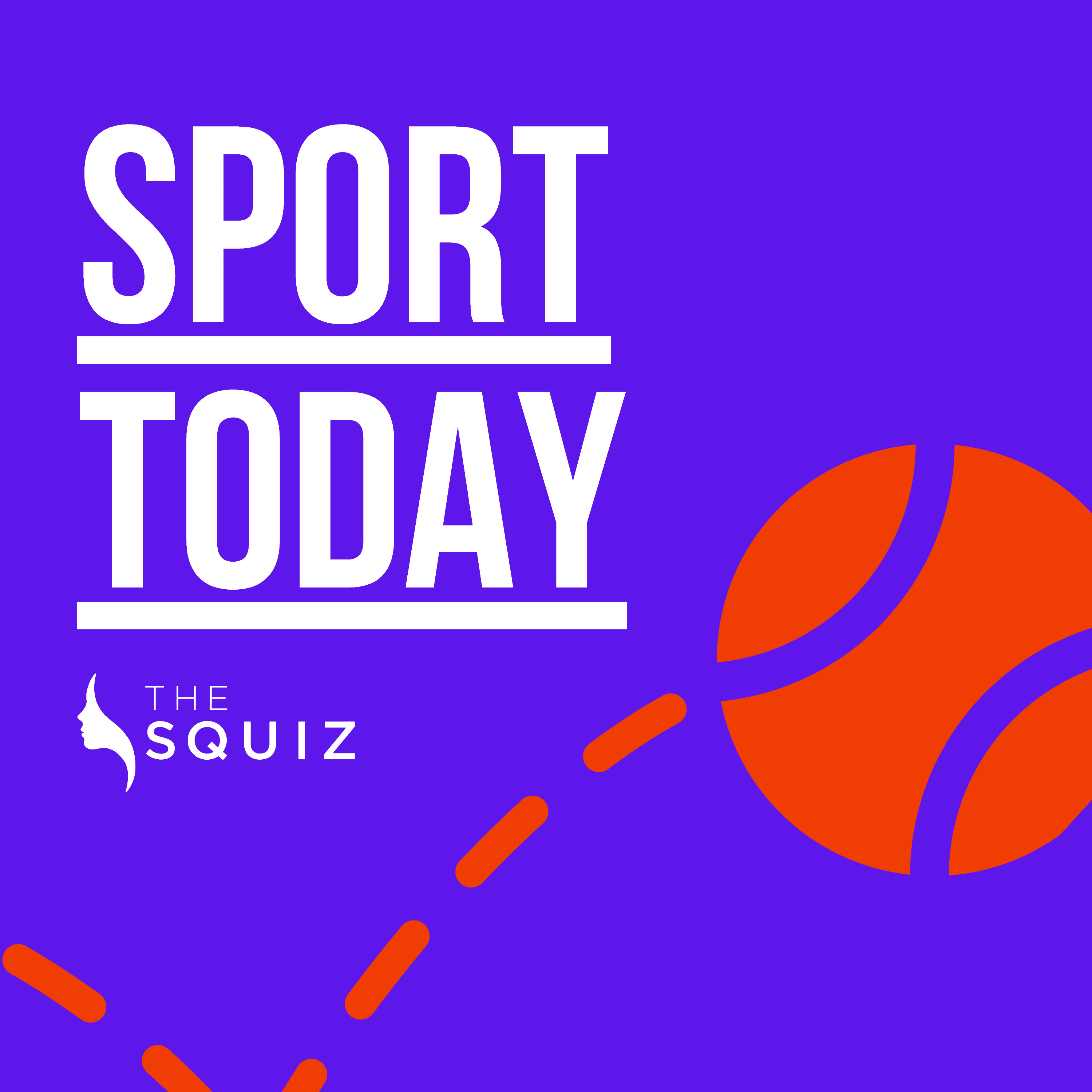 The Squiz founder Claire Kimball said: “Our thing at The Squiz is making sense of the cluttered news cycle coming at our podcast listeners and newsletter subscribers each day. Sport Today will do that for sport fans who want more than results and opinion. In less than 10 minutes each weekday, we’ll take listeners through the headlines, and unpick what makes sporting disciplines across Australia and the world tick.”

Sport Today hosts: Greg Elliott
Desperate for a sports podcast as a companion to Squiz Today, Elliott pitched the idea to The Squiz in early 2020. Elliott has a background in the content industry and is, of course, a keen sports fan.

Sport Today hosts: Gemma Ryan
Ryan has played, coached, or run water for just about every sport Aussies love. Growing up alongside co-host Greg Elliott, the pair are lifelong mates and sport obsessed. Ryan’s an avid Sydney Swans fan with an appetite for sports news across all codes.

The Dream Club promises authentic conversations with two of Australia’s most connected entertainment tastemakers and real-life friends, talking through all the things happening around the globe from film and fashion to relationships, mental health, politics and everything in between. They are calling it a pop culture conversation you don’t feel guilty about. Brooke Boney is best known as Nine Network’s entertainment reporter on the Today show. With a background in political journalism, Boney has interviewed some of the world’s biggest stars, politicians and leading thought leaders.

Co-hosting Dream Club is long-time radio announcer (FBi and triple j) and musician Linda Marigliano. She may also be recognised as bass player in her band Teenagersintokyo.

Listen to The Dream Club here.

Last column we asked Podcast Week readers to venture into the world of Cathrine Mahoney and Sarah McGilvray and their new Nova Entertainment podcast. This week we have more from the hosts of Not Another Parenting Podcast – audio recommendations. 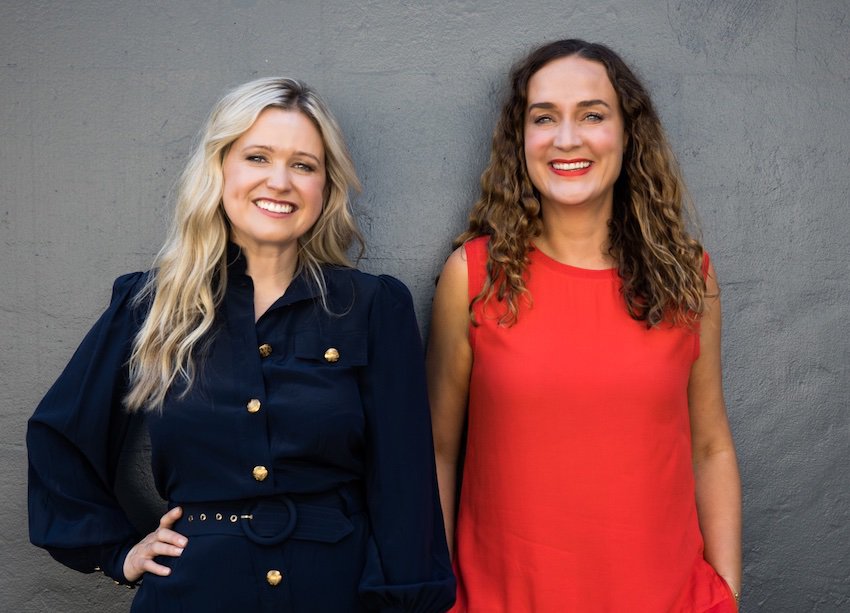 Sarah’s list
Conan O’Brien Needs a Friend
Women on Top with actress Tammin Sursok (“She is so raw. Sometimes I swerve the car when she is talking”) and entertainment host Roxy Manning
9021OMG podcast hosted by Tori Spelling and Jenni Garth. “My guilty pleasure”

Nova Entertainment and Fox Sports Australia this week announced the launch of a strategic commercial relationship to amplify and extend the reach of their podcasting audiences.

Martin Medcraf, Foxtel Media sports sales and partnerships director, said: “Nova Entertainment is a powerhouse in the audio entertainment industry and we are delighted to be collaborating with them to reach their wide listener network, provide dynamic sports content, and help brands engage even more deeply with Australia’s passionate sports audiences.” 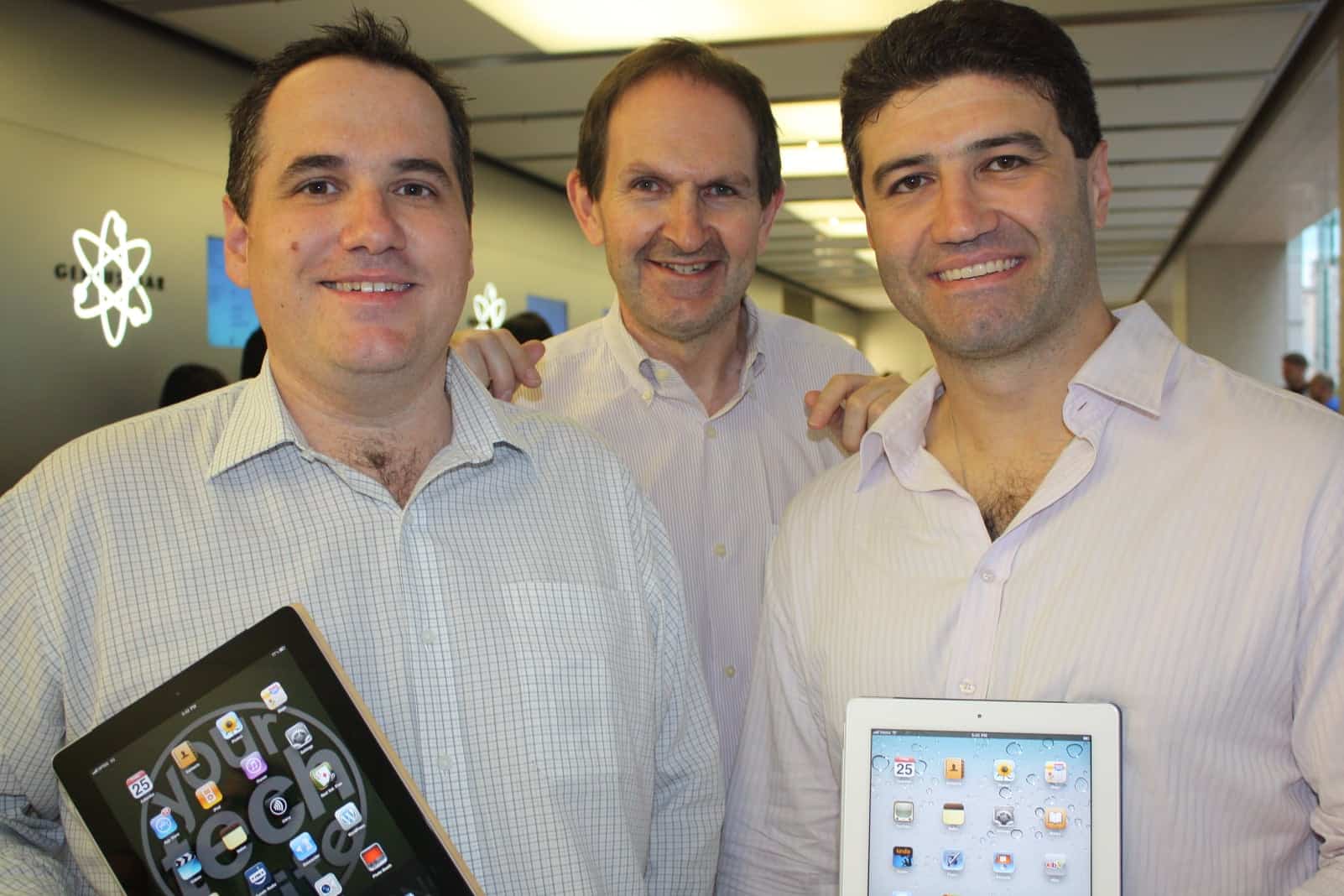 Three blokes talking tech? Mediaweek’s James Manning (centre) with Trevor Long (left) and Stephen Fenech at the start of their podcast journey a decade ago

In the decade since they have hosted over 500 podcast shows in addition to continue hosting their flourishing solo podcast projects – EFTM Tech, cars and lifestyle (Long), and Tech Guide (Fenech). The weekly Two Blokes recording sessions are alternated between studios at Tech Guide and EFTM. When the tech gurus are on the road they broadcast from whatever city they are in.

Long and Fenech both segued from their day jobs in the media to start their own publishing/podcasting empires. Long was with 2GB and then SBS before diving into EFTM.com fulltime. Among Long’s other duties are weekly radio spots right around Australia in addition to his role as the Today show tech editor. Fenech also juggles media spots on radio and TV, after leaving his job as sporting editor of The Daily Telegraph over a decade ago to launch TechGuide.com.au. 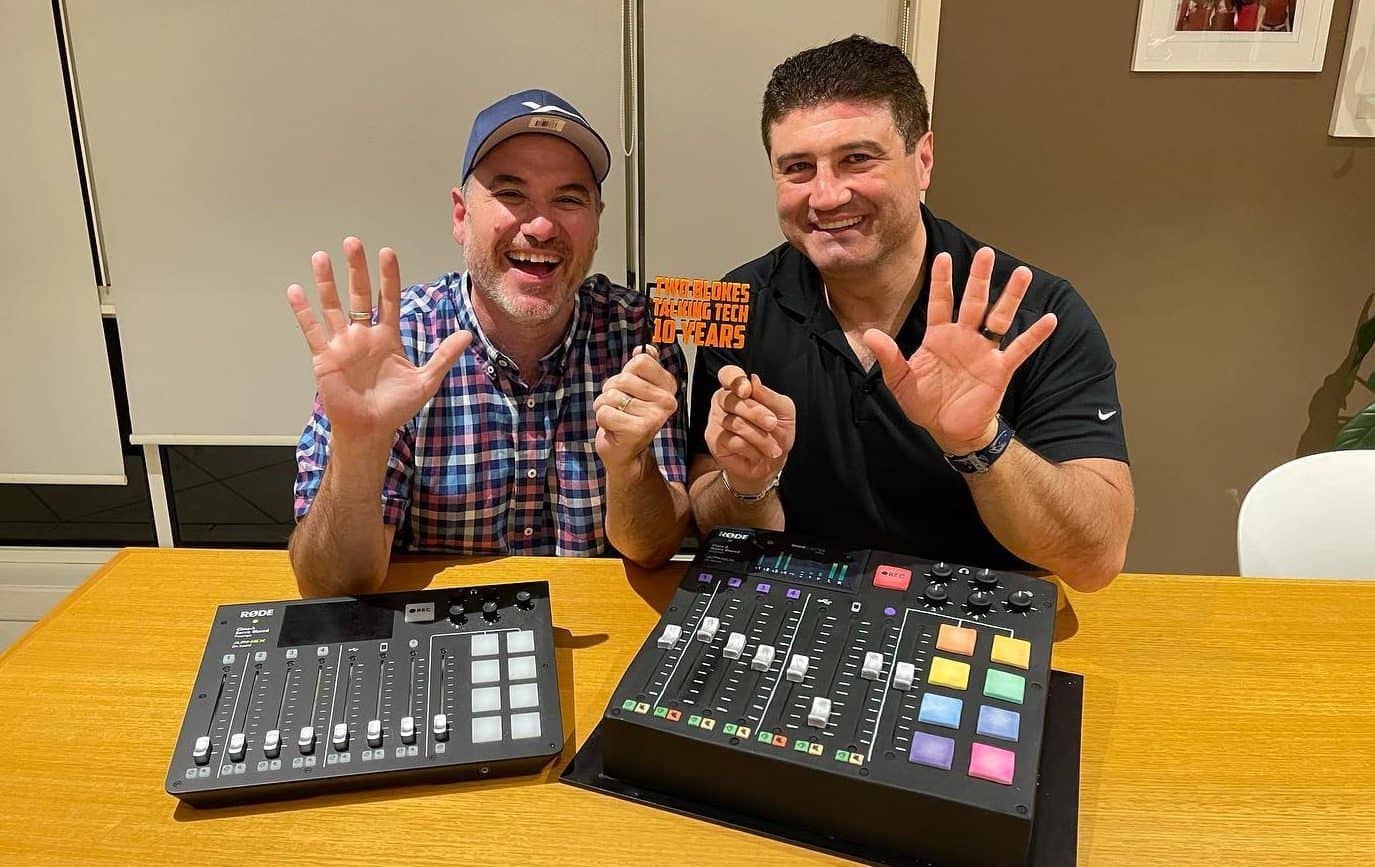 Trevor Long and Stephen Fenech celebrating their decade together

“We are lucky to make money out of this because it is such a low-cost venture. It’s not about the money, but the money validates what we do,” said Long. Sponsors along the way have included NetGear and Arlo. “Is it a coincidence that NetGear is now the #1 wi-fi brand in Australia,” asked Fenech in the 10th-anniversary episode of Two Blokes.

The two have remarkably similar views on tech, but what makes the podcast compelling is the constant testing of each other’s opinions and the vociferous arguments on things they don’t agree on. “How Stephen doesn’t like Star Wars I just don’t understand,” said Fenech last week – something that Jedi Knight Fenech brings up most episodes.