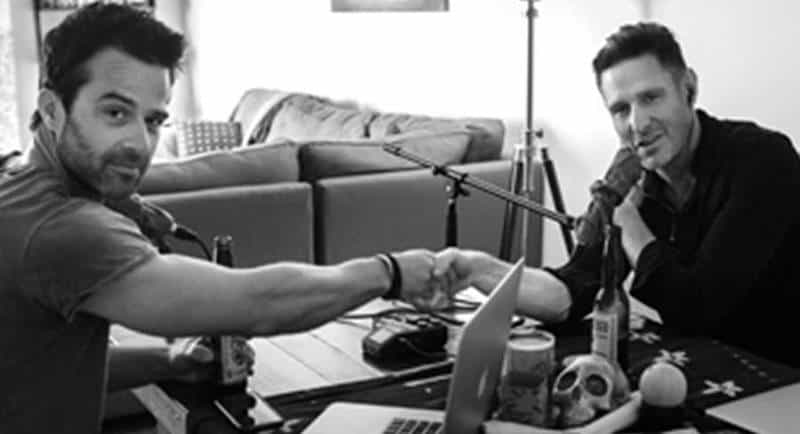 Prolific podcaster Wil Anderson has stepped up in 2020 with even more podcasts than ever in a year where he has found time to focus on what started as a hobby.

“Informally I have been podcasting for a decade, but all the shows have really been things that have been fit in between other work,” he told Mediaweek.

“There has never been a time the podcast has been something we concentrated on fulltime. The for the past few months the podcasts have been my main focus.

“The shows have never sounded better. Wilosophy has gone from strength to strength and Charlie Clausen and I have had a new lease of life on Tofop and 2 Guys 1 Cup. When we sit down to do episodes now, we are doing them as shows. I can focus on it instead of squeezing it in between three other things I already have on the day.” 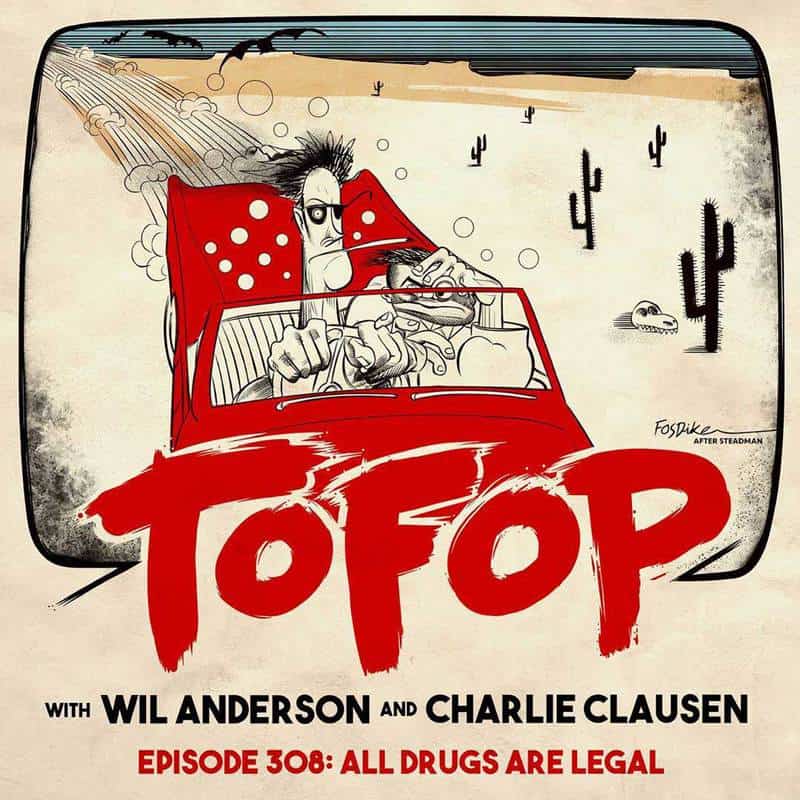 Clausen is Anderson’s long-time podcasting colleague and co-host of Tofop and 2 Guys 1 Cup. On the latter the pair have attracted the attention of the AFL legal team who have fired off a “cease and desist” letter about the use of the AFL cup in the football podcast’s logo. It hasn’t disappeared yet and the podcasters seem ready to take on the sporting giant. 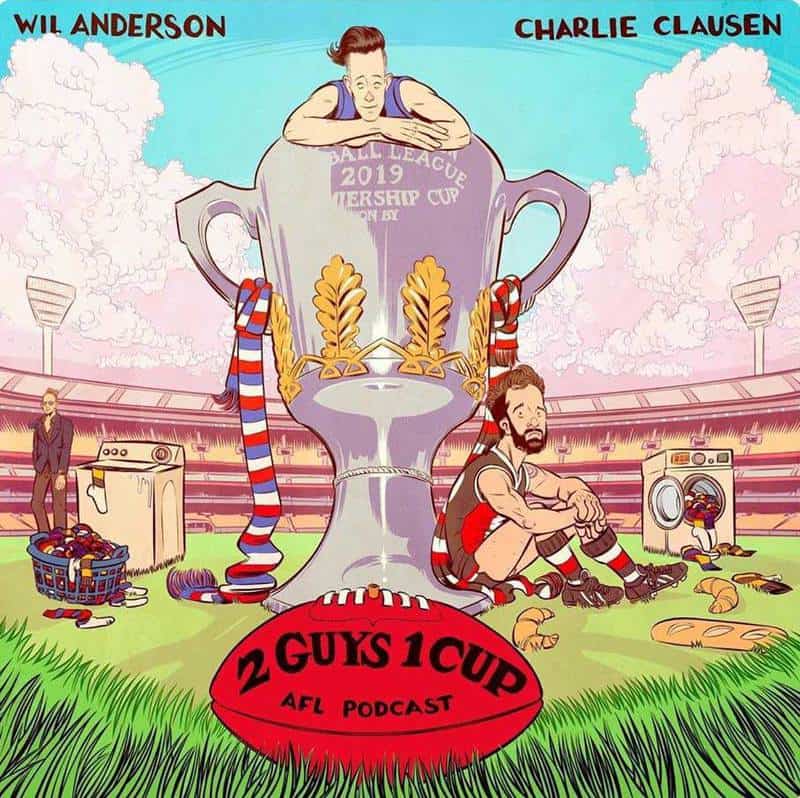 Regarding making money from podcasting, the two probably can’t afford a legal battle. Anderson admitted the business model he and Clausen have chosen is a “difficult balance” between keeping control and reaching the biggest possible audience. While some podcasting business are offering financial rewards to sign up big names, Anderson seems to like the idea of being an “indie”.

“We have experimented with a bunch of different models over the years. We definitely want to keep creative control and we have leaned further into that this year with Tofop.com and having all the shows in the one place. We now say we are an indie media company making a range of shows. We think of Tofop as an indie media production company making different shows that could sit in different places.” 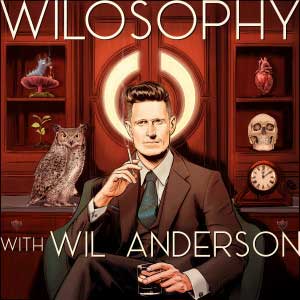 The Tofop.com superhub is home to not just 321 episodes of Tofop, but also 188 Wilosophy, 329 Fofop, 149 2 Guys I Cup and 36 episodes of Charlie Clausen’s That’s Aweson. There is also an exhaustive range of podcast merchandise (although nothing with an AFL Cup on it) and lots of James Fosdike artwork, the artist who does great work for the podcast covers, and when he is touring, Anderson’s shows.

“If Spotify want to come along and give me a Joe Rogan deal and put Wilosophy on Spotify,” said Anderson. “The thing I would want to do is keep the shows available for everybody. We might think about at a first look deal where some people get the show a couple of weeks before everybody else or something like that. I don’t see myself ever giving someone the exclusive rights to any of the shows because we like the idea they can be accessed for free.”

(“We are working toward this”)

Anderson: “All of the shows have sponsors except for Fofop which is intermittent at present. My plan by the end of the year is that Fofop will be a weekly podcast.” 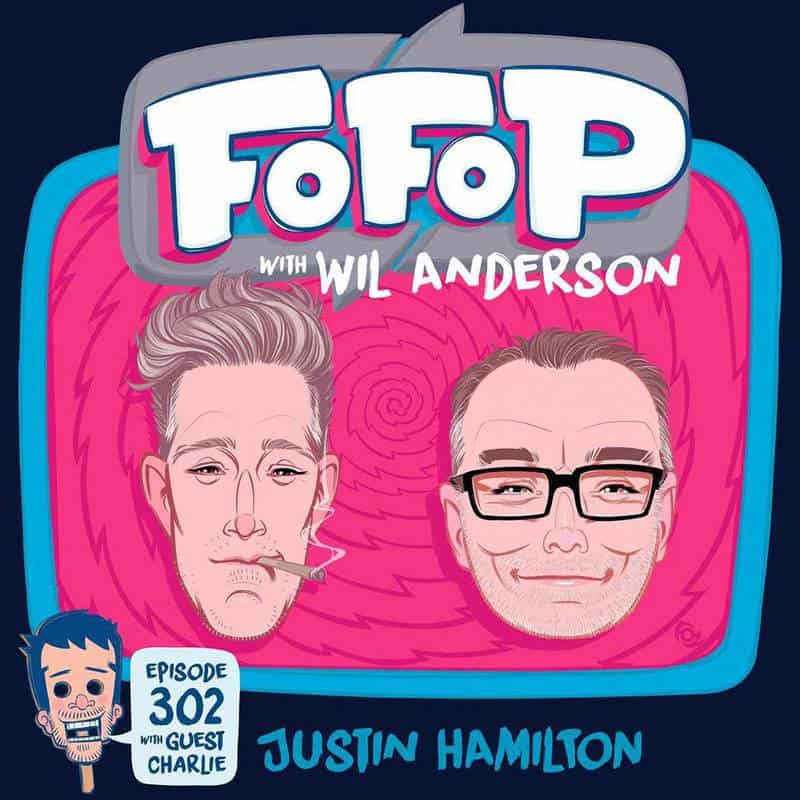 After having time to work regularly on all his audio brands, Anderson said he gets equal pleasure from each series. “We probably have the most fun doing 2 Guys 1 Cup at the moment. Basically, we stopped watching football and stopped caring about it being a football podcast. We describe it as being an ‘AFL-adjacent’ podcast. Since then it has found it feet and we both really laugh a lot and have a great time. The audience for 2 Guys 1 Cup has nearly doubled this year.

“Now that we better understand what each of the different shows are this year and how they fit into the Tofop universe, they all provide their own great pleasures. In a really practical sense it has been a good way for me to stay in contact with people when you are isolated. It has been a very positive way for me to keep my own emotional and mental health through this year. I really do look forward to them all equally at the moment.”

Tuesday: Unemployed stand-up on return to TV and departure from radio
Wednesday: TV’s best bullshit detector: The return of Gruen to ABC