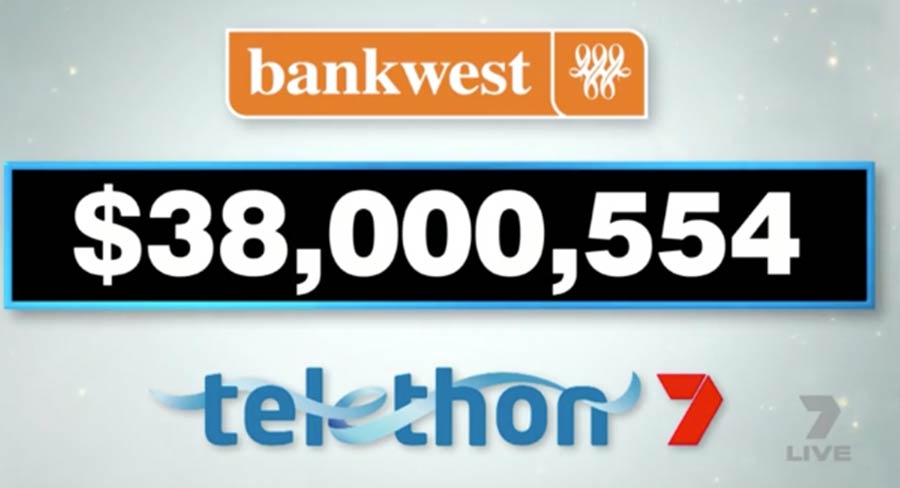 Telethon 2018 kicked off Saturday night to a sold-out audience at the Perth Convention and Exhibition Centre.

In a highlight, Curtin University and the Telethon Kids institute announced the creation of the Kerry Stokes Chair in Child Health in recognition of Kerry Stokes’s contribution to the health and welfare of children in WA.

Telethon 2018 kicked off Saturday night to a sold-out audience at the Perth Convention and Exhibition Centre. The marathon 26 hours of TV went live on Channel 7 Perth and across WA on GWN7 and was streamed nationally via the telethon7.com, thewest.com.au and perthnow.com.au website.

Ray Burgess and Casey Barnes were among the stars who entertained, plus Leo Sayer and Glenn Shorrock came from the Lexus Ball to give a surprise stellar performance. The Lexus Ball raised $1,700,000.

The team at Telethon and Channel 7 Perth led an army of more than 250 TV production crew, 600 entertainers and 1,000 volunteers to make this year’s Telethon weekend the most successful ever.