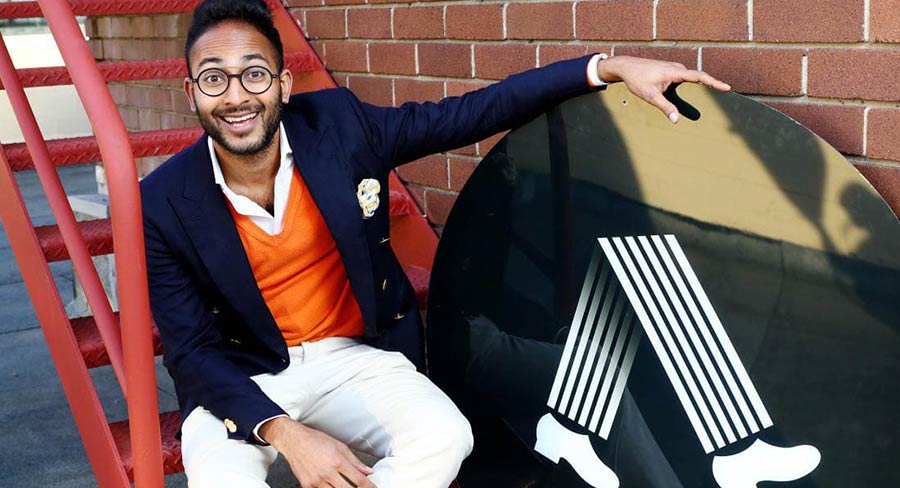 Chris Wirasinha joined James Daggar-Nickson and James Manning on Your Money this week to talk about the digital publishing marketplace.

In 2005, Pedestrian.TV founders Chris Wirasinha and Oscar Martin wanted to change the publishing game by creating a platform that would resonate with young Aussies in an entirely new way.

They succeeded well beyond their initial plan and now look after Australia’s biggest youth news website. Along the way they sold down their shareholding with Nine Entertainment picking up what it didn’t already own just last month. Chris Wirasinha joined James Daggar-Nickson and James Manning on Your Money this week to talk about the digital publishing marketplace.

How ambitious were your initial plans when you launched Pedestrian.TV?

We thought we might have built a global business with reporters in 16 countries and not have just the #1 youth website in Australia but potentially the world.

We have had great success and a fun time building a team. When we started the business I was 21 and Oscar was 22 and we certainly had big dreams.

Is there still a chance you could go overseas? Did you ever explore that option?

We never did. We looked at it but we saw a lot of young media companies go overseas before they were ready. The US is a very sophisticated market for digital media and it is not a cheap market to break into. To break into the US there are eight major markets you need to have a presence in.

Three years ago we did a deal with Nine Entertainment and sold a chunk of the business and more recently finalised that sale. At that time we had the choice of either staying in Australia to focus on local growth or, do we potentially raise venture capital and roll the dice again?

Maybe we chose the less-sexy option to stay in Australia. Even by staying in Australia though, we can still be a lot bigger than we are now.

Tell us about the early days of Pedestrian.

For people who have no idea what we are talking about, Pedestrian.TV started life as a DVD magazine. It was filled with about 60 minutes of youth culture in a magazine-style TV show. After a couple of years we launched the website, which was a big shift that shaped what the business became. The fundamental concept of the site remains similar to what we are doing now.

Is the youth market hard and how do you stay relevant?

The youth market is hard if it is a business not run by young people. The youth market is really easy when you are in your 20s or early 30s and you are part of the audience. I am now 35 and I am starting to move out of that world. However, everyone in our team is younger and that is what we hire for. Being a digital product was easier for us too because online was where our audience was. One of the challenges now is the fragmented nature of the audience with so many digital platforms from Facebook, Twitter, Snapchat, Instagram and YouTube.

Was there much competition over the years?

We were the competition initially. There were much larger businesses targeting our audience when we started out. We were always the underdog and we used to have a third of the traffic [of other sites] and we had to build our numbers and commercial acumen. There are still traditional publishers [we compete with] in addition to two of the biggest companies in the world, Facebook and Google.

Do you still have the passion for Pedestrian.TV?

We did the Nine deal three years ago when we sold 60% of the business in 2015, which valued the company at $15.5m. We were very happy with that. We recently sold the rest of the shares and the business had grown significantly and the valuation when we sold the remaining 40% was just under $100m. We are super-pumped about where it can go. It is our legacy and we still love it. We want to make sure the business is positioned well for the next phase with the right management. We want a continuing relationship. I have two kids – nine and six – and in 10 years’ time I’d like to think they are reading the Pedestrian.TV website and saying, “Dad made that.”

Would you every get involved in a startup – maybe something for middle-aged Australia?

What do you think of Nine’s Fairfax plans as you will be part of that big media family?

The moves Nine is making at the moment go beyond old media. The way they are running the business is really exciting and the way they are incubating businesses like Stan is great. Nine knows how to take ideas and compete with global players. When Stan launched against Netflix and Presto, I initially thought it might be a bloodbath but the numbers Stan has are phenomenal and it is a fantastic business.