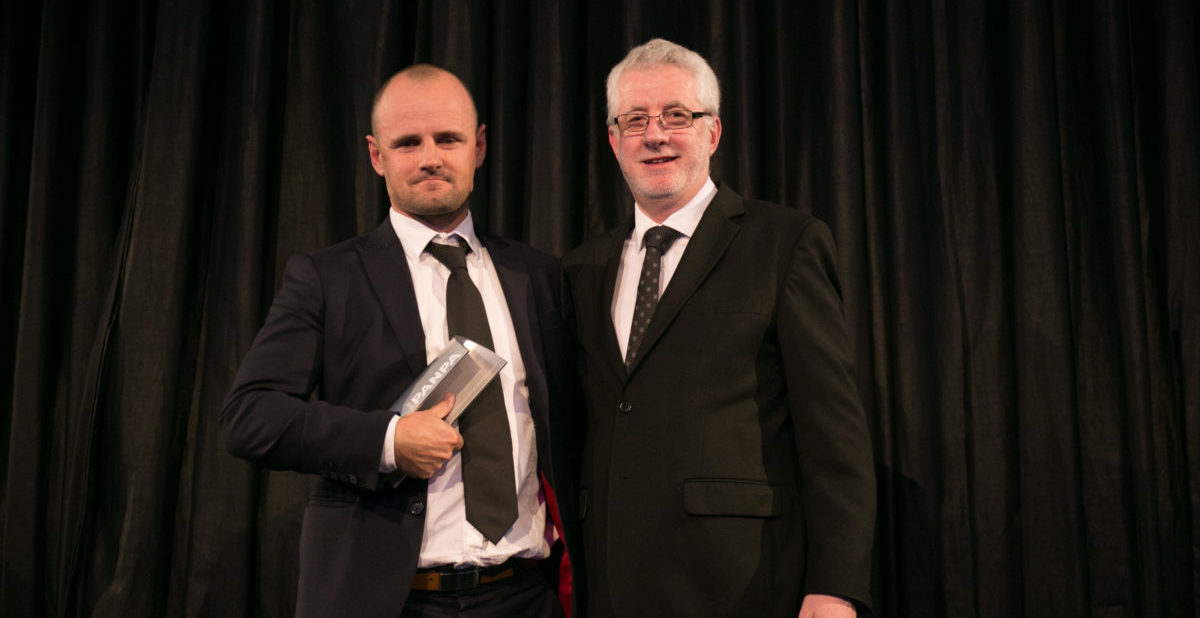 MORE: Meet the PANPA winners – The Australian, Newspaper of the Year

One brand that hasn’t had to fiddle with their boasts for the past four years, apart from updating the date every 12 months, is Fairfax Media’s Newcastle Herald.

While former editor, and now Newcastle/Hunter group managing editor, Chad Watson was a familiar sight accepting the awards in the past, the paper’s new editor Heath Harrison now takes that role.

As to what might have attracted the judges’ attention this year, Harrison told Mediaweek there is no one secret to their success, but just generally good, solid news reporting.

One of the biggest stories in the region for the past 12 months has been the presence of toxic chemicals in the ground near the RAAF base at Williamtown. “Twelve months ago the newspaper found out the chemicals from firefighting foam had been leaking into groundwater which put restrictions on people living in the immediate area. We have done over 150 stories on it with around 30 front page splashes since then. It is not just an environmental and health issue, but a story about the failure of authorities to meet their responsibilities.”

The paper featured the story on the front cover of six successive days in early May this year after an investigation. “It became an election issue for both parties here,” said Harrison.

Reporters shared the duties, but Harrison noted Michael McGowan and Carrie Fellner covered what was branded the “Foam and the Fury” series. Other reporters involved included Joanne McCarthy, Donna Page, Michelle Harris and Gabriel Wingate-Pearse all covered the story too at different stages. “They all did some super work,” said Harrison.

Other big stories have included the ICAC ongoing hearings and the responses from the Royal Commission into child sexual abuse.

Like most news brands, the Newcastle Herald now reaches more readers than ever before with its combo of print and online. “There is much attention around page views and page impressions, but we are doing stories that are important, not just chasing clicks with things that can be superficial.

“We are using the digital skills of the team here using a combination of journalism, photography and online polls etc that we can do.”

“We have been through a few changes – well, lots of changes,” admitted Harrison. “The way the paper and the website are produced has changed dramatically as they have right across the group. But we still have a great team of journalists and photographers who love what they do.

“People wonder about the secrets of our success, but it is as simple as people who are good at their jobs doing the basics well. It’s not easy breaking news in print and online, but when you have good operators around you it makes it easier.”

The Newcastle Herald works in tandem with the Maitland Mercury more than it ever has in the past, making sure they both know what the other is covering. “In the past we might have also viewed the other papers of ours in the area as competitors, but that is certainly not the case now.”

The Maitland Mercury publishes three print editions a week in addition to a digital presence. The brand won the Community Digital News Site of the Year award. There is a history of over-achieving in the region – the Maitland Mercury won for the second year in a row.