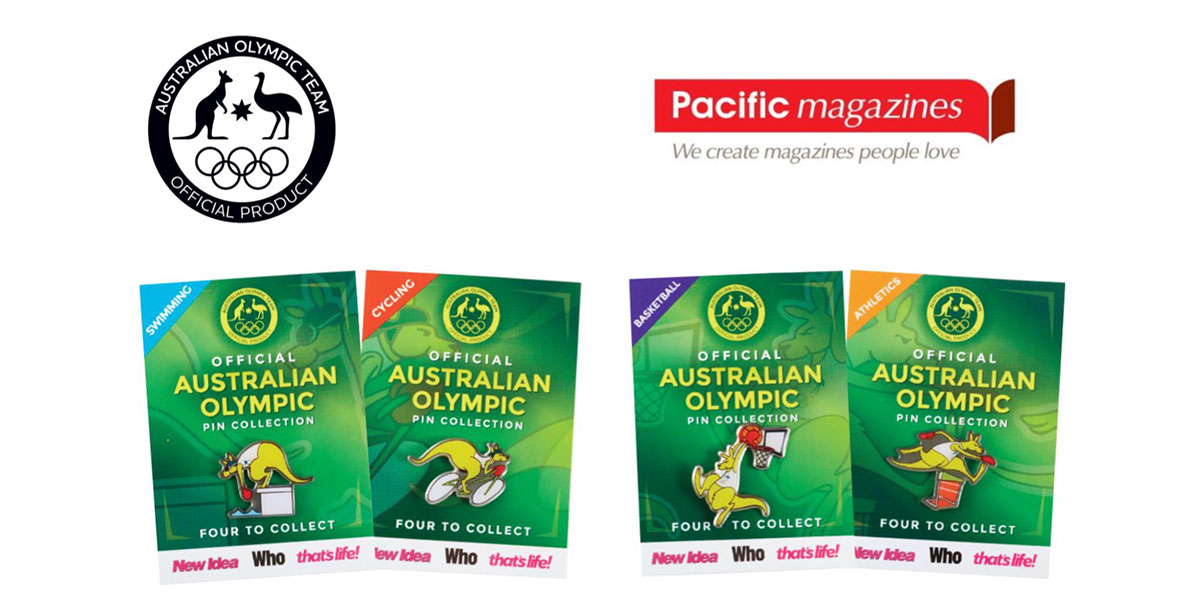 The exclusive promotion will be heavily supported across Pacific’s print, social and digital assets

Supported by New Idea, WHO and that’s life!, the collection of four pins – Swimming, Cycling, Basketball and Athletics – will be available nationally in newsagents over the next fortnight. The retail promotion will allow consumers to purchase any of the four Official Australian Olympic Pins for only $1 when purchasing a copy of New Idea, WHO or that’s life!

Gereurd Roberts, general manager, food, family and home, said: “As part of Seven West Media’s ongoing Olympic support, we are proud to unveil the Official Australian Olympic Pins to all who are looking to support our national team.”

The exclusive promotion will be heavily supported across Pacific’s print, social and digital assets, in addition to a series of 15- and 30-second TV commercials across the Seven Network.

The Swimming and Cycling pins are available this week, with Basketball and Athletics available from Monday 8 August.

New Idea has a 16-page Official Rio 2016 Olympic Games Viewing Guide which showcases the highlights from Rio. In partnership with the Seven Network, the viewing guides will be released weekly over the next three weeks.

Seven West Media chairman Kerry Stokes said: “We are committed to the Rio 2016 Olympic Games. It will be an extraordinary event – one we will see unfold live, as it happens, across broadcast television and connected devices. We are also committed to Australian sport. And we are determined to deliver a quality broadcast that embraces these ideals and reflects Australia’s regard for its sportsmen and women.”