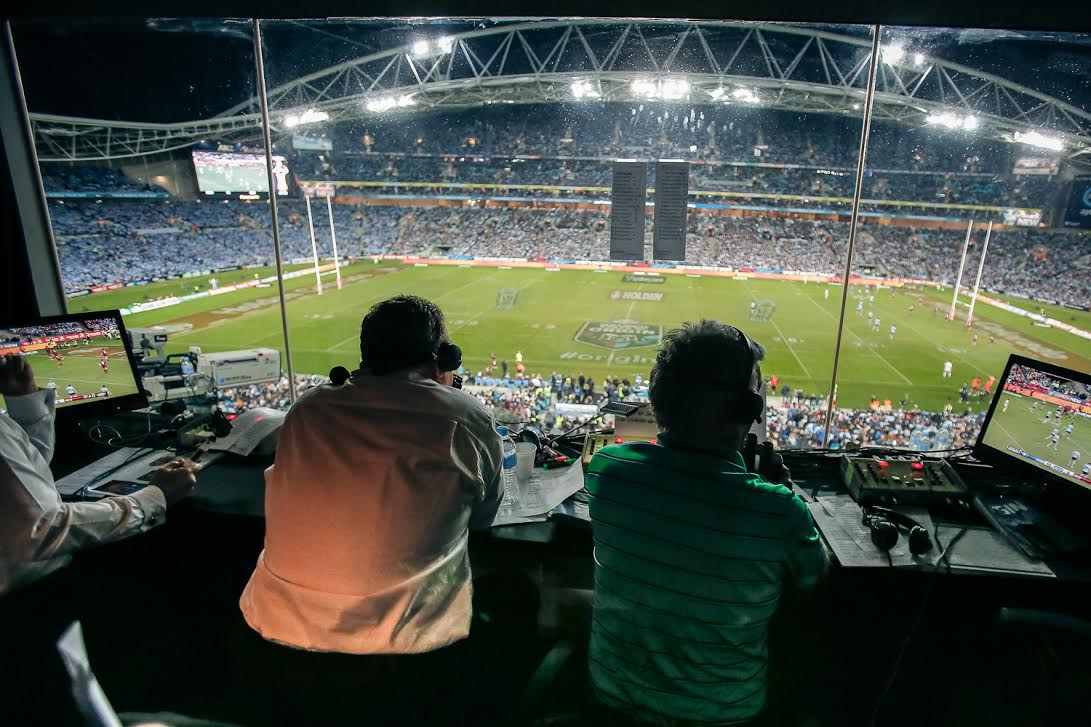 Holden State of Origin Game 1 will be broadcast tonight from 7.30pm across the Nine Network in all metro markets except Perth where the broadcast starts at 5.30pm on Gem.

The biggest TV audience for a Game 1 match since the start of OzTAM ratings was in May 2014 with a combined metro and regional audience of 4,055,000. That game also delivered the biggest metro audience of 2,616,000.

Photo: View from inside the Nine commentary box with Phil Gould and Rabs.