Against all odds, Offspring is back

Imogen Banks was furiously battling production deadlines as Mediaweek spoke with the Offspring EP this week.

“We’re still shooting. We have another month. It has been a really tight turnaround. We feel like we’re on the balls of our feet.

“We had a network cut of episode 4 this morning, so it’s pretty tight,” she revealed.

Offspring is usually in production much earlier in the year. Seasons two to five were in production in February and on air midyear. With this season, shooting commenced much later in the year, but with the same on-air date, giving the production team far less time.

Despite the stress of deadlines looming, one gets the sense that Banks’ happiness at the return of Offspring overrides the pressure the tight production schedule has placed upon her and her team.

It’s a return that she really didn’t see coming.

“I didn’t. I really didn’t. It was a surprise to us all. We’re constantly looking at each other going ‘wow, here we are’. I genuinely didn’t believe it would come back,” Banks said. 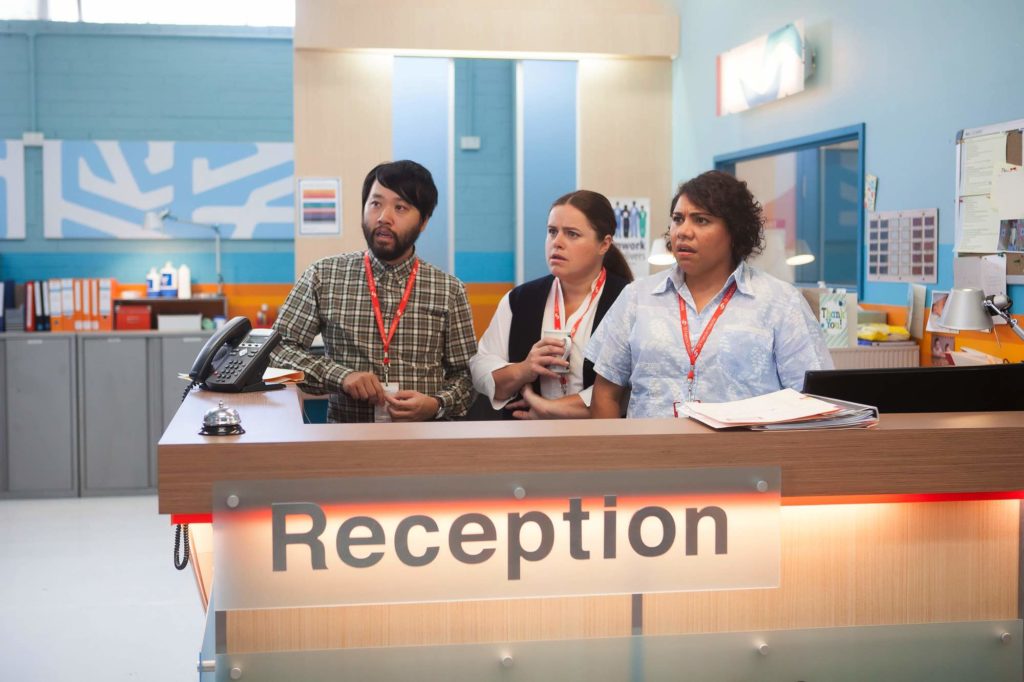 The current season of Offspring was not expected. With the show no longer qualified for the producer offset, there was a challenge regarding how the show would be financed. With seasons three and four commissioned together, and knowing that the offset was coming to an end, the production team crafted a conclusion to the series, not expecting the fifth season.

TEN, however, was keen to see the show return. The series is beloved by its fans and it has proven itself to be a strong performer for the network. The love that viewers have for the show was evident at the TEN upfronts event in Sydney last year when the room of media buyers and journalists erupted with enthusiasm at the mere mention of the show coming back in 2016.

The longer that the show was off the air, however, the more a return seemed unlikely.

“The further we got from the end of series five, the more people’s lives changed. Asher [Keddie] got pregnant and had a baby, people had other jobs, and so it became less and less likely. The conversation opened up again during the merger of Endemol Shine. It was one of those balls that kept being thrown around. The timing made sense for Asher and Kat [Stewart] and a lot of the cast. Suddenly, once you get a bit of a quorum, it gains momentum,” Banks explained.

One way of getting around the production hurdles in place would have been to create a spinoff series. While the idea was discussed internally, it was never a serious consideration.

Banks did reveal, “We always talked about it. Never say never. The network has always been open to possibilities, conversations, and thinking around to keep the idea of Offspring alive. I think it’s really hard to make a spinoff show from a show that’s centred around family relationships. It would be hard to make a show about one of the members of the family without visiting the other members of the family.

“Our love of Offspring was in the interactions of that group of characters. I can’t say it has ever been seriously considered by any of us making it.”

When the series returns, the show will have the lead character, Nina Proudman, dealing with a family secret. Banks admits that the storyline aids in rebooting the show, following the series conclusion that was created for last season. This wasn’t a significant hurdle to overcome, with Offspring routinely reshaping its narrative drive throughout the history of the show.

“We’ve shifted the story engine every season,” Banks explained. “One of the successes of the show has been that we’ve tried very hard to make sure there is progression with character. With Nina and Billie, we’ve always tried to progress them. Nina’s lost several partners and has a baby. It’s sort of romcom and also a family drama, you need to make sure you’re being true to those engines. The problem with romantic comedy is it’s hard to sustain over time once the relationship is settled. Over the past seasons we’ve always made sure it’s rare for Nina to be in a happy relationship with a man for terribly long.”

When the series returns, Banks believes fans won’t be disappointed. While they haven’t sought an active dialogue with fans over the series return, they have been listening to fans throughout the series run and have a strong understanding of what they want.

What the fans won’t get, however, is stories driven by fan service.

“It’s something we talk about all the time because they are vocal fans and because a lot of us do pay attention to what’s been said as things are broadcast. That’s not so much so we can alter storylines, but rather to see whether the drama beats are working and what the engagement with storylines is. It’s a little bit like governing by polls. You don’t want a country that’s governed by polls. You want to take fans on a journey that you think they are going to enjoy. It’s human nature to want people to be happy and stay where they are. That’s the thing: if we gave fans what they wanted there would be no drama because it would be Nina happy. 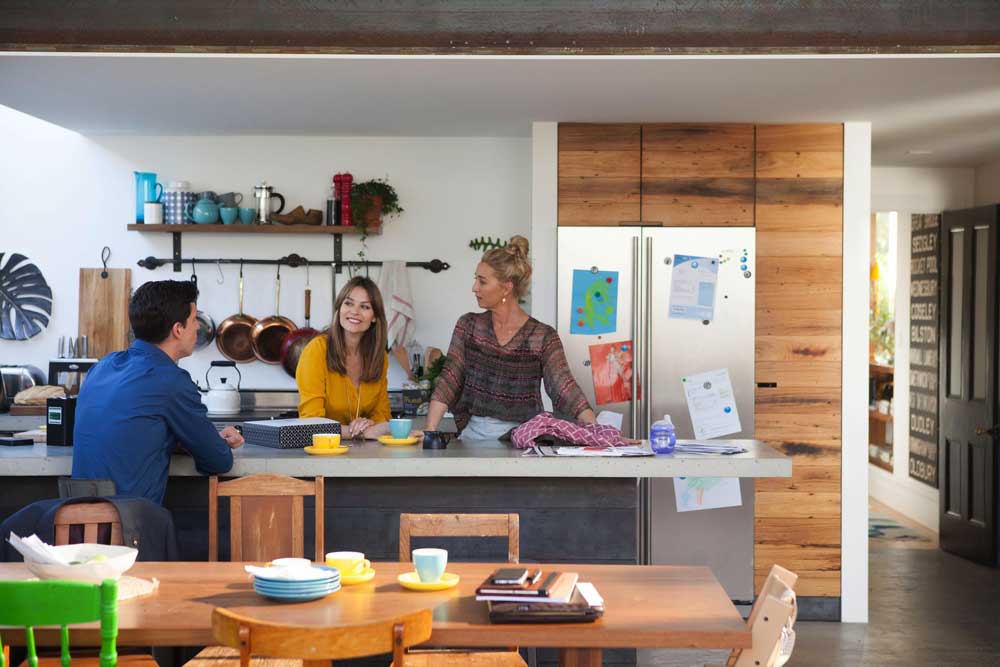 It is always interesting to know what TV producers are watching, themselves, as fans.

“I’m obsessed with UnREAL. That’s my total obsession and I can’t bear that they’re drip-feeding it. I want to watch it all at once. I’ve recently watched The Night Manager. I do dig into MasterChef, it has to be said. Frankly, if I get home early, I always flick on The Project going into MasterChef. When I’m working really hard, what I want to watch is comedies. I’m after shows like Veep – I think Selina is the most extraordinary character on television.

Against all odds, Offspring is back