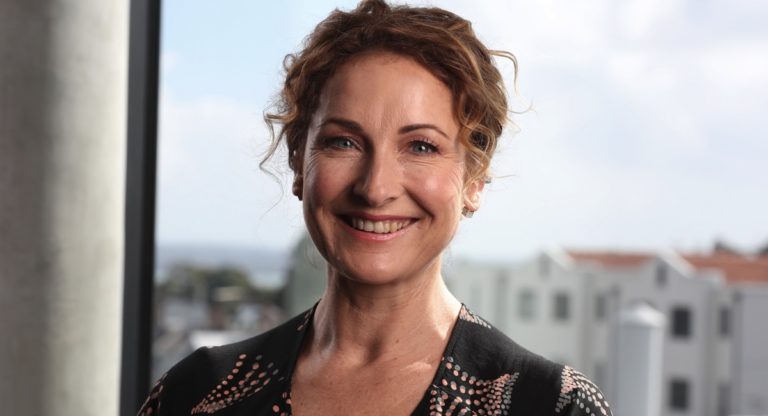 The Fairfax brand has disappeared from New Zealand journalism, 15 years after it took over the Independent Newspapers Limited brand controlled by News Corporation. The change was announced in August last year, but only came to fruition this week.

It coincides with the decision in the New Zealand High court to uphold the Commerce Commission rejection of an application for the merger of Fairfax NZ with NZME. The company’s name has been changed to Stuff Limited, after its high-profile digital arm and most successful operation. Chief executive Sinead Boucher (pictured top) said in a statement: “Calling our company Stuff better reflects who we are and what we do. While journalism is at the heart of what we do, we are no longer only a media company.” NBC-Universal director of networks for Australia and New Zealand, Chris Taylor, has said the NZ Bravo channel in 2017 was fourth highest-rating channel ahead of Prime TV Choice, Duke, The Edge and HGTV.

The former Auckland Star investigative journalist who is credited with coining the term “Mr Asia” died this week at an Auckland rest home, aged 87. Pat Booth led the high-profile Star investigation into the drugs ring and later wrote about the wrongful conviction of Arthur Allan Thomas. Booth’s book and campaigning led to an inquiry finding police-planted evidence and led to the release of Thomas. Booth also maintained a profile as a radio broadcaster. Anderson said the creation of a new channel from scratch made no sense and was also bad news for the rest of the media sector by further reducing the small scale of the New Zealand market. RNZ+ would be ad-free and would not take away advertising, but it would diminish the scale of the New Zealand market, which Anderson said was already an issue. Instead, Anderson called on the government to turn TVNZ 1 into a non-commercial channel, a move that would lead to an increase in ad rates for TVNZ 2, which would part-fund TVNZ 1. MediaWorks owners Oaktree Capital are facing challenges selling the TV operation.

The political editors for both major TV networks have moved on. Newshub TV3 political editor Paddy Gower has taken an unspecified role across the MediaWorks group. TVNZ 1 political editor Corin Dann has stepped down from the role after three years to present the Sunday morning political program Q + A. Dann is expected to be replaced in Wellington by the Q + A interviewer Jessica Mutch.

A shift to television influence at Radio New Zealand is apparent with former Maori TV executive and TVNZ deputy chief executive Stephen Smith appointed to a new top rung management role at RNZ, as head of audience strategy. RNZ confirmed he would have a role establishing RNZ+. The radio broadcaster has also hired a former TV music host Karyn Hay for an announcer role.

Hay was famous in the 80s for introducing a strong Kiwi accent to New Zealand broadcasting, which had been focused on more traditional rounded vowels. Her TV show was called Radio With Pictures.

Chris Rudd has been appointed as the general manager of agency markets, and will also oversee the Wellington and Australian teams.

No more Paperboys at Bauer

Bauer Media has ended the Auckland City weekly newsprint giveaway, Paperboy. In a statement in mid-January Bauer said the cost of producing the free magazine in a highly competitive market exceeded the advertising revenue generated and it would no longer be published. Bauer said the magazine championed a positive vision for Auckland, though some questioned its distribution and paper stock. Paperboy staff have been redeployed inside Bauer.