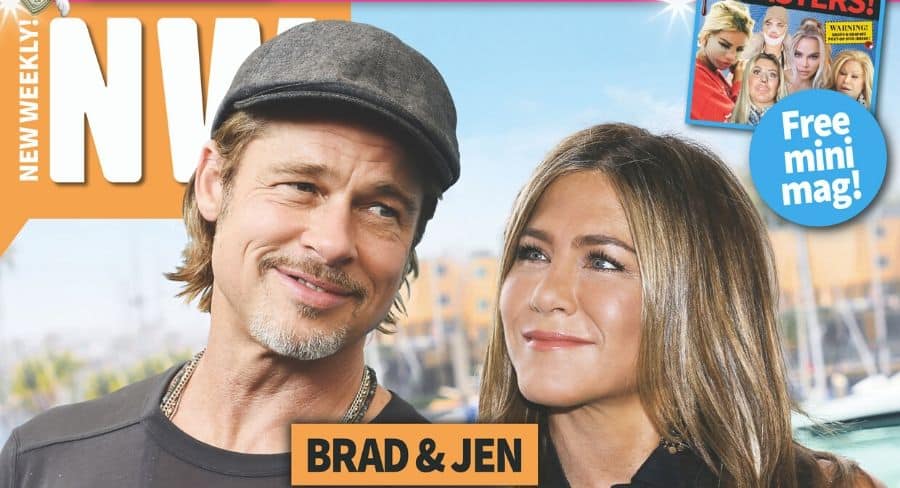 van der Zwan said NW is all about the OMG, the LOL and the WTF of the celeb world, and that their stories are anything but boring. “NW is different from other mags because we don’t take the celebrity world – or ourselves – too seriously. If I had to sum the vibe up in one word, it would be ‘cheeky’. 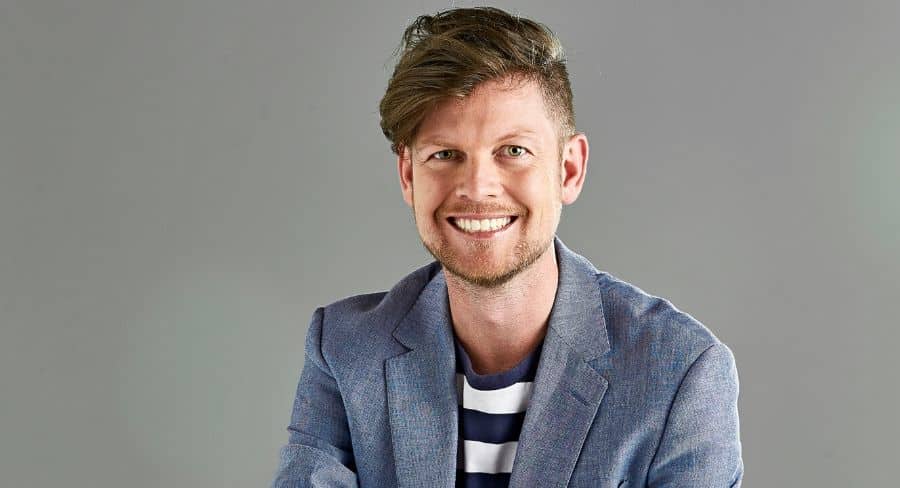 “I see NW as a reader’s outrageous best mate – full of great yarns, always telling it like it is and probably a shocker on the dance floor after a few vinos!”

van der Zwan revealed that NW readers are hard-working professionals juggling work, family and domestic commitments. “As well as entertainment, they’re turning to us for some relief and distraction from the daily grind. Our average reader is aged 44, with 81% of them female, 77% the main grocery shopper and 35% with children under 18 at home.”

The brand’s cross-platform audience, including print and digital, is 504,000 (Roy Morgan Single Source, December 2019), which is up 10% year-on-year and 7% period-on-period. “Add in our social media numbers (Facebook, Instagram and Twitter) and this goes up to 837,100.

“Our research shows 74% of these readers are passionate about skincare and make-up, with NW readers 2.7 times more likely than the average Aussie to advise their friends on the latest trends and products. When it comes to fashion, one in three describe themselves as “born to shop” and they’re 2.6 times more likely to jump on the newest styles.”

van der Zwan also said NW readers are 3.8 times more likely than your average Aussie to buy health products. “They’re much more likely to be into diets and weight-loss programs.”

Married At First Sight is always an exciting time for magazines and online platforms, and it’s no different for NW. “It’s always fun with a new cast of reality stars wannabes to interview, analyse and expose. But for us, the biggest news has been Brad Pitt and Jennifer Aniston’s reunion.

“It’s been 15 years since Brad shocked the showbiz world by ditching America’s Sweetheart for saucy minx Angelina Jolie and we were #TeamJen all the way. So you can imagine our delight when, three years after Brad’s marriage to Ange spectacularly imploded, he was one of the last guests to leave Jen’s annual Christmas party. And of course when the pair shared a moment and confirmed they were back on good terms at the Screen Actors Guild Awards… Too cute!”

van der Zwan said their readers have been following this Hollywood soap opera ever since Pitt and Aniston first got together in 1998. “They’re heavily invested in this fairytale happy ending. Our sales have spiked with our past four Brad and Jen covers, with record sales for our Christmas double issue. 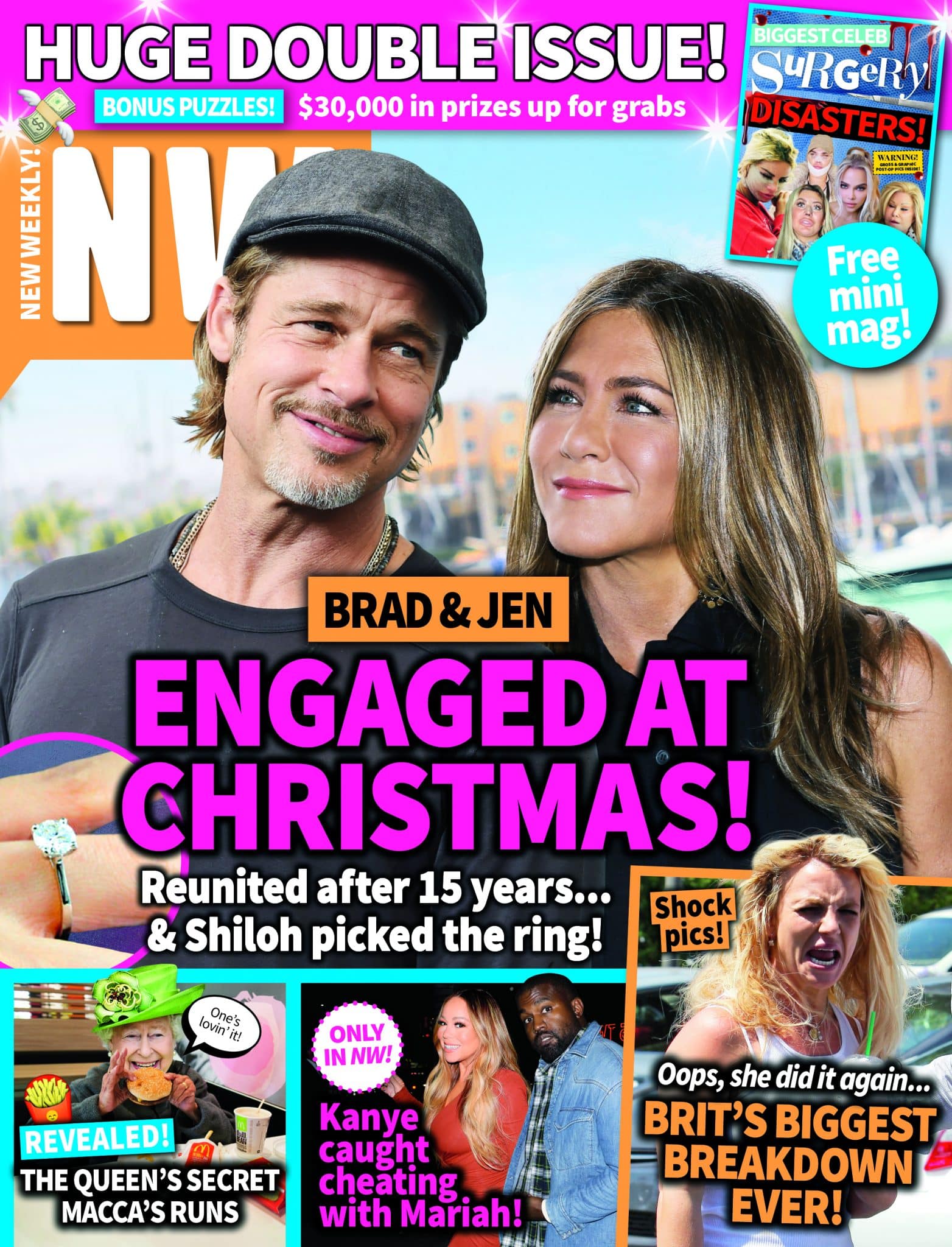 “Similar to the Brad, Jen and Ange love triangle, the stars who excite our readers are the ones they’ve been following and investing in for decades. Think long-time newsmakers like Tom Cruise, Katie Holmes, Britney Spears, Julia Roberts and the Beckhams, rather than the new crop of Hollywood brats.”

When we turn back to reality TV content, it’s safe to say Nine’s Married At First Sight is an all-time favourite show for readers. “With nasty splits, fiery feuds and scandalous couple swaps, it’s got to be MAFS – it brings the drama with a capital D. But Survivor, The Bachelor and even The Masked Singer have given us some strong cover lines. Our readers are obsessed with reality TV. They can’t get enough!”

Like all celebrity-focused magazines, NW relies on a tonne of visuals and solid snaps of celebs. “We need the most shocking and hilarious pics in NW, so exclusive images are a big expense for us. Keeping the cost down is one of the biggest challenges for our legendary picture editors.”

van der Zwan said last year they worked with Amazon Prime on the launch of their original TV series Carnival Row. “The fantasy show stars Orlando Bloom and Cara Delevingne, who are both big names for NW readers, so it was an easy fit for the mag and not at all a stretch to create editorial content to complement the advertising.

“Ditto HAYU with their campaigns for Keeping Up With The Kardashians, The Real Housewives of Beverly Hills and Vanderpump Rules etc. Their viewers are our readers.”

NW’s trend-driven audience is also consistently kept up to date thanks to their lifestyle team that works closely with beauty, fashion, health, food and diet brands. “They ensure our readers stay ahead of all trends, and they’re very open to collaborations. Recently we’re worked with Optislim, Underline lingerie, Clearskincare Clinics and Everlast activewear.

“We’re also really proud of working with the rest of the Bauer Media team on the Rebuild Our Towns campaign, which is giving readers practical advice on how they can help communities affected by the recent bushfires.”

In regards to plans for 2020 for the brand, van der Zwan confirmed he wants to push further on their editorial content that already resonates so well with their audience. “I want to up the OMG, the LOL and the WOW factors. Turn it up to 11 – more laughs and more bizarre yarns about our readers’ favourite stars and shows – while continuing to be one of Australia’s most loved forms of entertainment and escapism. I’m also working on more competitions, special issues and advertising opportunities.”