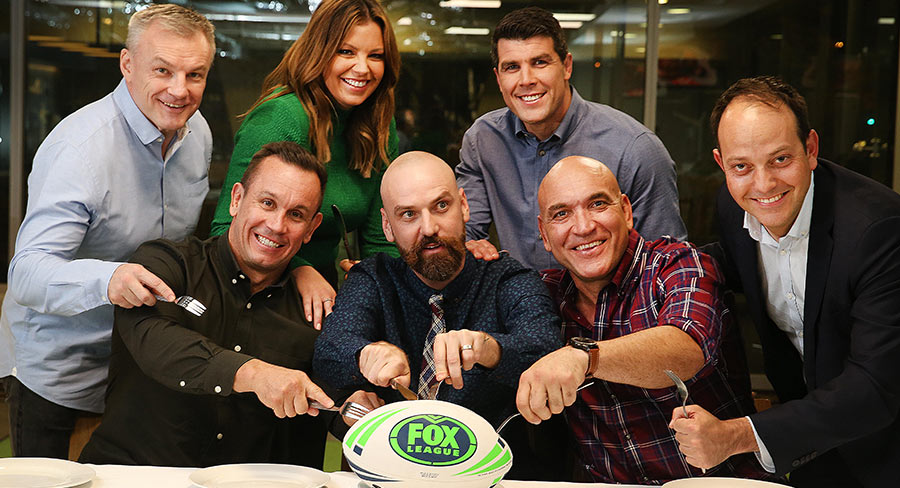 Guests will be able to walk the red carpet with celebrities and media.

Fox League and The Daily Telegraph are teaming up to stage a star-studded lunch in June in the lead-up to the State of Origin Game Two in Sydney.

Dubbed “The Ultimate Footy Lunch”, the event will be held on Thursday June 21 at the Sydney Cricket Ground and will be open to the public. Tickets go on sale from today.

Guests will have the chance to get up close and personal with a raft of NRL legends, commentators and columnists from Fox League and The Daily Telegraph, including MC Yvonne Sampson, panel host Matty Johns, panellists Steve “Blocker” Roach, Ben Ikin, Gorden Tallis, Michael Ennis and The Telegraph’s Paul Kent. The Professor and Brett Finch will also make cameo appearances.

The Daily Telegraph’s head of sport Tim Morrissey said “all the big names and all the big issues” would be covered at the event.

“With over 200 people expected to attend and extensive interviews with our hosts and the NRL player panel, this is one of the biggest and most star-studded lunches on the footy calendar for the year.”

Sampson said: “This time of year is always exciting for rugby league fans. We’re hitting the halfway mark of the season and the race for the top eight and the all-important top four is well and truly on and then you throw in State of Origin as well and it’s like Christmas for footy fans.

“There have been more headlines and talking points this season than any other that I can remember and for fans to get the chance to get the inside word on the biggest stories from the likes of Matty, Blocker, Gordie, Mick Ennis, Ben Ikin and Paul Kent is really special.

“These guys have played and covered rugby league at the highest level, they know the game, the players, the juicy stories that the fans want to hear and they’re not afraid to give their opinion. It’s certainly going to be an exciting and entertaining afternoon.”

The tickets are $150 per person, including a two-course lunch and beverages. Guests will be able to walk the red carpet with celebrities and media.

Tickets are available at ultimatefootylunch.eventbrite.com.au