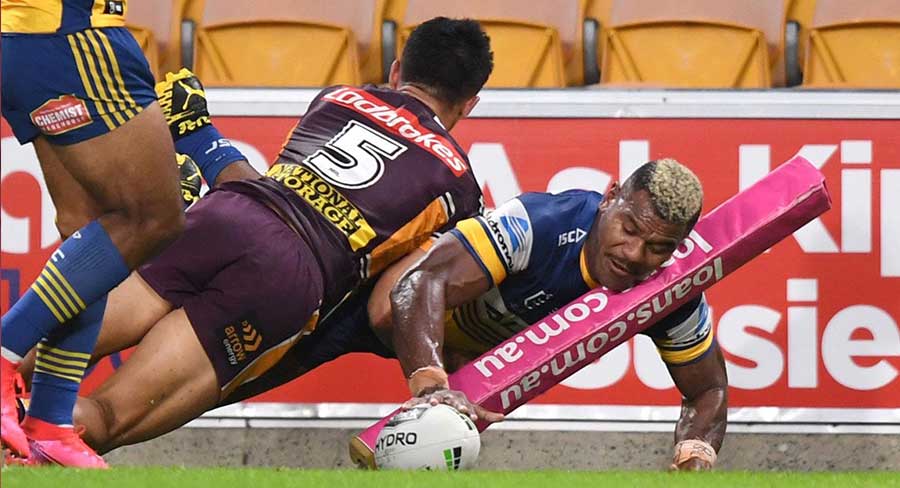 • The Fox League figure of 401,000 was the most watched regular season simulcast game ever

The first match of the recommenced 2020 NRL season has set a ratings record.
The combined audience watching on Nine and Fox League across Australia was 1,353,000.

The breakdown of the audiences:

The metro splits for the audience watching on Nine:

The audience watching on Nine was the biggest regular season game since the season opening match in 2016.

In regional markets the audiences included:

The Fox League figure of 401,000 was the most watched regular season simulcast game ever and the number one game of the 2020 season.

Head of Fox Sports Peter Campbell said this morning: “Footy is back on and it is a great result for sports fans and our customers who have been missing live sport and have re-connected and watched the NRL in record numbers. “It augurs well for the weekend with Fox League on Foxtel, Foxtel NOW, Foxtel GO and Kayo Sports, the only place to see every game of the NRL, live and ad-break free.”

Nine will continue to cover round 3 tonight and on Sunday:

The oldest rivalry in rugby league reignites for its latest chapter on VB Friday Night Footy when the Sydney Roosters, the defending premiers, take on the South Sydney Rabbitohs at Bankwest Stadium. It’s 112 years into their storied feud, and Rabbitohs superstar Latrell Mitchell is facing his former club for the first time, eager to prove his critics wrong. His opposite number, fullback James Tedesco, will relish the chance to run at his old partner in crime as he terrorises the defence.

The Roosters, so far winless, welcome back captain Boyd Cordner from injury and are sweating on the fitness of international prop Siosiua Taukeiaho. For the Bunnies, Alex Johnston will be a handy replacement in a backline weakened by the suspension of Cody Walker.

Chemist Warehouse Sunday Footy sees another brilliant match-up between the undefeated Panthers and Knights. The Knights have scored more points than any other team so far this season, while Penrith have racked up gritty wins over the Roosters and Dragons. Suspended Penrith star halfback Nathan Cleary will be replaced by talented rookie Matt Burton, feeling safe with wrecking ball Viliame Kikau alongside him.

The Knights will start crafty Connor Watson at hooker, but all eyes are on young fullback Tex Hoy, son of professional surfer Matt Hoy, who makes his first-grade debut with Kalyn Ponga out.

FRIDAY NIGHT KNOCK OFF – LIVE following Roosters vs Rabbitohs. It explores the big stories to come from the game and has exclusive behind-the-scenes access to players and coaches on the field and in the sheds.

SUNDAY NRL FOOTY SHOW – LIVE from 11.00am AEST on Nine. Host Erin Molan will cover all the Round 3 action so far with Peter Sterling, Brad Fittler and Sam Thaiday.

CHEMIST WAREHOUSE SUNDAY KICK OFF – LIVE at 3.00pm AEST on Nine ahead of Chemist Warehouse Sunday Footy. A preview of the upcoming action from the best minds in the game.

Fox League schedule for the remainder of round 3

*All times listed in AEST