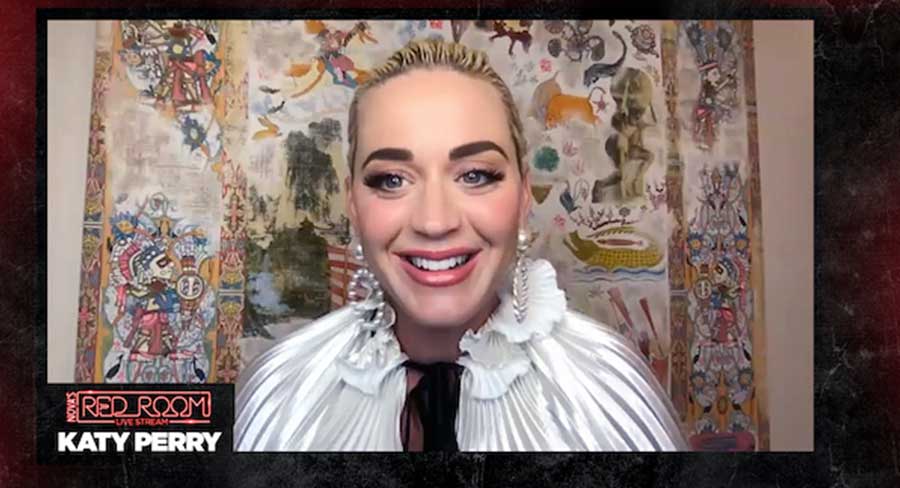 • The Q+A was hosted by Nova’s Smallzy

While live Red Room concert appearances have been put on hold because of Covid-19, the pandemic has not hampered the ambitions of Nova Entertainment’s Claire Marshall to continue to bring listeners unique experiences.

As the broadcaster’s music marketing director, Marshall these days organises and oversees Nova’s Red Room live performances and Q+As from her home office instead of from some of the most intimate, and sometimes largest, venues around the world.

Yesterday it was the turn of Katy Perry to chat to fans in a live stream Q+A. There was no music performed, but that didn’t stop Perry from dressing up for the appointment as she allowed fans to virtually enter her US home. While Perry looked every inch the glamorous pop star, she revealed to fans she just have had something a little more casual on underneath!

“I usually work at a ferocious pace, but today I am more relaxed which is why I have my pyjama bottoms on.”

The Q+A was hosted by Nova’s Smallzy who will be featuring highlights from the interview on his national award-winning #1-rating Smallzy’s Surgery program Wednesday night.

When Smallzy asked Perry if it was true she had made a lot of music videos for the tracks on her new album due August 28, she replied: “I made a visual component for every single song.” She added a video for the title track, Smile, will be released August 14.

The questions from the dozen fans who got to meet Perry revealed some interesting facts. Like how Perry spent part of her weekend. Shopping at Target, by herself and wearing a mask. “I spent two hours there and walked every aisle.” She bought a bookcase which she then assembled by herself at home on Sunday night. Advice for people hoping for a career in entertainment?
“Important to learn a skill.”

Had she considered releasing a documentary or writing a book?
“I am only five chapters into a life that might have eight or more. Who knows what my next era is going to be.”

Katy Perry’s song writing process?
“I mostly write about my own experiences. I do have a couple of collaborators who help me with lyrics.”

Recording during lockdown?
“Luckily most of the new album was finished beforehand. It was amazing some of the stuff that happened.”

Values she would pass on to her daughter (who is due soon)?
“Integrity. Justice. I always give people the benefit of the doubt.”

Nova’s next Red Room Live Stream will connect fans with British pop sensation The Vamps with a performance and Q&A in the second week of August.

The Vamps will perform their pop rock hits ‘Somebody to You’ and ‘All Night’ along with new single ‘Married in Vegas’, a song created remotely in lockdown. Listeners will also be treated to an intimate fan Q & A with the band.

Listeners can win their exclusive invitation to take part in Nova’s Red Room Live Stream with The Vamps by entering at novafm.com.au and listening to Smallzy’s Surgery.