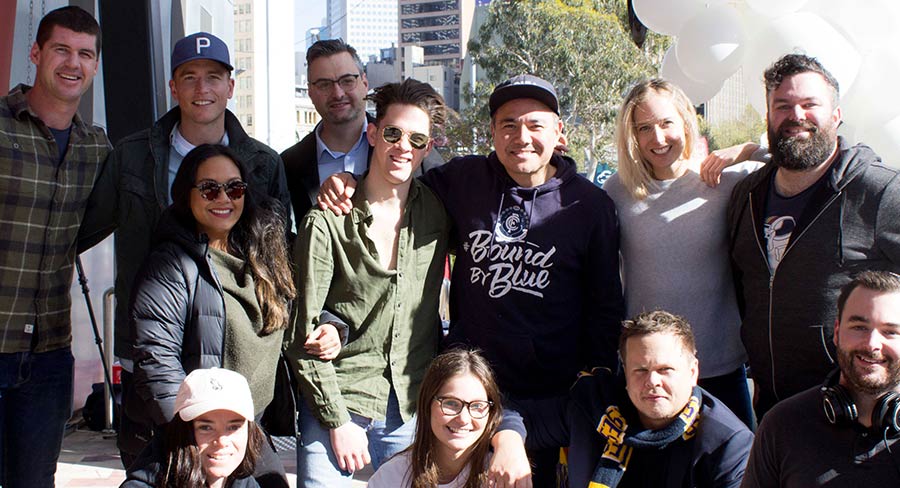 AFL Grand Final veteran Jonathan “Browny” Brown and Sam Pang were joined by co-host Bernie Vince, Chrissie, Sam & Browny’s resident football expert, who recently announced he is hanging up his boots after 229 games at Adelaide and the Demons. Chrissie Swan was on leave this week fulfilling a lifelong dream to visit Graceland in the US.

On the Chrissie, Sam and Browny Instagram feed though, the truth (or maybe Fake News) was revealed that she has been locked in a bathroom for the week!

Check out the “Missing Swan” highlights at instagram.com/chrissiesamandbrowny

Browny, former Brisbane Lions captain and now a Fox Footy commentator, and Sam Pang, Carlton supporter and co-host of Seven’s The Front Bar, have a passion for football and kicked off the Grand Final long weekend with the outside broadcast, celebrating all things football including a unique look at what to expect from Collingwood and West Coast on AFL’s biggest day. During the morning, listeners and fans joining the team at Chrissie, Sam and Browny’s Grand Final Breakfast got to meet the team and the footy experts, were treated to coffee and breakfast and watched as thousands of dollars were given away to lucky listeners this morning. Celebrity guests participated in $10K Cash Kick competition with Dipper winning 15-year-old listener Ami $3,000 and Peter Helliar scoring young Jet $1,500 while Paul (Fatty), who coaches Wesburn Junior FC Yarra Valley, was announced as the winner of Chrissie, Sam & Browny’s $5,000 Cash Spray.