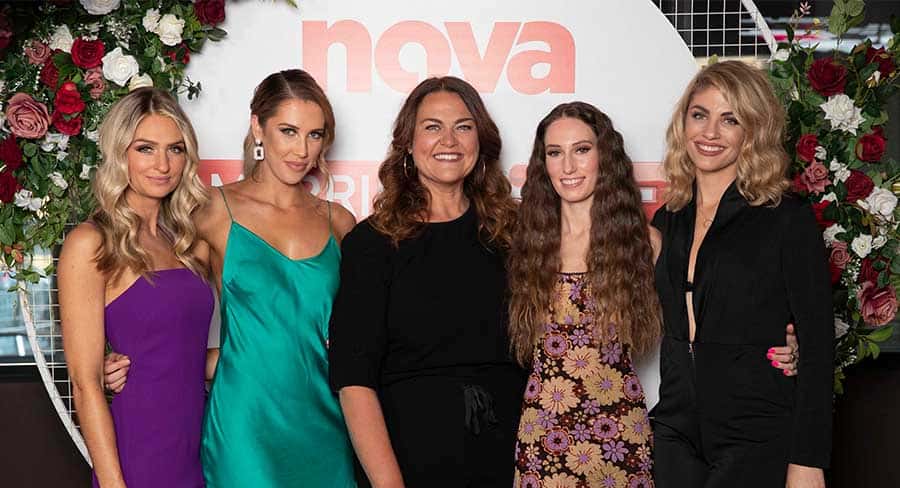 With only a few episodes of MAFS to go, Nova 100 listeners (and big MAFS fans) joined Chrissie Swan for a special event at the Palm Springs inspired Dive Bar. Unaware which of their favourite MAFS contestants were attending, the crowd were delighted when six of the MAFS favourites were revealed to provide answers to the questions they’d been waiting to know from the Honesty Box and mingling for selfies with guests.

Appearing on the night was:

A similar event was also held in Sydney, hosted by Nova 96.9’s Fitzy & Wippa. Guests in NSW included the most dramatic couple of the season, Groom Bryce and his wife Melissa. When they announced that they were coming together, Bryce said “I’ll get pitchforked, I can’t wait!”.

Nova’s Sarah McGilvray jumped in with “probably by your mum, how did you feel about that?”, in reference to a recent episode where Bryce and Melissa were put in an empty movie theatre with their families on a Zoom call up on the screen. Neither family seemed happy with the clips they’d been shown, with Bryce’s mum giving him a particularly good telling-off.

“She not my plus one that’s for sure!” said Bryce. “I love my mum but she did a number on me didn’t she. I said “come on mum, don’t tell me to lie on national TV, you know I’m not a great liar!”.