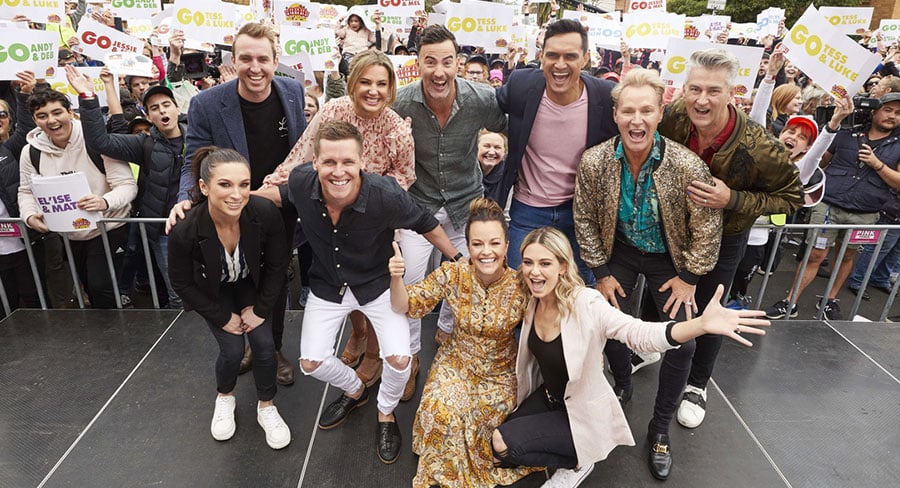 The Block is poised to make history in a jam-packed final week with two room reveal episodes, the open for inspections and the grand auction finale.

Some 20 rooms will be revealed in the final episodes, with contestants presenting rooftop terraces, garages, re-do rooms and front gardens. After 14 weeks of renovating, the exhausted Blockheads will be pulling out all stops to get over the finishing line and make it to tools down. And finally, the grand old building will be fully revealed in all her magnificent glory.

On Wednesday night The Block is open for inspection, with 15,000 Blockaholics to get a first look at the five completed homes. And for the first time in Block history the public will have their say on which house is best, with $10,000 going to the winning couple.

Then, it all comes down to the auction finale on Sunday, November 10. With five houses going under the hammer in a nailbiting night of auctions, the potential to earn millions is in the hands of the buying public.

Each couple will keep any profit their apartment sells for over its reserve price at auction. The couple whose property sells for the most above reserve will be declared the winners of The Block and pocket an extra $100,000.

This season has been the most ambitious project ever attempted on The Block. After 14 extraordinary weeks of renovation, the five homes are finally complete. Each house is unique and bursting with personality, much like the hard-working Blockheads who built them.

Glamorous grandads Mitch and Mark have built a party house fit for a Hollywood superstar. The comeback kids from Cairns, Tess and Luke, have completed their feature-filled house against all odds. Fan favourites Andy and Deb have created a stunning coastal oasis. House four is the perfect mix of heritage and contemporary by El’ise and her chippy hubby Matt. And the hard-working duo, real estate agent Jesse and girlfriend Mel, have applied stylish luxury with precision.

Since premiering on Channel Nine in 2003, over 14 big series The Block has distributed a cash total of $20,775,501 in prize money to contestants.