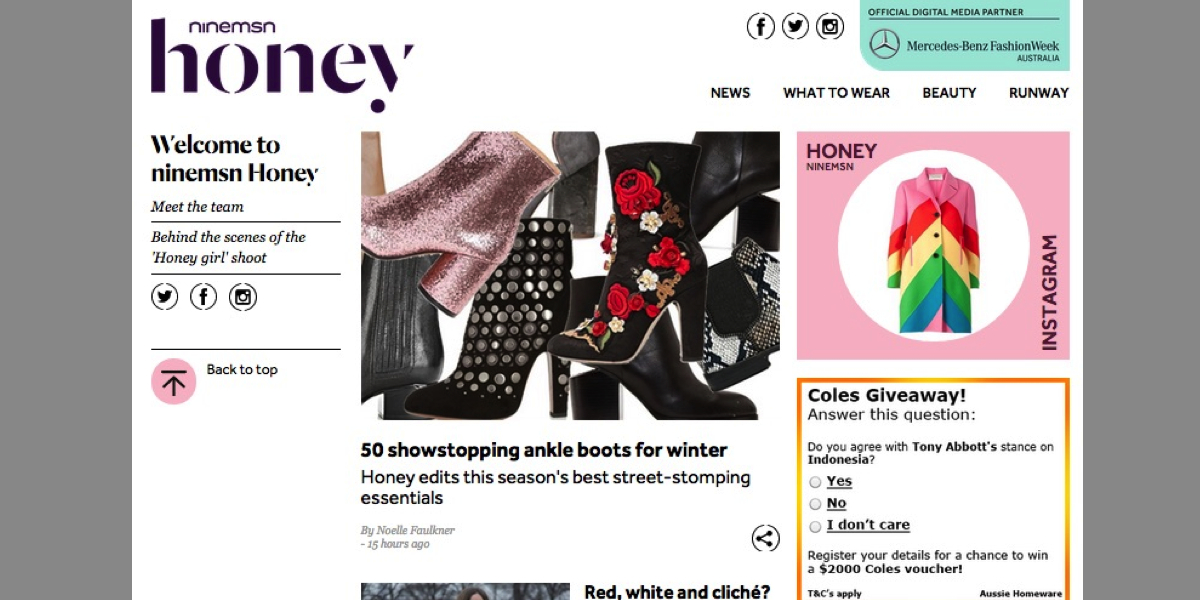 Nine Entertainment Co has announced the editorial team for new beauty and fashion site ninemsn Honey, which has launched this week.

Hal Crawford, editor in chief and publisher at ninemsn, said: “This ninemsn Honey team has an incredible fashion pedigree and commands a huge amount of respect within the fashion industry. Naomi’s appointment represents a merging of the traditional world of high-end fashion magazines, commercial know-how and the power of ninemsn’s digital environment.”

Smith has forged a 20-year career in fashion magazines, rising through the ranks at Elle Australia and marie claire before taking on the top post as fashion director at Vogue Australia where she created and launched the magazine’s first digital app.

Naomi Smith said: “I’m thrilled to be working for ninemsn Honey. It’s so exciting to be building a fresh new fashion brand with such a fabulous editorial team. We have a great vision and I’m loving bringing it to life.”

Smith, who was most recently fashion director at Harper’s Bazaar, will commence as editor of honey.ninemsn.com.au on April 20.

Ninemsn Honey is the official digital media partner of Mercedes-Benz Fashion Week Australia and is live streaming the entire event from April 12 to 16.