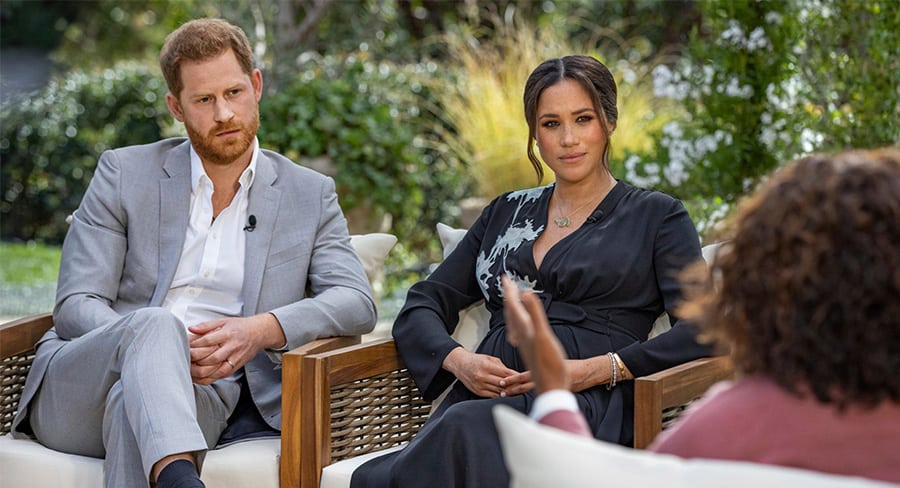 After Meghan Markle and Prince Harry’s tell-all interview with Oprah Winfrey, a 9News special presentation The Crown In Crisis will bring viewers all the latest on the fallout out from this story, tonight at 9.00pm on Nine and 9Now.

In an explosive interview, there was a range of allegations made that included that Markle was refused help when suicidal and that the royals refused to make their son Archie a prince because they were worried how dark his skin would be. The couple also said that they were cut off financially from their family and that Catherine, Duchess of Cambridge made Markle cry before the royal wedding.

The interview was the story of the night after it aired last night, peaking at 2.08 million viewers (1.51million metro) as Nine’s 6 pm news led with the Meghan and Harry interview for close to the first 10 minutes of their bulletins.

As the story continues to unfold, hosts Karl Stefanovic and Leila McKinnon will be joined by a panel of royal experts and commentators to assess reactions from London and around the world. From racist comments to rifts within the palace walls, the panel will dissect every angle of the royal drama.

As the world waits to hear from the Royal Family, this 9News special will cover all the latest information surrounding the interview, including Oprah’s new insights and reactions from London as the UK public wakes to the damning claims.

With the Royal Family said to be in a state of despair after the interview was aired, Nine will look into every part of the story: from the Queen locked in emergency talks with senior royals to Samantha Markle’s attack on her half-sister.

As national opinion forms and the United Kingdom audience is divided, Nine will also turn their attention to Australia and what this means for the Commonwealth.

9News Special: The Crown In Crisis – Tonight At 9.00pm