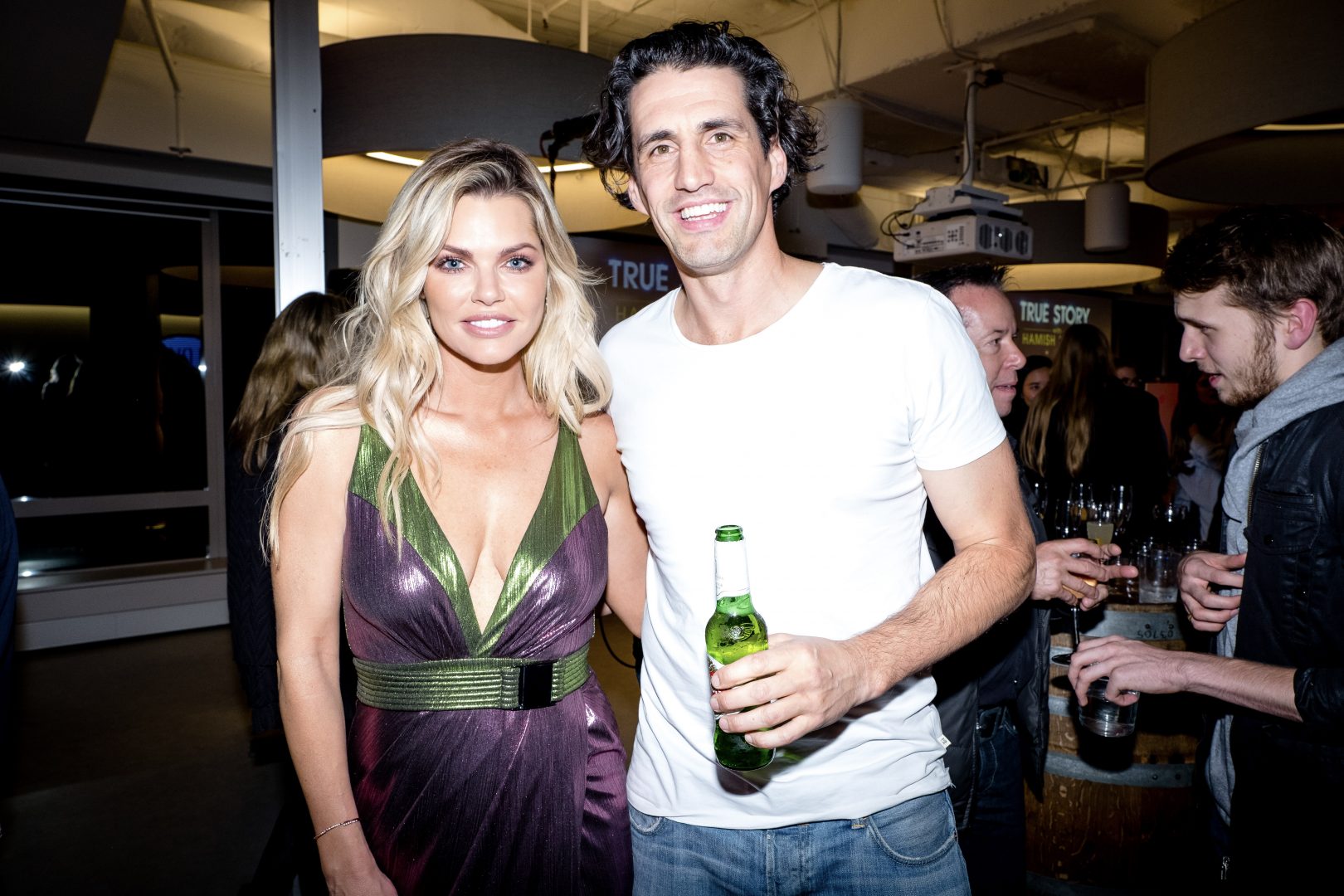 Nine assembles The Voice coaches ahead of live shows next week.

Nine held a mini showcase of its major current and upcoming formats at the Twitter HQ last night in Sydney.

The event, called Nine All Stars, literally had its biggest stars attending to plug their respective shows to an audience made up of media, Nine execs and music label representatives. Richard Wilkins was emcee for most of the night before comedic duo Hamish Blake and Andy Lee took over the stage to talk about the second season of True Story with Hamish and Andy and wrap up the evening. With only 12 contestants remaining on the singing reality competition, the live rounds of The Voice kick off on Sunday May 20. The four coaches from the show, Boy George, Kelly Rowland, Joe Jonas and Delta Goodrem, were present along with their teams to talk about the upcoming rounds. As it turned out, it was contestant Trent Bell’s birthday. The occasion was celebrated with a cake and Bell’s coach Goodrem singing for him. Later revealed in the presentation Blake and Lee started the “hip-hip” cheer after the birthday song, to which the crowd responded with an enthusiastic “hooray”. However, it wasn’t followed up with a second and third round of cheers as would normally happen, resulting in an awkward silence. The Voice coaches singing to Trent

Lee later explained the reason for this: “The person who is the most boisterous and vocal, they usually get to be the ‘hip-hipper’, which is very exciting. We [Blake and Lee] learnt of this move where, if you come in with ‘hip-hip’ and everyone says ‘hooray’, then they wait for that person to come in with a second ‘hip-hip’. If you don’t, it’s very awkward. So Hamish and I started the ‘hip-hip’ and then we both remained silent. Everyone was then silent as well. It was one of our best ever, but I apologise to Trent. You deserve better. If you find us after, we will give you personal ‘hip-hips’.”

The room filled with laughter as Lee explained what had happened. The show is making a return to Australian TV after more than five years. It last aired on Network Ten in 2012. Shaun Micallef will resume his duties as host on the fifth season when it premieres on Monday May 21. Micallef was at the Nine All Stars with the team captains for each generation represented on the show: Robyn Butler (Gen X), Andy Lee (Gen Y) and Laurence Boxhall (Gen Z). “What about the baby boomers?” asked Wilkins. “Baby boomers are old. They have had their way for long enough so we gently shuffled them off to a nursing home,” Micallef replied. “Except for the host,” Butler said.

Nine fought a hard battle to have Sophie Monk released from her contract with Ten for the show. Now Nine is making sure that it leaves no stone unturned in promoting Love Island Australia and Monk as its host. The reality TV show will air on 9GO! and 9Now starting on May 27.

Monk attended the Nine All Star event on the night before her flight to Spain to film for the series. “The show is out of control,” Monk said. “It’s 10 of the sexiest people in Australia finding love and there is money involved at the end. I love the jeopardy of that – will they choose love or money? “I get to sit back and watch all the drama for once instead of being involved in it,” Monk said, referring to her time on TEN’s The Bachelorette in 2017.

What’s the secret to Love Island’s success? “Everyone wants to watch hot people while they eat pizza on the couch and have a glass of wine,” Monk said.

While the show is not live, it’s the next “closest thing to live”. The show has a 24-hour turnaround time. The public gets to vote on which contestants they do or do not like. The most popular person at the end gets a cash prize. Then they have the choice to split it with their partner and stay with them or ditch the partner and keep all the cash. “What would you do?” Monk asked Wilkins. “I am not answering that,” he replied. [Laughs]

True Story with Hamish and Andy

The second season of the series is due to air on Nine in August 2018. Meanwhile, the German adaptation of the format is due to premiere in Germany in a couple of weeks’ time, Lee revealed.

There were 1,600 stories submitted for season one of the show in 2017. This year, it had over 8,000 stories submitted. “They were all so good that we are putting them all on,” Blake joked. “Eight thousand episodes. It’s going to run from 5am to midnight everyday.

“That’s the big announcement – no more other shows on Channel 9.” There are 145 speaking roles in the second season of True Story with Hamish and Andy. The new season is in the final stages of production.

“Thank you to those who watched season 1. We think season 2 is even better, so come and have a nibble,” Lee said. “If you didn’t like season 1, then try again.