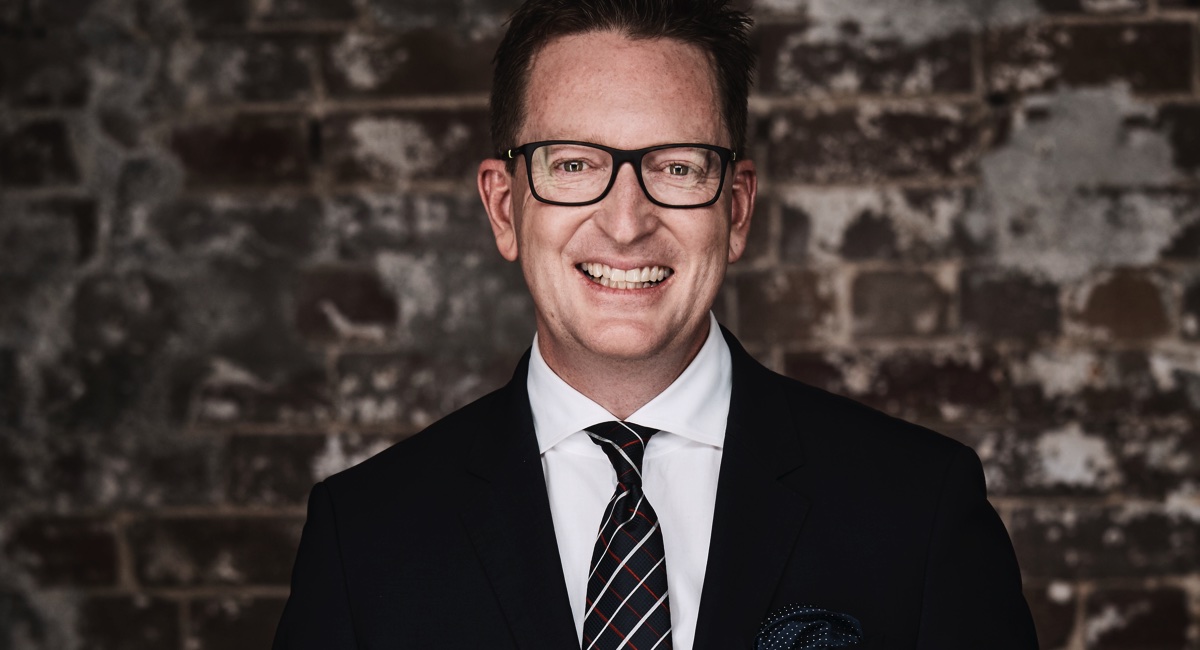 After a slow start to 2016, Nine Entertainment Co’s (NEC) TV business already looks to be on surer footing as we enter the start of survey for 2017 than at this time last year.

NEC’s chief sales officer Michael Stephenson laid out for Mediaweek what appears to be a simple strategy that can be challenging to execute successfully. “We have a focused strategy on creating great content and distributing it broadly to engage audiences and advertisers. Having major partners with us on major formats is very important.”

Stephenson has been talking to the market for a long time about 2017, starting not long after he took on the top sales job from Peter Wiltshire 12 months ago…and some time before NEC’s 2017 upfront. “We had a very informal Australian showcase for advertisers and marketers previewing what we had planned for the next 18 months. That proved to be very successful in terms of opening up different conversations with a much broader group of advertisers and giving them the time to be able to integrate into our shows with content across every platform. By going early we wanted to give them every opportunity to leverage the relation with Nine.”

When trying to organise integration into a property, clients are not afraid to push hard. “Advertisers want to push the boundaries to leverage the greatest possible return on the investment they make in our shows. And they should do that. At the same time we are continually challenging ourselves to find new and different ways for brands to be able to tell their story in our content and for them to get a much greater return. If that happens we will hopefully see them return to partner with us again.”

With regard to Married At First Sight, Stephenson said it had been supported both by partners and also in the spot market. The commercial partners for 2017 are HotelsCombined, KFC, Suzuki and Lottoland. “The expectations we have are that it delivers growth against our numbers for 25-54. As a company we are focused on growth in the demos.”

After a handful of episodes in the first two weeks of season four the format has improved the demos significantly for Nine year-on-year in that timeslot.

“I also feel very good about the rest of the first quarter schedule. Married At First Sight is the headline act, but it is being well supported. The next series of House Husbands and the new Travel Guides could make a bit of noise. There seems to be lots of social media interest.” 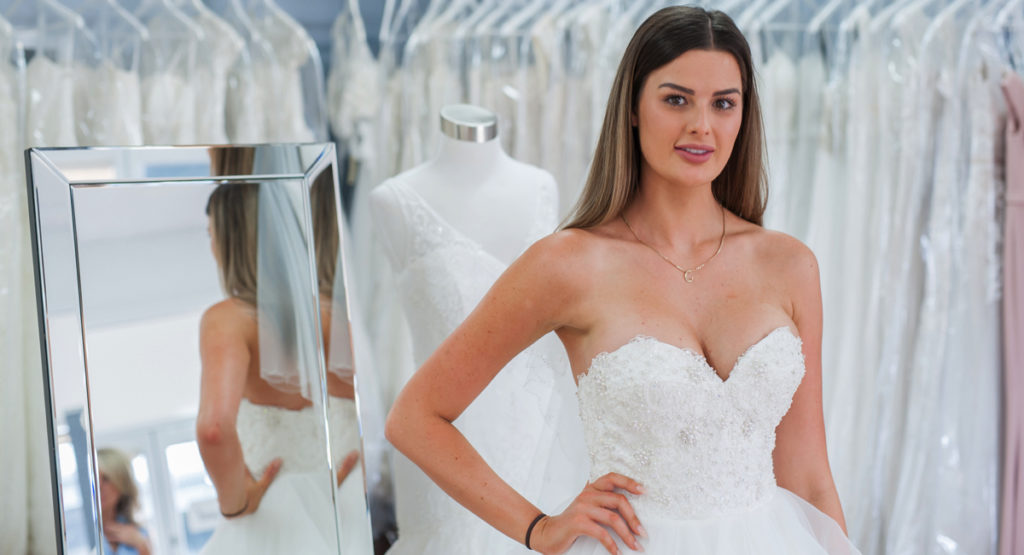 Later in the year after Married At First Sight ends, Stephenson noted another key format will launch – The Voice. “Boy George and Kelly Rowland joining Seal and Delta as coaches adds another layer of interest to the show.

“Australian Ninja Warrior we think will be a breakout hit and The Block will remain strong and reliable. We also have an exciting Endemol Shine food format, Family Food Fight, and then layer onto all that the dramas we have from House of Bond to Doctor Doctor plus a new series from Hamish and Andy.

“After some major sport including the NRL and the netball we finish the year with Ashes test cricket.

“With Married getting off to a good start, the rest of the year looks really, really strong. I am very confident we will have a good year.”

When asked about how closely sales works with content commissioning and programming, Stephenson said, “Hugh Marks has been fantastic in making sure that content sits at the very core of what we do. And engaging audiences and advertisers around the content we create is very important. Alongside me, people in my group, including Lizzie Young [director of innovation, partnerships and experience], will always have a seat at the table when discussing the types of content Nine should create.

“Ultimately [director of TV] Michael Healy for TV or [head of lifestyle] Helen McCabe for digital will make the call on what content gets made. We will definitely have input about the commercial opportunities and which demographics we are focused on. Everything we produce has to be aligned to our audience strategy.”

With Nine chipping away at 25-54 viewers, will they be able to eat into Seven’s close-to-40% commercial ad share of revenue? “We need to be able to deliver the key demos [to advertisers] consistently with levels of growth. If we can do that the commercial benefits will come.”

With now over 2.6m registered 9Now users, Stephenson is keen to monetise that audience. “Growing the number of people who have downloaded the 9Now app, putting the best possible content on the platform and giving them the best possible user experience will grow the amount of time they spend watching via the app. We heavily promote 9Now to make sure the aggregate audience is maximised. We are doing a good job, but probably could be better.”

As to offering advertisers the chance to track an audience for one program across different platforms, Stephenson admitted: “It is not easy, but 2017 is the year it becomes easy. Everybody will launch their own programmatic offering and Nine will launch 9Galaxy which will allow advertisers to buy any audience across multiple asset channels. They will be able to target specific demos on those assets. That is the future and it is not far away.”

As to outlook for 2017, Stephenson said the TV ad market had started the year strongly. “There is good demand. There was much discussion about Facebook at the end of last year and digital audience reporting and the return on investment advertisers receive when they over-index in a particular channel. That is starting to resonate with marketers.

“From a television point of view we will continue to reinforce that TV remains the most effective medium for advertising investment.”

As to the price of TV ad time in 2017, he said the cost is determined as a fundamental of the laws of supply and demand. “Demand is good and feels like it will continue to be good.”

As to recent claims of discounting, Stephenson noted that jostling for ad share is something that continually happens. “We are all extremely competitive against other broadcasters and also against anyone who creates video.”

He added Nine has short-, medium- and long-term market strategies. “The market is still short and we are sometimes selling spots for shows on the following day, but we also have an eye on how we can use the increased audiences we are getting from Married At First Sight. We also follow what trends are happening globally and how we can have a team prepared for the future when those trends come our way and how in Australia we can lead the way.”

The Nine sales director has previously worked at Ten and Seven and was a digital pioneer at ninemsn. As to how that experience has set him up for his current role at Nine, where he took over from Peter Wiltshire, Stephenson told Mediaweek: “I love our industry and I love my job and I love working at Nine. I have just finished 10 years at Nine which has flown by.

“I also really enjoyed my time at Ten and Seven and I enjoyed being part of ninemsn as digital became more mass.

“I got to work with some amazing people.” At Ten that included John McAlpine and Grant Blackley, and then Kurt Burnette and James Warburton at Seven and at Nine with David Gyngell, Pete Wiltshire and Hugh Marks.

“I have been lucky to get such good experience and now it is great being able to work with Hugh, Michael Healy, [chief digital marketing officer] Alex Parsons and [managing director] Amanda Laing.

The way shows are commissioned and sold is very different from when Stephenson first started in television. “That seems a very long time ago,” he joked. “If I look back the world seemed a lot simpler. We had one TV channel [each] and digital didn’t exist and there was no streaming.

“But when we were working in TV those days it wasn’t simple at the time – it was complex, hard and challenging. They were different challenges than they are today. It is certainly more interesting today.”

Things are not necessarily harder, just different. “Some days are harder than others though!” [Laughs]