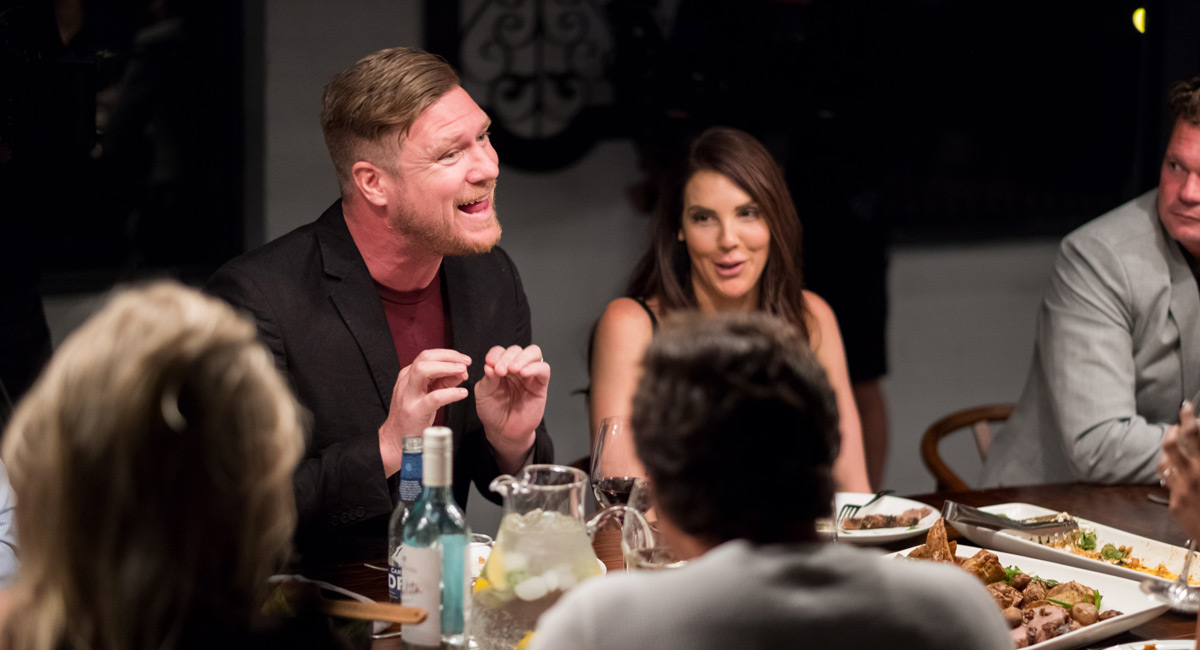 ‘By comparison to what happened this season, 2017 wasn’t very scandalous at all.’

Producing the 2018 season of Married At First Sight Australia was a “rollercoaster” experience for Nine’s executive producer John Walsh. He described the journey as an “incredible” one.

“The 2017 season was the first time we supersized it, which went pretty well. It exceeded our expectations. We had hoped to improve on that this year, but we still had MKR and I’m A Celebrity, so we knew it wouldn’t be easy,” Walsh told Mediaweek.

Nine took a gamble in 2017 when it decided to air the first season of the supersized Married At First Sight Australia format against Seven’s juggernaut My Kitchen Rules. It was a gamble that paid off with the former giving the latter a tough competition in the overnight ratings. Looking at this result from 2017, Nine decided to replicate its scheduling decision for the format in 2018.

Once again, this proved to be a wise decision for the network. As reported by Mediaweek editor James Manning in his daily TV Ratings Analysis on March 22, 2018, “The series has been the #1 program for six of its eight weeks on air. The first episode did 914,000 and the audience dipped to 835,000 on its first Sunday, but that grew to 1.35m a week later and the series was flying high.”

One of the primary reasons why the past two seasons of Married At First Sight Australia have been a hit with the audience is that the couples taking part in the “social experiment” have more opportunities to meet each other at events like dinner parties and commitment ceremonies. The events of the 2017 season often made headlines and were much talked-about on various social media platforms. But the 2018 season was “on a whole new level”, said Walsh. “By comparison to what happened this season, 2017 wasn’t very scandalous at all.”

There were people walking out, more partner swaps and infidelity.

“I get kind of happy when you see these things developing because you know it’s a good storyline that you know people will be interested in,” Walsh said.

“There’s no question that there is quite a big element of luck involved when casting… We certainly got lucky this season.”

After two successful seasons of the series and characters, how will Walsh top that in the 2019 season of Married At First Sight Australia? “That’s a bit of a scary thought,” he answered. “We are starting to cast for the 2019 season.”

About two weeks ago, when Walsh last checked, the makers of Married At First Sight Australia had received about 10,000 completed applications. Walsh will hit the road in May with his counterpart at Endemol Shine Australia, Tara McWilliams, to cast for the upcoming season.

Currently, Walsh is looking after the new season of The Voice Australia and continues to serve as the executive producer of Nine’s lifestyle show Getaway – this is his 25th year in the role. Read what Walsh had to say about the addition of Joe Jonas to The Voice and casting for the seventh season in next Monday’s Mediaweek Morning Report. He also takes a look back at some of the highlights from Getaway and talks about the chances of it coming back to primetime.