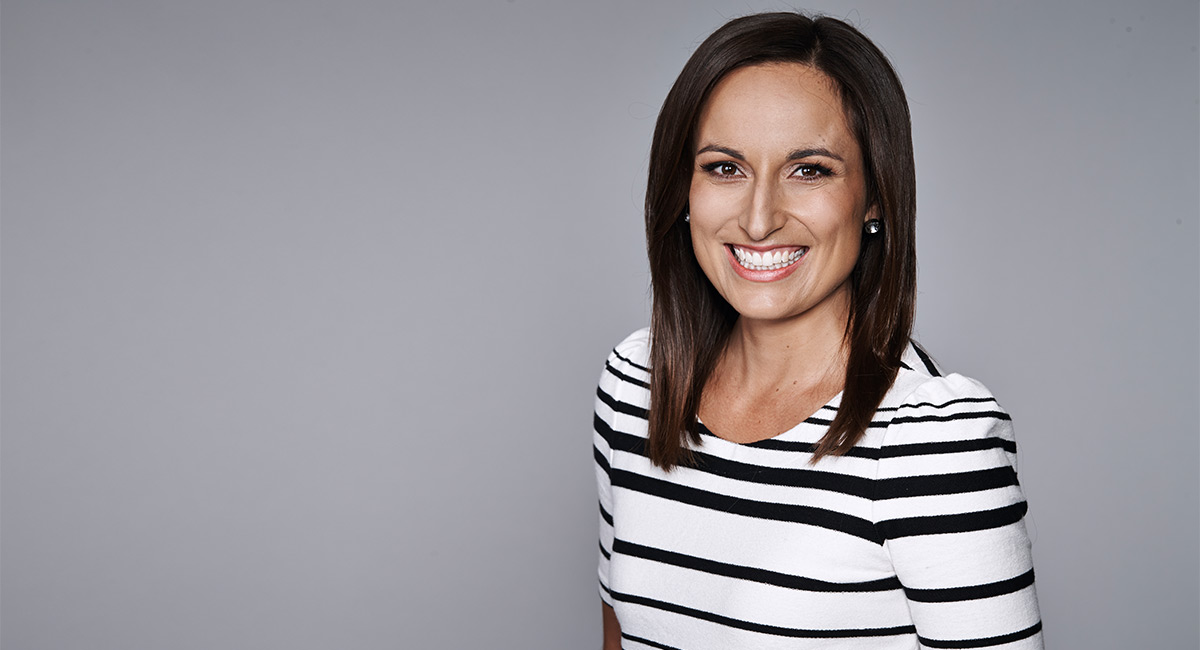 ‘I used to play netball when I was in highschool… I wasn’t particularly good at it.’

Netball has returned to Nine for the second consecutive year. This time the coverage spans across its primary channel too. The broadcaster has assigned a presenter in each state to host its coverage of the Suncorp Super Netball series. This competition, which started on April 28, kicks off Nine’s coverage of the sport for 2018.

Two of the matches from the first weekend were held in Sydney. The Nine reporter assigned to cover all Sydney games is Jayne Azzopardi.

“I used to play netball when I was in high school,” she told Mediaweek. “I wasn’t particularly good at it. You don’t have to be good at something to be able to talk about it though. You have to be interested in it.”

Azzopardi wears several hats at Nine. She works as a reporter for Nine News Sydney three days a week. On Saturday and Sundays, she is the news presenter on Weekend Today. Earlier this year, Azzopardi hosted 9Life’s Talking Married. This was a talk show about Married At First Sight produced by 9Honey.

“I have been a fan of Married At First Sight since it first came out. It was my guilty secret that is no longer a secret.” [Laughs]

Talking Married required Azzopardi to do little research – she was watching the show anyway – but this is different from hosting the netball.

In preparation for her new role at Nine, Azzopardi made it a point to read everything about netball that she could get her hands on. “From a news reporter perspective, I am reporting on a different story every day. I use that same method of preparation for the netball. I do as much reading and research as I can. But then you are also soaking up what’s happening around you on game day,” she explained.

It also helps to have a national netball legend, Liz Ellis, standing by your side and talking about the game too. “She knows everything there is to know about netball in Australia. “She is the expert and I am the TV host,” Azzopardi said.

Just coming off the Commonwealth Games, the energy in this season of the netball is high. “There were some players in that match [Giants v Lightning] that were from the gold medal-winning side, England, and there were some from the Aussie side, who won the silver. All of those rivalries were reigniting.”

Nine shares rights to the netball with Telstra. The two parties signed a five-year deal with Netball Australia in 2016.

Azzopardi will be hosting about six games from the Suncorp Super Netball series that will take place in Sydney.

“I love that it’s a women’s sport that Nine is putting on the main channel. There are about 1.2 million women and girls who play netball in Australia. We all played it growing up,” she said.

Reading the news on Weekend Today

Azzopardi has been presenting the news on the breakfast TV show for about two and a half years. Peter Stefanovic and Allison Langdon host Weekend Today with Steven Jacobs presenting the weather.

“There is no surprise that the worst thing about the role is getting up early on the weekends,” Azzopardi said.

“What I love the most is live TV and I love the news. You can also have a bit of fun too – it’s the weekend, people are getting up slowly. Therefore, there is more scope to have fun.”

“Pete and Ali are both experienced journalists. We all thrive when there is breaking news,” Azzopardi said. “Everybody gets along really well. It’s a pleasant working environment.”

Talking about the rivalry that the Today brand is often made out to have with Seven’s Sunrise, Azzopardi said: “We just focus on ourselves. If you worry too much about what somebody else is doing, then you are not going to put out the best product.”