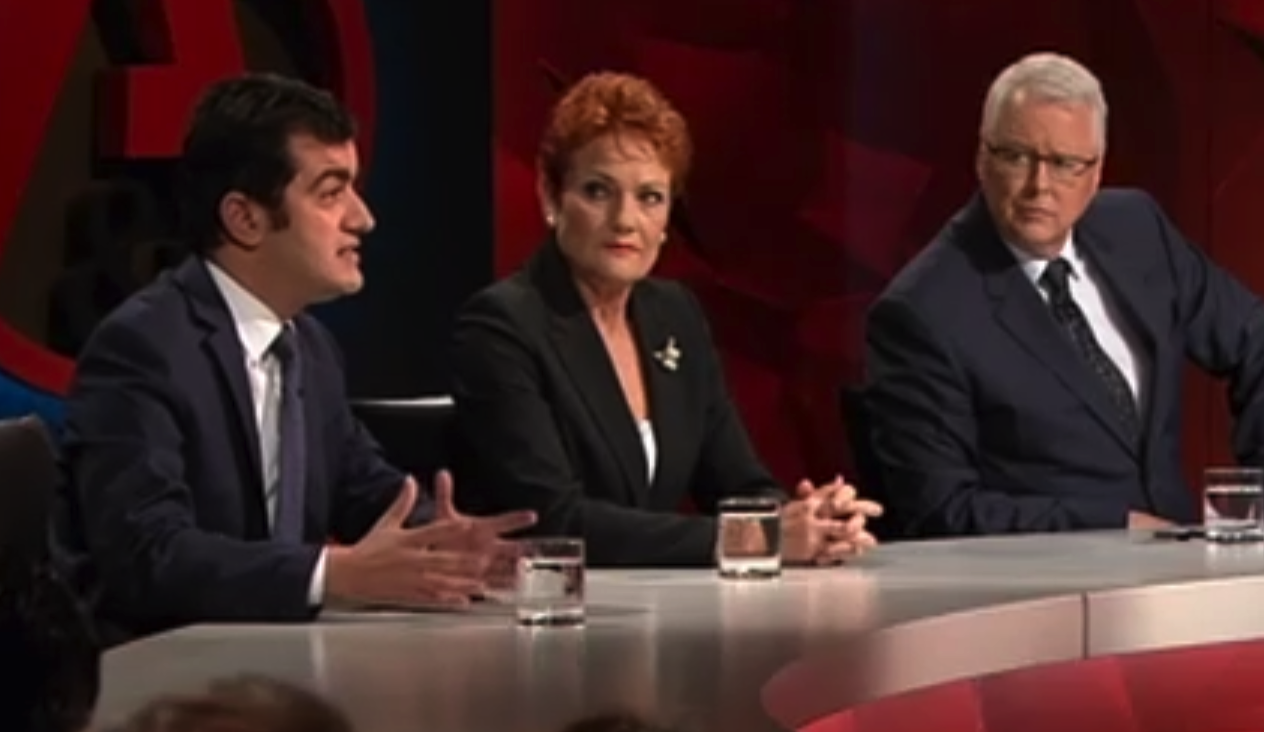 Following on from the “Halal snackpack” debacle that saw NSW Labor senator Sam Dastyari’s offer to share a meal rejected by Pauline Hanson live during Seven’s election coverage, the ABC too has capitalised on the beef. Sitting the pair next to one another (and making headlines the next day for the awkward moment Hanson asked Dastyari “are you a Muslim?”), alongside Nick Xenophon, Larissa Waters and Simon Birmingham, Q&A saw its best ratings since mid-2015, doing 780,000. This success was reflected on Twitter, with 11.8k authors sending out 60.0k tweeks about the ep.

Also riding the constant controversy that is Pauline Hanson was Channel 9 with its very own Sonia Kruger. Her comments regarding Islam held headlines all week, and were responsible for the unusual appearance of Today Extra in the Twitter TV Ratings. 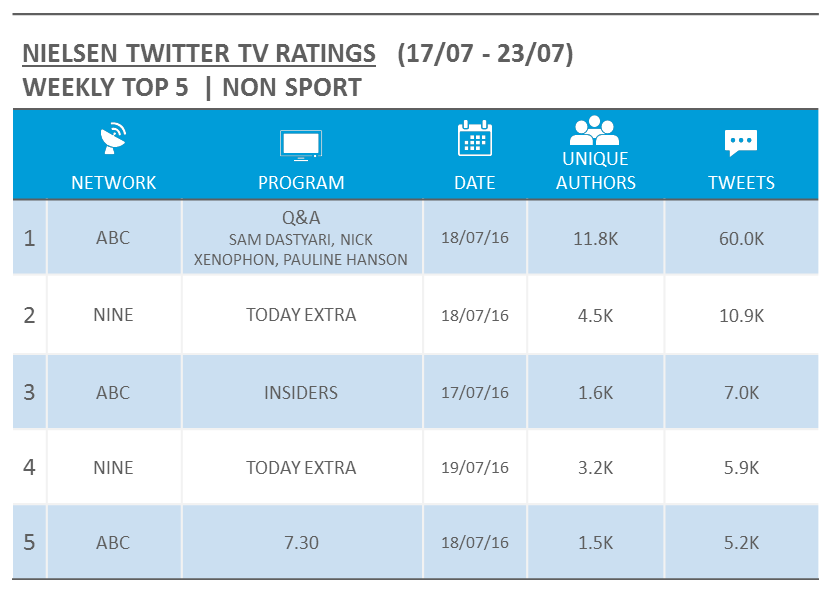 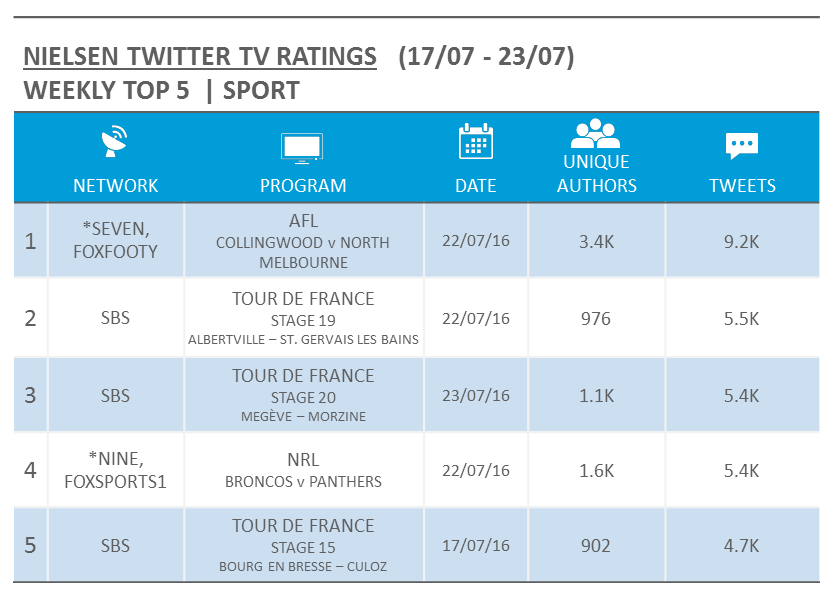