• Nine closing in on ABC, 7NEWS close behind smh.com.au

Nielsen has just released its latest digital news rankings for the month of October 2019. The global measurement and data analytics company has also published patterns revealed in devices Australians used to access their news content during October 2019.

In the top 10 ranking chart that is released publicly (only subscribers get to look at the complete data), news.com.au retains its #1 ranking with another 10m+ monthly audience. The audience was up close to 100,000 compared to the September data.

The only changes in the top 10 were The Guardian dropping off the chart due to what Nielsen referred to a “tagging issue”. Yahoo! was thereby able to improve its ranking from #10 in September to #8 in October as its audience grew from 3.876m to 4.012m.

The Daily Telegraph found its way back into the top 10 with an October audience of 3.448m.

The gap between some of the publishers in the top five is shrinking. 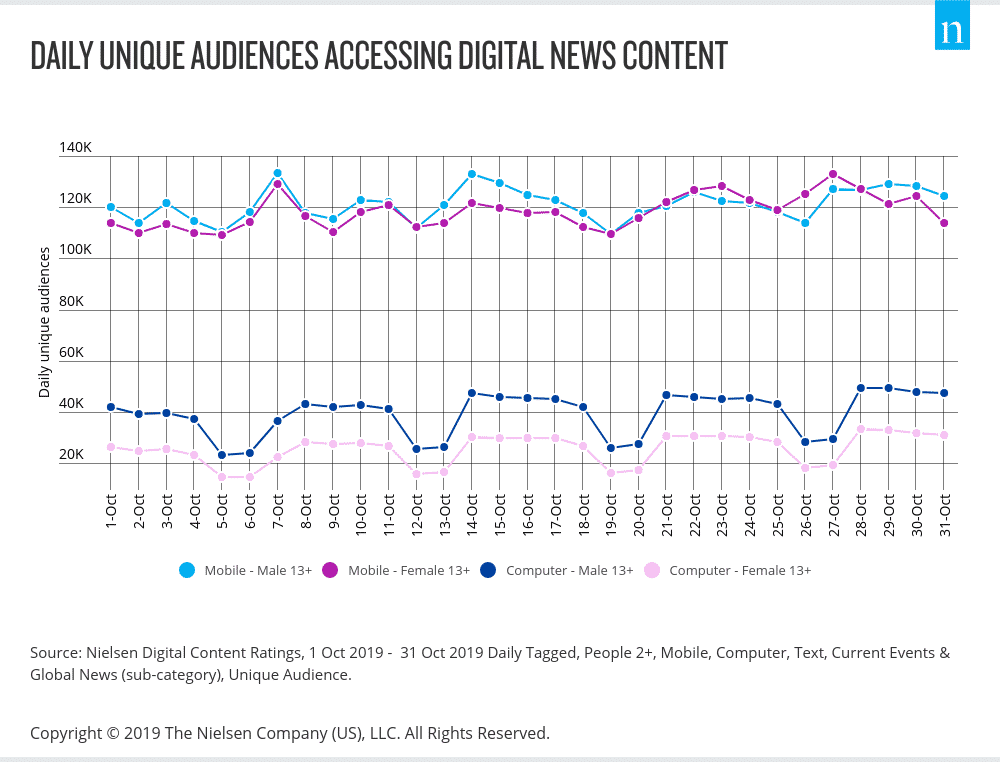 A more dramatic narrowing of a lead is that between smh.com.au and 7NEWS. In September the Nine Entertainment news brand was 766,000 people ahead, while in October the lead over the recently launched Seven news brand is now just 87,000.

Meanwhile the latest insights on how Australians are accessing their digital news content revealed that audience consumption via computer devices has a clear pattern based on the day of the week. Troughs in audience engagement on computer devices were reported on the weekends and peaks were seen during the week.

Mobile device usage was the main method used by Australians to access news content in October 2019. During the month, men and women also were driven to different news sites and stories. 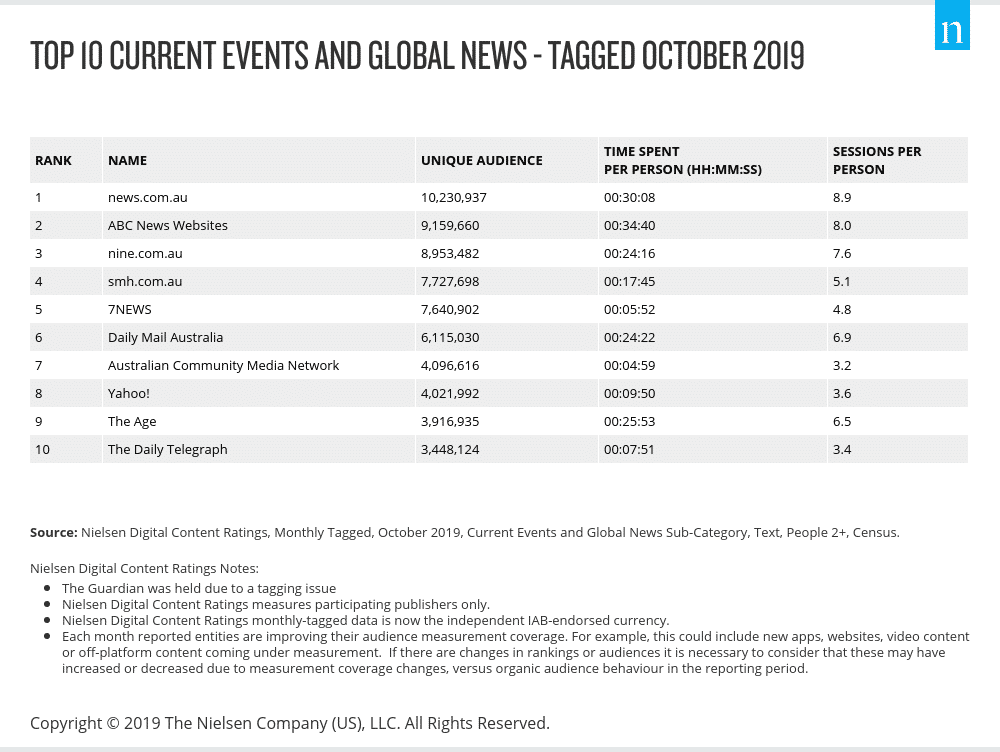