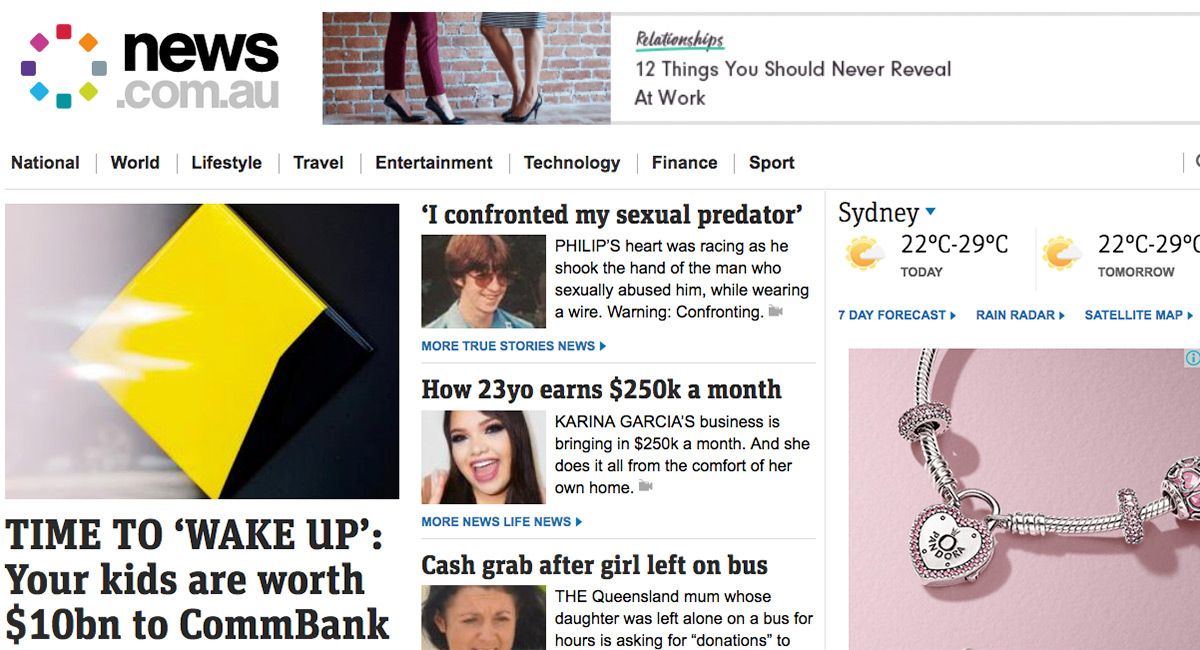 News.com.au grew 7% when compared with prior year

December 2017 digital news rankings released this week by Nielsen revealed that news.com.au (5.6 million) remained the top news entity and grew 7% when compared with prior year.

In comparison with December 2016, there were changes in the ranking order for the next six news entity rankings. Yahoo7 News websites (3.0m, +21%) moved from seventh to fifth place, followed by Herald Sun (2.4m, +9%), which jumped from ninth place to sixth place. 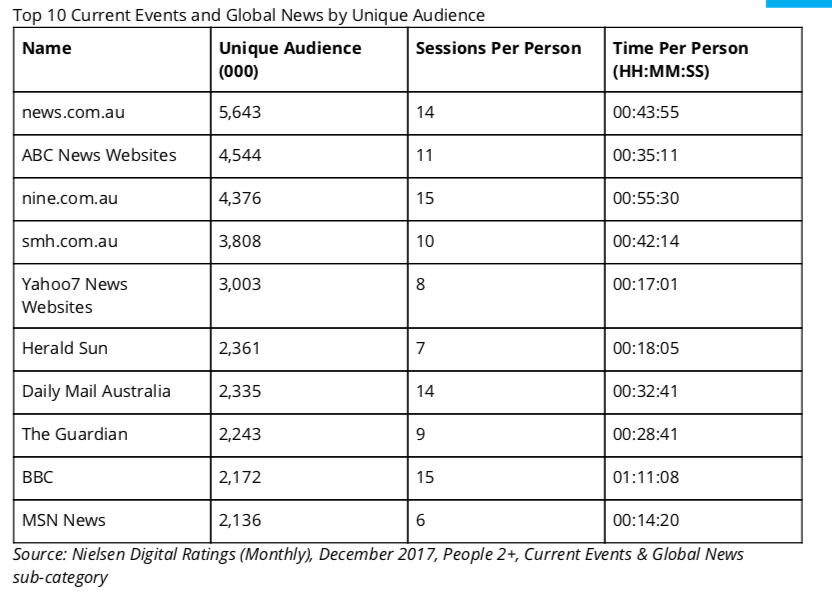