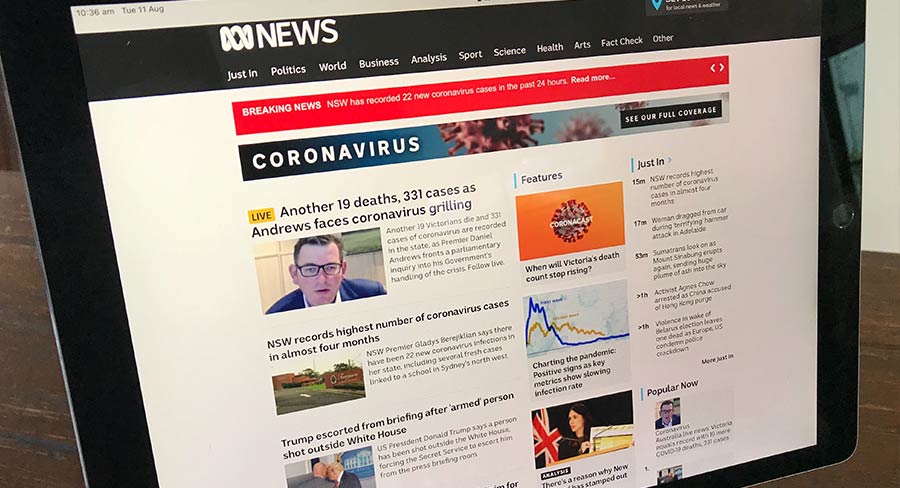 Australians continue to seek out information and returned to news websites for regular updates as a second wave of COVID-19 has emerged.

According to Nielsen Digital Content Ratings data released today, users collectively spent nearly 45 million hours engaging with news content online for the month, an increase of 51% when compared to July 2019. 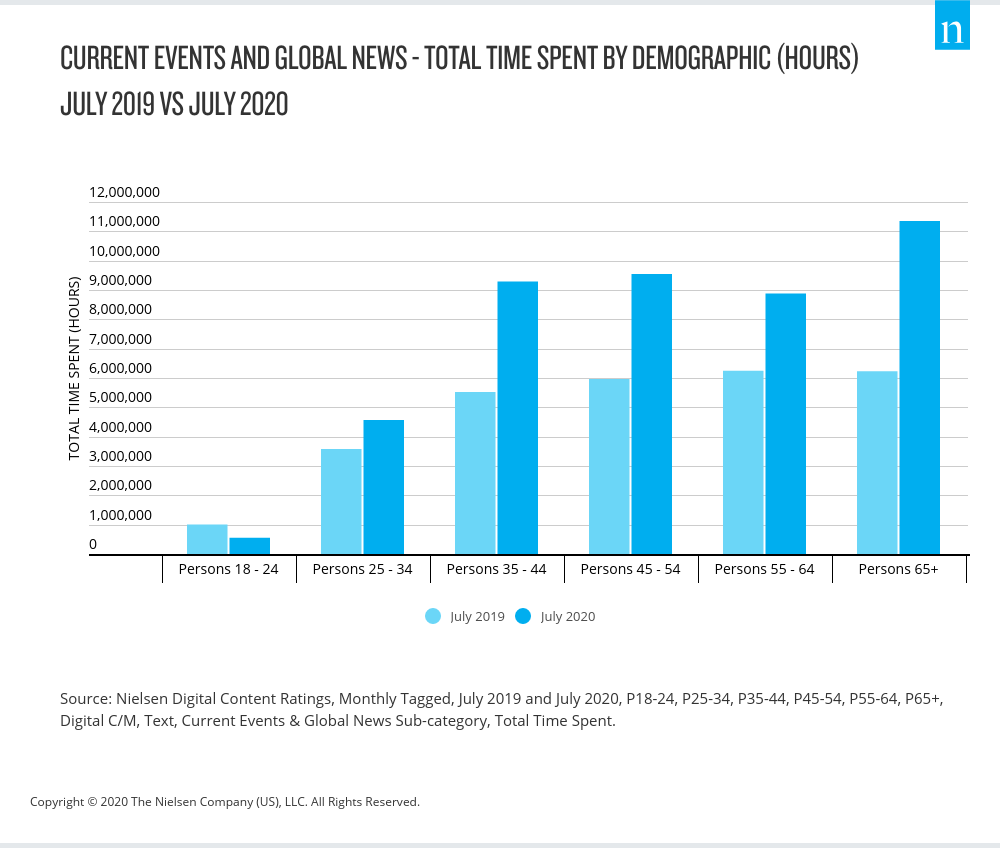 Nielsen Digital Content Ratings reported that ABC News Websites retained the top position, with a unique audience of 13.3 million for the month of July 2020.

The biggest mover on the chart was news.com.au which lifted from fourth place to second month-on-month. The rest of the top 10 was unchanged from the previous month.

All of the top 10 current events and global news sites saw a month-on-month increase in unique audience, with seven of those 10 sites seeing a double-digit percentage increase. 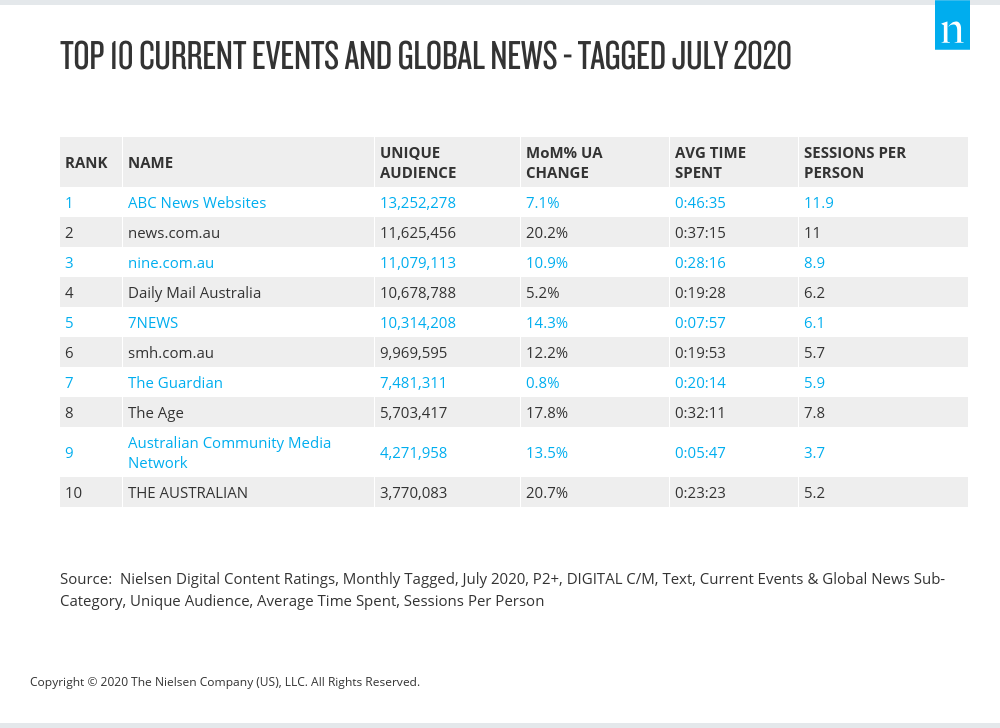