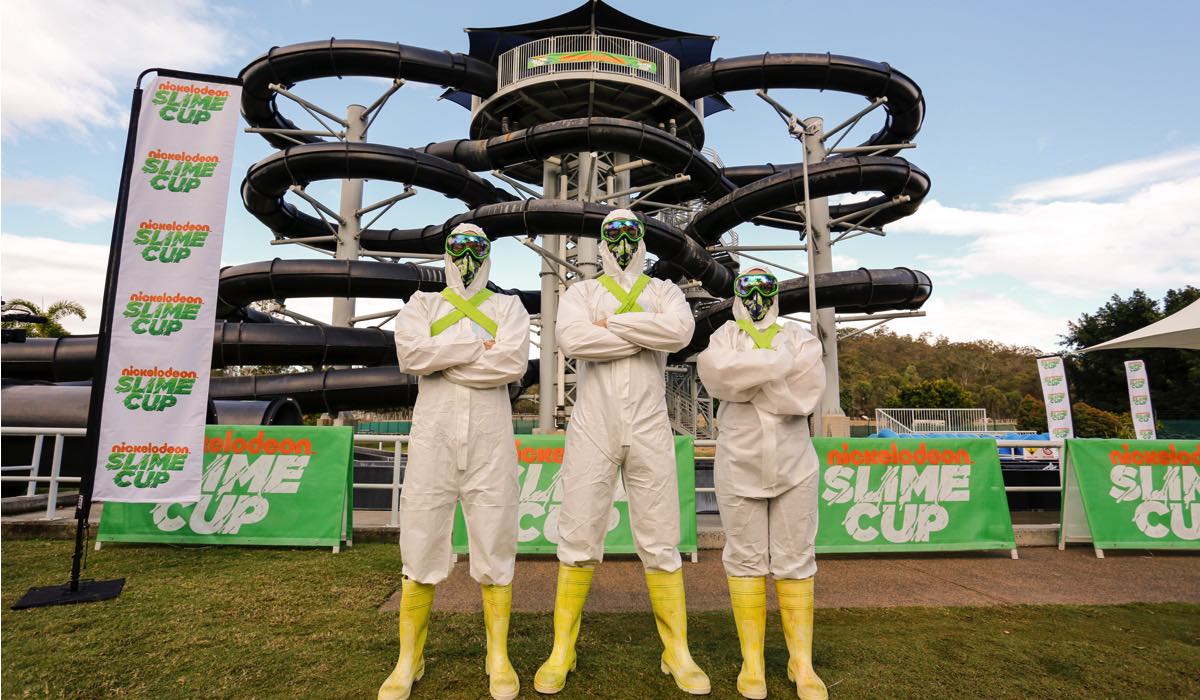 Prepare to get slimed

Kids are gross. They generally don’t mind getting filthy and the least polite things amuse them to no end. Need proof? Just look at the delight of the contestants of Nickelodeon’s obstacle course game show Slime Cup as they reach inside a large prop nose and pull out novelty-sized boogers.

The boogers, Slime Cup architect and Nick head of on air and creative services Mick Elliott explained, was core to the intent of the Slime Cup. “This had to truly be a Nickelodeon experience. It had to be irreverent, it had to be funny, it had to be comical, and it had to be great content as well. That’s the filter we used.”

The production of Slime Cup is an effort to produce local content that can be utilised across multiple platforms for Nickelodeon. 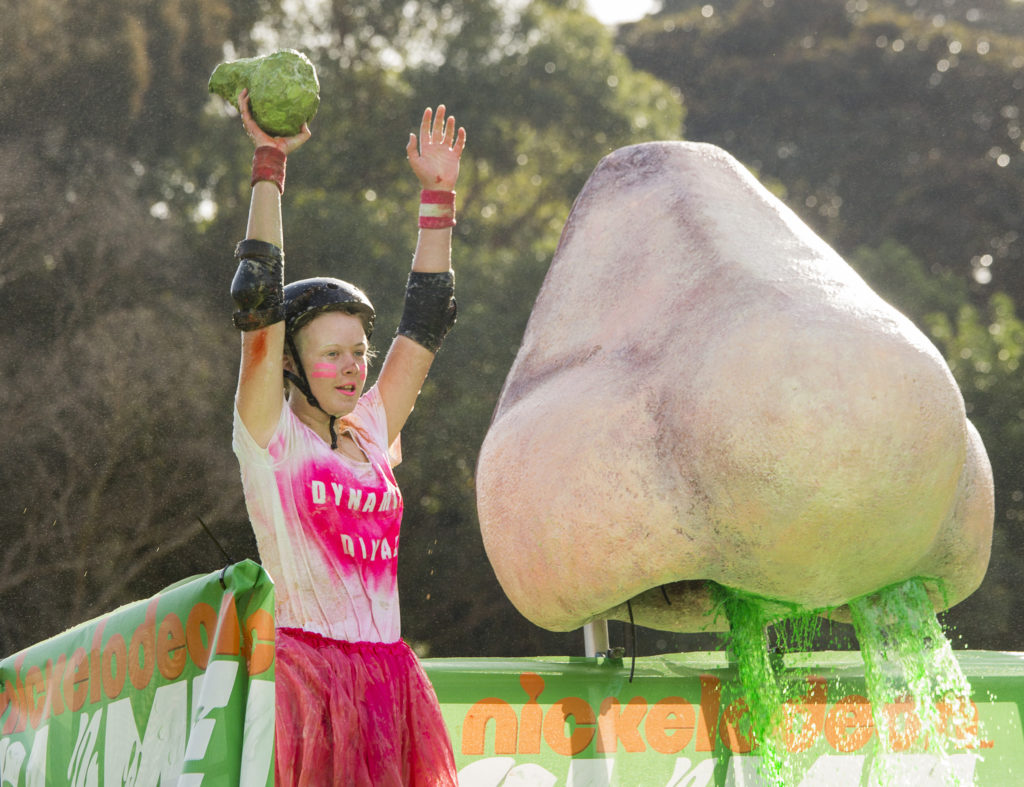 “More and more we see the need to meet kids at all the different platforms that they consume our content on. With this series, we’re delivering our biggest-ever quantity of digital video that we’ve ever created for any local production. A lot of that material is already up online,” Elliott said.

The scale of the production was also far more ambitious than one would expect, with the shoot involving drones filming the action on the obstacle courses from up high.

Being a production for kids, the series scheduling is also different from what you’d expect, with debut episodes screening on Friday afternoons. 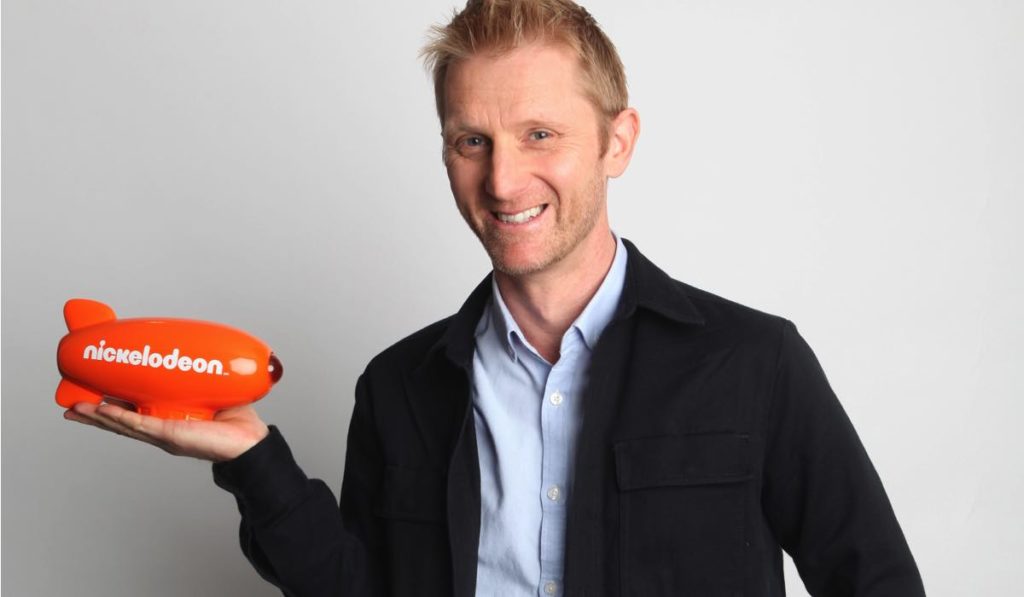 “Our director of programming does an incredible amount of analysis in terms of where we premiere an episode. Friday afternoon is a time where kids have more access to the remote,” he said.

“The schoolwork is finished, there’s not as much pressure on getting homework done, so there’s more access to the TV set than they’d have. We also encore the episode throughout the week. But ahead of broadcast, we release digital content.”

The Slime Cup itself has kids competing on several giant novelty obstacle courses, covered in Nick’s trademark green slime. Kids compete for the best time on the courses, then follow it up with other challenges, some of which include eating bugs. 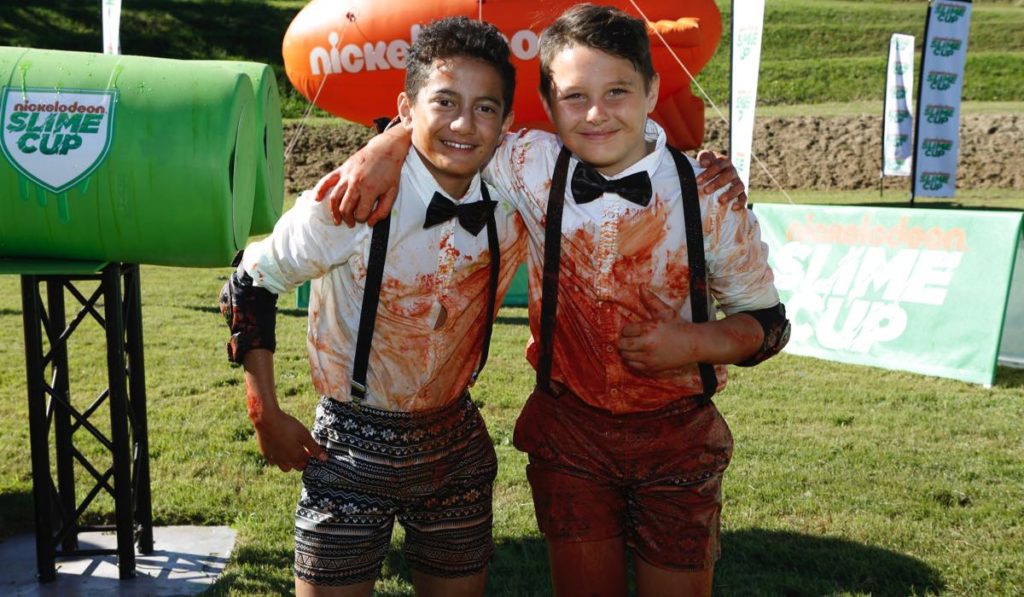 The kids, host Kristy Best explained, approached all of the challenges with great enthusiasm. “Because the kids want to be part of this challenge, they’re already keen to try everything. So, there’s really nothing that we do that they’re not going to throw themselves into.” Even eating the bugs.

“There’s actually a lady who breeds them for consumption,” Elliott advised. “They’re very high in protein, they’re absolutely good for you, and the farming processes are actually far more environmentally friendly than with livestock.”

Skye Blackburn, who sells the bugs embedded in candy lollipops through her website, is currently out of stock.