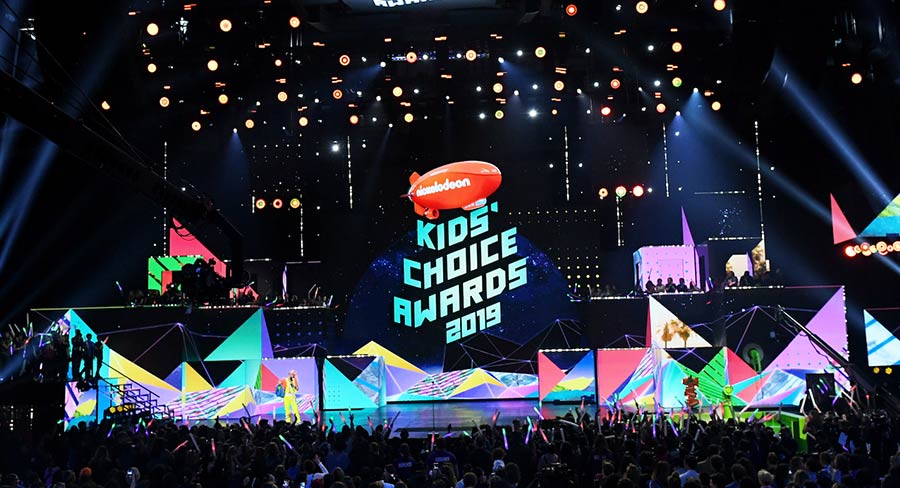 Nickelodeon’s 2019 Kids’ Choice Awards were held in Los Angeles last weekend and the broadcast in Australia this week was ranked #1 STV program.

The 2019 event was hosted by music mogul DJ Khaled, and the unpredictable and always messy awards show ranked as the #1 STV program within its timeslot, amongst kids 5-12 when it was broadcast in Australia on Monday 25th March on Foxtel. With a 44% increase in audience year-on-year, Aussie kids tuned in to celebrate their favourites in pop culture, television, music, social media and movies, in addition to seeing which of their local nominees, for whom they voted, would dominate in the Australian and New Zealand award categories.

“In addition to nearly double the amount of kids tuning in to the show locally, we also saw great digital engagement resulting in some of the best local voting numbers on record. Our fans are eager to see their favourite Aussie and Kiwi nominees take home a Blimp and working collaboratively with our local nominees allows us to generate greater excitement. This year we collaborated with some of our content creators including top gamer and Youtuber Lachalan Power and soccer trick-shot social sensation Jed Hockin who attempted a Guinness World Records title as part of his voting campaign.”

This year’s party kicked off with DJ Khaled making his way to the Kids’ Choice Awards in style, with an assist from friends Kylie Jenner and the Jonas Brothers. His next-level arrival began with a ride in a Rolls Royce Phantom, followed by a cruise on a luxury yacht, and a trip on board the “Kids’ Force One” helicopter before landing at the Kids’ Choice Awards.

There was no shortage of slime and epic moments from this year’s show: Will Smith, Mena Massoud and Naomi Scott from Disney’s Aladdin arrived on a magic carpet and made the audience’s slime-filled wishes come true, dousing Smith and kids in green goo. DJ Khaled had to don a JoJo bow after losing a dance battle to JoJo Siwa in a live vote before Isabela Moner, Eugenio Derbez and Michael Peña, from Dora and the Lost City of Gold, world premiered the trailer for the upcoming Paramount Players live-action movie.