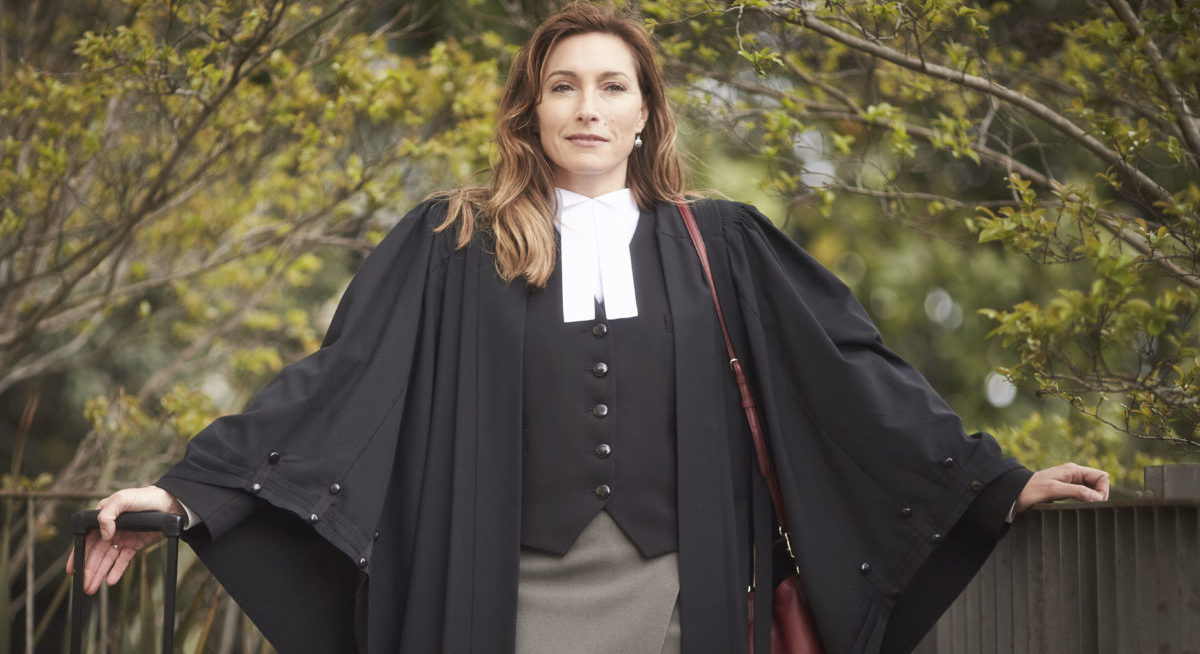 The Newton’s Law star on the new ABC series

“I am a big fan of Deb Cox and Fiona Eagger,” Claudia Karvan told Mediaweek about the creators of her latest TV role, Josephine Newton.

“I was looking for a role that wasn’t too emotionally fraught and a character who was intelligent and successful with heroic characteristics. This character fits the bill and I was very excited to talk to them about the project.”

Karvan was apologetic about the “boring story” about how well it all went. The cast watched the first two episodes together in Melbourne soon after our chat with the series’ star. “We will have a drink and a party. Deb and Fiona are great leaders, blue chip producers.”

More recently Karvan admitted her TV work as a producer has been taking precedence, noting her time on Essential Media’s Doctor, Doctor and CJZ’s House of Hancock, both for Nine.

As to recent acting offers: “There is some stuff I get offered I don’t even read because I know it just won’t suit me.”

Karvan is as enthusiastic about her Newton’s Law colleagues as Eagger was. “It was a total pleasure being on set with them. That needs to be pleasurable as you are all there from 5am every day working in all sorts of weather. The cast needs to have a sense of humour and a great attitude. They were all real professionals and there wasn’t one bad egg.

“Toby Schmitz is such a professional and an intelligent actor and I had to keep on my game to work opposite him. He was very applied, very focused and very smart.”

Karvan was reunited with Sean Keenan, whose character in Puberty Blues was dating Karvan’s daughter on the series. “He has grown up so fast. He is going to have a mighty career and he has the emotional intelligence and the ambition to cope with it. I really enjoyed working with him…and the rest of the cast.

“Jane Hall and I would gossip and chat and gasbag all day. Jane Hall was in my contract! I said I’m not going on set unless Jane Hall is there.” [Laughs]

As to pressure a castmember might feel if their character’s name features in the title, Karvan told us: “Since becoming a producer I feel like I have a wider view of everything. If I hadn’t worked as a producer I might have been feeling that anxiety and a level of pressure. I realise I am just a face of everyone else’s very hard work.”

As Eagger explained, Karvan enjoyed working without any production concerns. “As a producer you have to problem solve all day. As an actor you have everyone else solving all the problems…all care and no responsibility.”

Karvan said she wanted to be more like her character. “I am working on becoming more like Josephine Newton. [Laughs] I would like to have such high emotional intelligence and resilience and the ability to be non-judgmental. Never indulge in self-pity and always be optimistic. I am not letting her go, I am keeping her with me and trying to be more like her.”

Karvan acted and co-produced on Love My Way and Spirited, and then had only production roles on House of Hancock and Doctor, Doctor. She explained how much she enjoyed producing: “Particularly with Nine where Andy Ryan and Jo Rooney are a terrific creative team to be working alongside. It is good because it used different skills. Acting is very physical and emotional while producing calls on all of your patience, managerial skills and creative problem solving.”

Ryan and Rooney have yet to pressure Karvan into acting in something for them. “I don’t think they want me on Nine,” laughed Karvan. “I don’t think I’m a Channel Nine face.” [Laughs]

Karvan has done much of her best work with producer John Edwards and she hopes to work with him again. “He’s the reason I moved into producing too.”

Brett Tucker plays Karvan’s estranged husband in Newton’s Law. Much of Karvan’s best work is portraying one half of a fraying relationship, particularly in Puberty Blues where she was one of the Vickers – Karvan was Judy and Jeremy Lindsay-Taylor was Martin. After a long laugh, Karvan agreed: “It was a very strange relationship.”