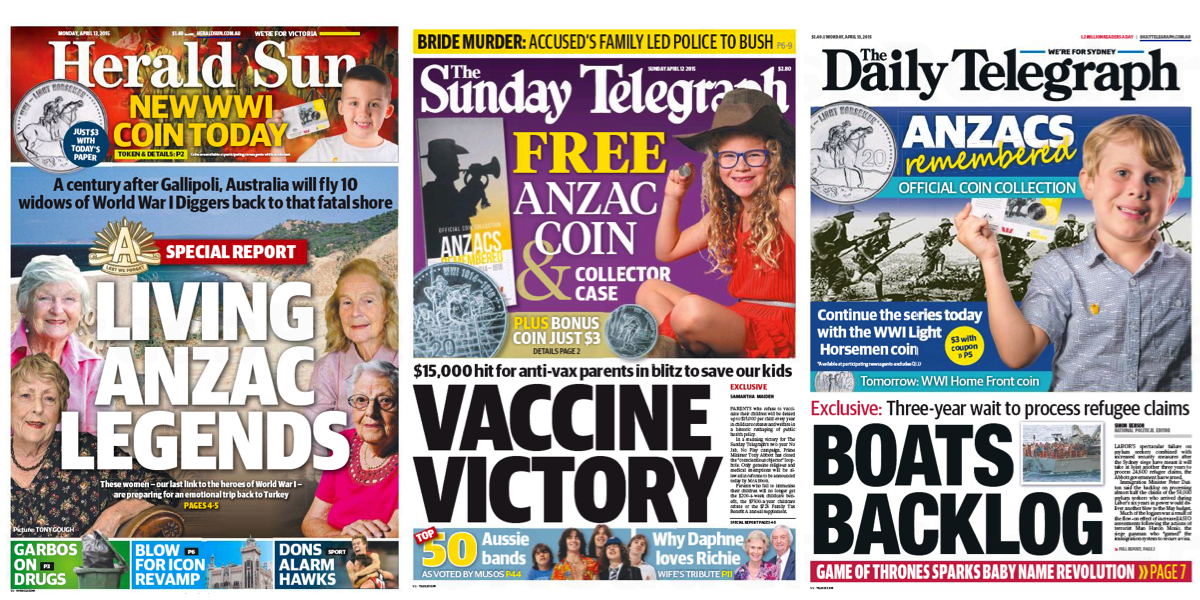 Newspapers digital audience up 9% to 11.4 million

Consumer demand for news on the move has created strong audience growth on newspaper digital platforms, with more than 3 million users each month on mobile and tablet devices, a year-on-year increase of 14% and 9% respectively, emma (Enhanced Media Metrics Australia) data for the 12 months to February 2015 has revealed.

Total newspaper media readership has remained consistent with 92% of all Australians aged 14+ reading newspapers across platforms. Printed newspapers continue to contribute the largest audience, with 14.2 million readers, or 80% of the population.

“More than three quarters of our population now own a smartphone, which has doubled in the last four years, according to the Telstra Smartphone and Tablet Index. People are checking their smartphones up to 150 times a day and this is where newspapers play a vital role, with readers turning to trusted sources for breaking news and information on the go, wherever they are,” The Newspaper Works CEO Mark Hollands said.

In terms of average issue readership (AIR) for printed newspapers, the weekend newspapers have the highest readership, with the top three titles averaging more than one million readers.

Although newspapers in smaller states and territories have lower readership, they reach a higher percentage of people in their state/territory. 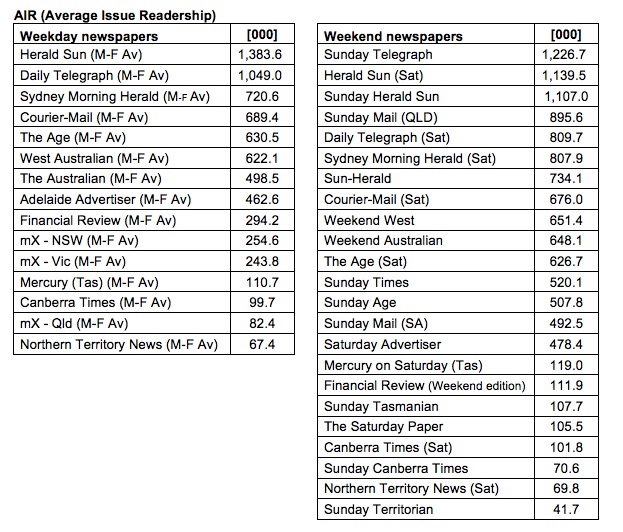