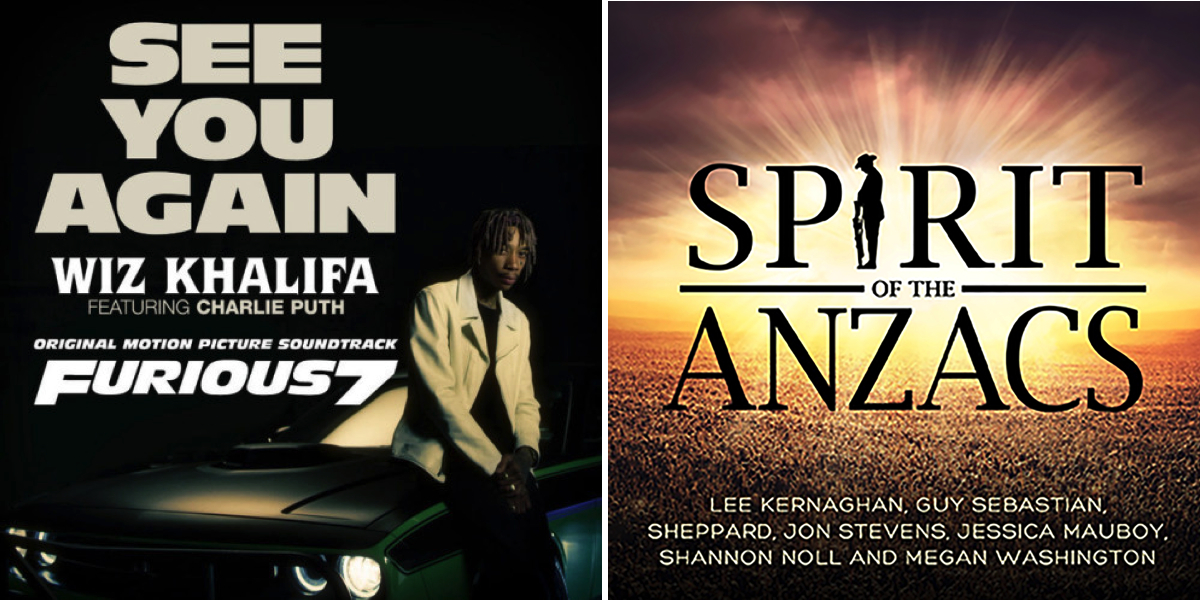 Singles
After hovering outside the top 50 last week in its second week in the chart, “See You Again” from Wiz Khalifa featuring Charlie Puth has jagged all the way to #1 in its third week and was the only new entry in the top 10. The release of the movie Fast And Furious 7 has helped the chart surge with the track featured in the chart-topping movie that broke box office records last week. American rapper Khalifa was last in the top 10 in 2012 with  “Young, Wild & Free”.

There were just two new entries debuting in the top 50:

#20 Jamie Lawson with “Wasn’t Expecting That”
#44 YG with “Ride Out” featuring Wale, Tyga, Rich Homie Quan and Kid Ink
Slipping inside the 50 from lower down the chart are:
#58 to #41 Walk The Moon with “Shut Up & Dance”
#82 to #42 Flo Rida with “GDFR” featuring Sage the Gemini and Lookas (also from Fast And Furious 7)

Albums
Spending a third week at the top of the album charts is a very rare feat these days but that is what Lee Kernaghan has managed with “Spirit Of The Anzacs”. With less than two weeks til Anzac Day don’t expect this album to move too far from the top.

Kernaghan managed to stop Ed Sheeran from reclaiming top spot again with “X” still at #2 while Kernaghan also stopped chart chart surges from two albums just short of top spot:
#3 Fast And Furious 7 Soundtrack up from #33 on its third week on the chart
#4 All Time Low with “Future Hearts” in its first week on the chart
Just one other album debuted inside the top 50: Sufjan Stevens with “Carrie & Lowell”.