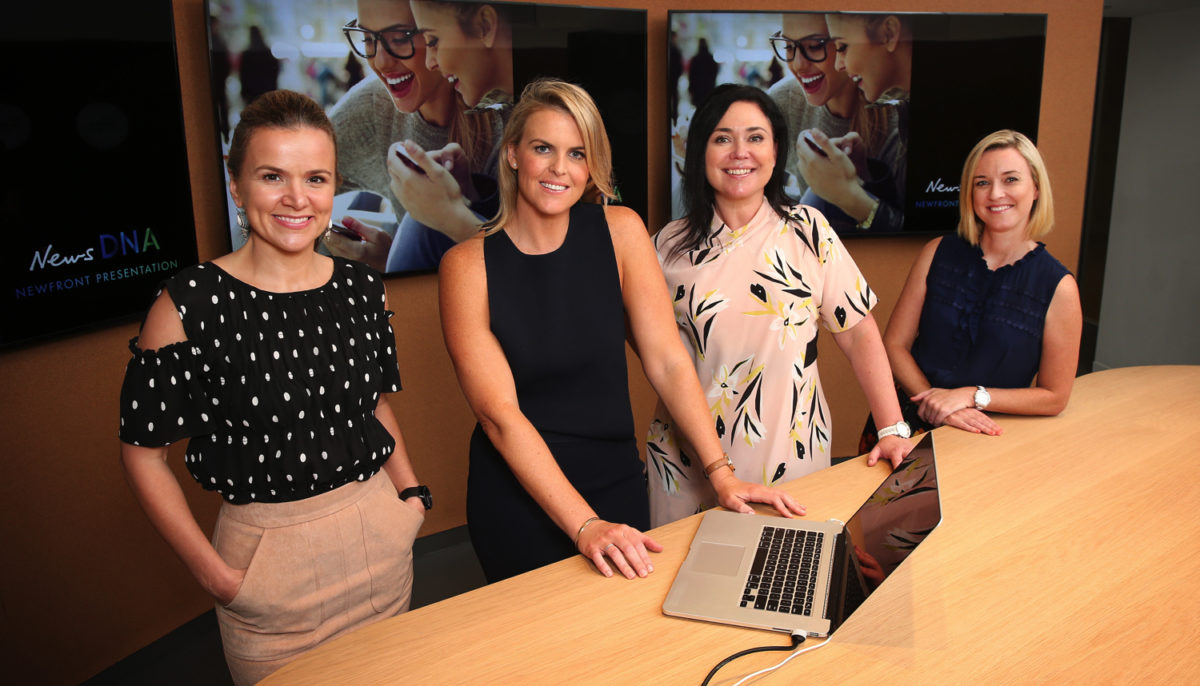 Whimn.com.au will launch in early March

With Her In Mind Network (Whimn) editor Felicity Harley was introduced to the crowd after joining the company three weeks ago.

Whimn.com.au will launch in early March. NewsDNA managing director Nicole Sheffield told the crowd that the website will fill a glaring gap in the women’s market.

“What Australia is missing is that no one is connecting with [women’s minds],” Sheffield said. “We were letting them down. There has been a fundamental shift in the Australian female audiences. They don’t want Toddlers and Tiaras and they don’t want Kim Kardashian. They might read it or check it out, but where they want to spend their time is in positive environments.

“When you look at the gap, it’s pretty significant. They have to go overseas to get the content that nourishes their minds and souls.”

At its annual upfront last year, women’s content publisher Mamamia spoke along the same lines of appealing to women’s mind when it introduced its four new verticals.

In a graphic during the presentation, News Corp identified Mamamia as its closest competitor in the space.

Whimn.com.au will give women a premium environment to indulge in, Sheffield said. It’s been built on six verticals:

Talk: This section will have 24-hour news coverage of topics and subjects that relate to women. It will also include opinions and columns from its contributors (see below). The executive editor of women’s network at NewsLifeMedia, Melissa Overman, also emphasised that the section will have content relating to true crime. “We want to be her fix for her CSI,” she said.

Love: This vertical will include everything to do with relationships. “We will have sex diaries, anonymously, of course,” Overman said, laughing. “Women want to engage in this content. They want to read about other people’s escapades, but they want to do it in a slightly sophisticated way. It’s like a thinking woman’s 50 Shades.”

Life: The vertical will cover finance and career. Overman promised that the topics would be covered in an engaging way.

Look: This section will include content about fashion and beauty.

Strength: This category will include information about health, wellbeing and fitness.

Play: The section will cover everything to do with entertainment: pop culture and celebrity content.

“Our content strategy in a nutshell is, we want to give her 70% of the content that she wants, but we also want to give 30% content she doesn’t know she wants yet,” Whimn.com.au editor Felicity Harley told the room. The presentations also indicated that the new website will be seeking to cover women’s sports, however, it wasn’t specified which vertical this coverage would fall under.

To help feed the website’s 24-hour news cycle, Whimn.com.au will have a newsroom in New York, which will be headed by former news.com.au journalist, and former Mediaweek Podcast guest, Charlotte Willis. News DNA has also forged a content partnership with The Cut – the fashion section of New York magazine. Some of the voices that will be contributing to the website at launch include TV presenter and journalist Tara Moss, former Mamamia Women’s Network editor-in-chief Jamila Rizvi, Sunrise’s Edwina Bartholomew, author Liane Moriarty, former Olympian Lydia Lassila and wellness guru James Duigan.

Whimn.com.au will spearhead News DNA’s content offering. The website will also be used as a platform to launch shoppable video content. This has been done in partnership with Pixmoto.

Pacific Magazines also launched shoppable video this year with the refresh of marieclaire.com.au (See this week’s Mediaweek magazine for more on how Pac Mags is aligning editorial with e-commerce).

News Corp will be making it easier for its clients to book and track their advertising across its digital properties, said Ainslee O’Brien, News DNA’s director for product, sales and strategy.

Using News Connect, powered by Quantium, advertisers will be able to track the performance of their advertising versus the performance of the editorial product it is embedded in. Along with this, they can also use the tool to track which key words have been popular across News Corp’s digital properties, as well as compare two key words. This will enable them to make better decisions about how and where they want to spend their money.