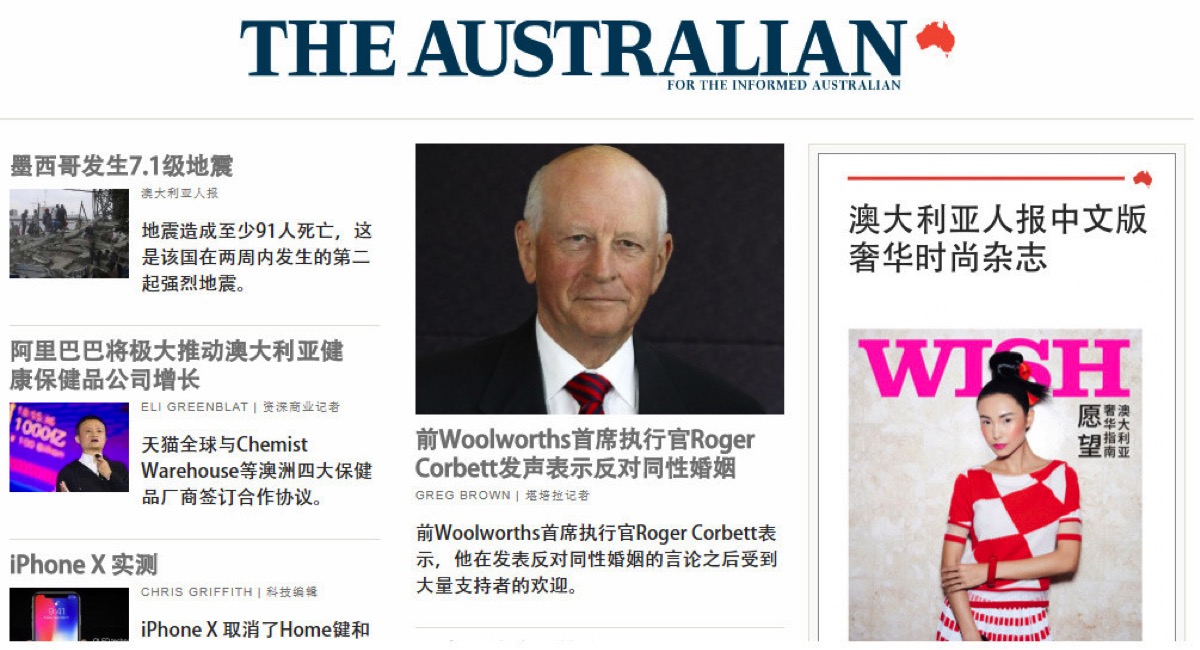 From today, Chinese-speaking Australians will now be able to read curated coverage from The Australian online at cn.theaustralian.com.au.

The new website will be updated weekdays with coverage and analysis from across the masthead.

The Australian is the first News Corp Australia brand to offer multilingual news content in an effort to keep more Australians informed. The new pilot comes as the latest Census data shows the number of Australians who speak Chinese at home has risen by 0.9%  to 2.5% since 2011 – making it the second most commonly spoken language at home.

This launch comes after successfully publishing Chinese editions of WISH Magazine last year, the content from which will also now be housed on the new site.

Paul Whittaker, The Australian’s editor-in-chief, said “China is a phenomenon, an outstanding example of growth and change in what we now know will be the Asian century. The Australian is delighted to play a role in ensuring that our stories, values and ideas are heard in the region.”

Nicholas Gray, CEO of The Australian, said: “With over half a million of Australia’s migrants originating from China, and the prominence of China in the region’s outlook, it is important our coverage of Australia and the Asia-Pacific region is accessible in Chinese.

Cn.theaustralian.com.au is available on mobile, desktop and tablet.