• Readers got a preview of the 140th celebrations on Saturday

The Daily Telegraph‘s 140th birthday celebrations are taking place over the next two weeks, starting from Monday, 1 July:

The Daily Telegraph’s two-week long celebration of its 140th anniversary starts with an 8-page wrap of the newspaper – featuring the front cover about the death of Ned Kelly. There is a special sports section featuring The Ashes, and a Sydney Confidential section by Fiona Wingett, assistant editor. 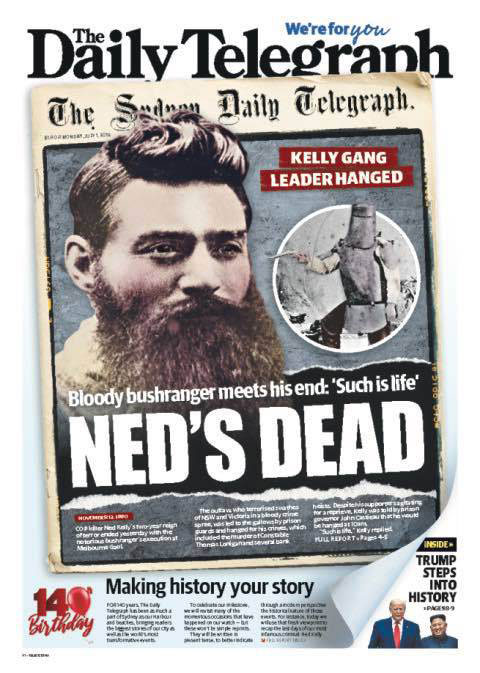 For the next two weeks, each day there will be a decade double-page spread in the newspaper, leading up to 2019.

Readers got a preview of the 140th celebrations on Saturday when there was a double-page spread in The Daily Telegraph Saturday Extra lift-out, featuring the Mystery Man Behind The Daily Telegraph John Mooyart Lynch who ran the very first edition 140 years ago today on July 1, 1879. The piece featured various facts and figures about Sydney life and how the paper was produced. 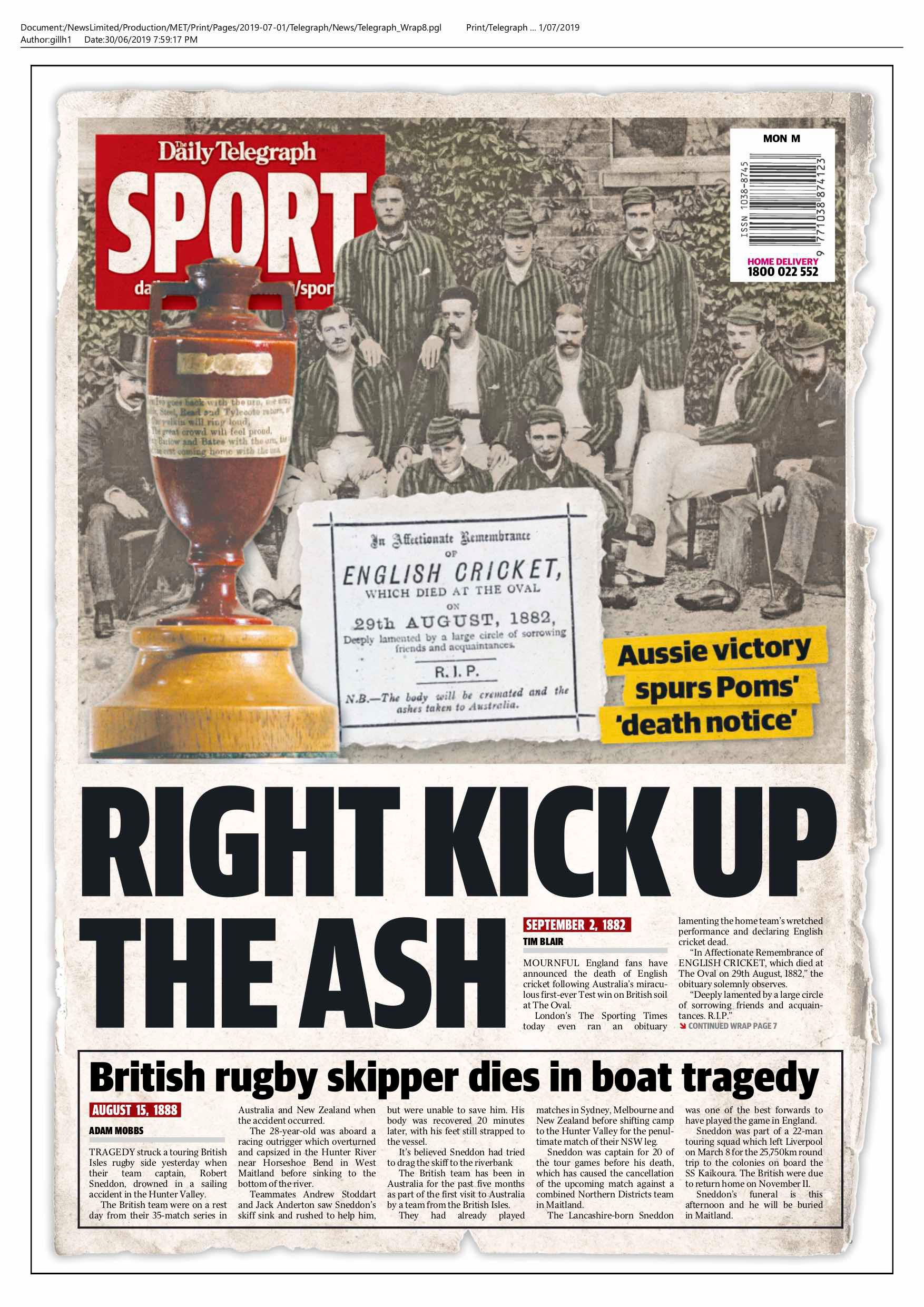 English said: “In today’s eight-page wrap and throughout the week, The Daily Telegraph will revisit many of the momentous occasions that have occurred on our watch. These won’t be simple reprints. The will be written in the present tense, to better indicate through a modern perspective the historical nature of those events.”

Over the two week celebration there will also be: