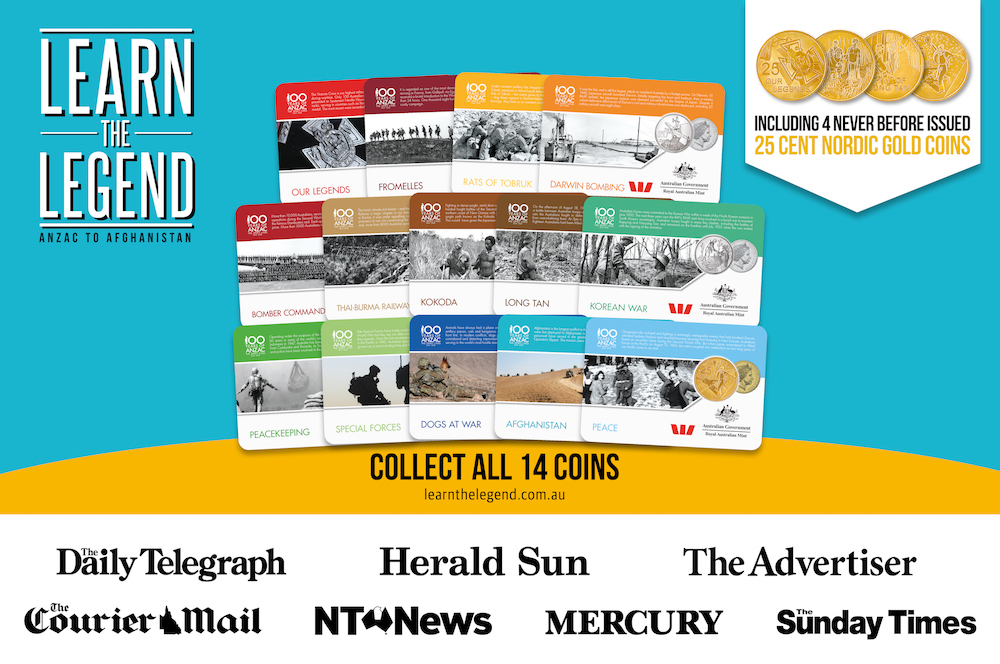 Australian children will be encouraged to “Learn the Legend” of the nation’s war history and to donate to support the families of those who have served.

News Corp Australasia executive chairman Michael Miller, Westpac Group chief executive consumer bank George Frazis, Victoria Cross recipient Ben Roberts-Smith and Legacy Australia chairman Tony Ralph have hosted an event at Victoria Barracks in Sydney to mark the launch of a fundraising appeal for Legacy Australia.
The appeal is the centrepiece of a multi-platform editorial and retail campaign in News Corp Australia publications, through which Australian children will be encouraged to “Learn the Legend” of the nation’s war history and to donate to support the families of those who have served. 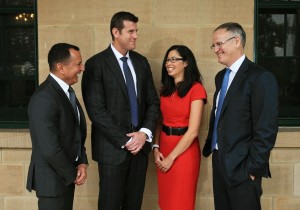 Frazis announced that Westpac would kick start the appeal with a $500,000 donation, which will go towards an education fund for Australian women and families affected by the death or illness of a family member who has served in the Australian Defence Force.
Accepting the donation on behalf of Legacy and speaking of the benefits the charity provides, Ben Roberts-Smith VC MG said:
“On behalf of Legacy Australia, thank you to Westpac and News Corp Australia for this generous gift and for the opportunity to be part of this campaign.
“This funding will directly impact women and children and help Legacy fulfil its mission of ensuring that families and dependants enjoy and experience the best upbringing, education and opportunities that Legacy can facilitate.”
Frazis said Westpac was proud to play an important role in supporting the families of those who served their country.
“This donation is very close to the heart of Westpac as we approach our bicentenary and reflect on our history and close connection to the ANZACs,” he said.
“As Australia’s first bank, the impact of World War I was particularly significant for us, with more than 40 per cent of our workforce at the time enlisted for service. We are very proud of our brave employees and the many thousands of Australian men and women who have represented Australia in uniform since then.
“We are delighted to support Legacy for the second consecutive year, providing funds which will go directly to women impacted by war. The donation will provide access to education and training, helping them up skill and support their families.”

The fundraising appeal will also coincide with News Corp Australia’s three-week campaign leading up to ANZAC Day, where Australians will be encouraged to “Learn the Legend” of the military moments over the past 100 years that helped shape our nation.
Now in its second year, the campaign also provides a platform to educate younger generations about our proud war history via a commemorative coin collection. Launching on Saturday April 9 (VIC, SA, TAS and NT), Sunday April 10 (NSW, QLD and WA*) and Monday April 11 (The Australian) readers are able to collect a new coin for 14 days with the purchase of any of News Corp Australia’s national, metro and regional newspapers.
The limited-edition, legal tender, 14 piece coin collection this year includes four Nordic gold 25 cent pieces especially designed by the Royal Australian Mint. The first 25 cent gold coin commemorates “Our Legends” which, together with a Collector’s Album, comes free with each purchase of the newspaper from participating newsagents across Australia. Subsequent coins will be available for $3 each over the following two weeks.

“As a nation we are indebted to the brave men and women who have fought to protect Australia and our way of life,” said Miller.
“Our 2016 campaign will see us share the stories of military moments from World War I to the present day that have defined our nation, and to encourage Australians to donate to Legacy. We hope to help instil pride in our brave servicemen and women, but also in remembering the sacrifices of previous generations we hope that young people will understand the value of peace.”

Legacy Australia Chairman Tony Ralph knows of many families who have paid the price of peace through the sacrifice of their loved one’s life or health in serving their country.
“At Legacy we still care for 80,000 families and our work is ongoing for many years to come. At this solemn time of year when we pause to remember that sacrifice, the generosity of Westpac and News Corp is very much appreciated. Without corporate support such as this Legacy would not be able to continue their good work.”

The campaign encourages all Australians to enable Legacy to keep supporting the families of our returned service men and women and will be amplified through a marketing campaign across print, TV and digital.
The campaign, created by Archibald Williams, features real life veterans and their families, including the great, great granddaughter of a Fromelles veteran and an Afghanistan veteran with her son. All donations to Legacy can be made by visiting learnthelegend.com.au 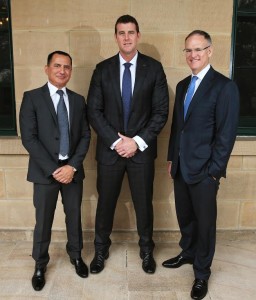 *In WA promotion will be available from April 10 – 24 (excluding Saturdays). Two Nordic gold coins will be offered on the middle weekend of the campaign (April 17)