Media news in the NZ market 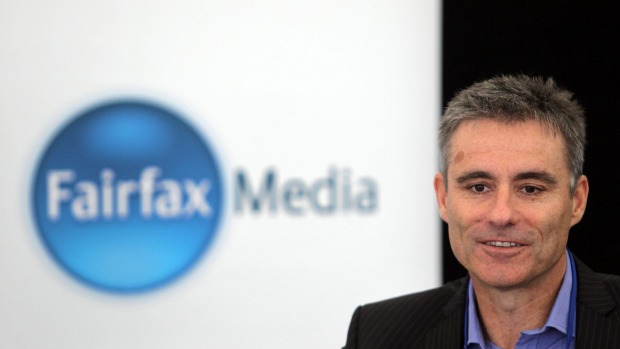 Simon Tong stepped down as managing director of Fairfax New Zealand yesterday and is taking a senior management role with AAB Bank. The exit will be swift. Tong will be out the front door for a new senior role at the ASB bank. Tong has been CEO since 2013.


Tong yesterday informed colleagues about his departure from Fairfax Media in order to take up a senior executive role at ASB Bank, heading up Technology, Innovation and Payments:

“Coming to this decision has not been easy, and it may come as a shock, so I wanted to drop you all a note to provide a bit of context.

“I will start by once again stating how proud and honoured I feel to have been given the opportunity to lead this organisation over the past three and a half years. It is no exaggeration to say that the speed and level of change the media industry is experiencing is unprecedented and I feel extraordinarily privileged to have been part of that journey and to have worked with such an incredible group of people.

“However, in consultation with my family, I came to the decision that it was time to seek out new challenges and informed Greg Hywood as such. Suffice to say this has not been a spur of the moment call.

“I will miss being part of the Fairfax family but rest assured you have an advocate for life. I have developed a great respect for what you do and the contribution you make to New Zealand. During my time here you have opened my eyes to the importance of a free and vibrant press. ”

“Simon’s new role is a great recognition of his talents and we wish him all the best.

“Simon has been an outstanding leader of our NZ business. His leadership, drive and passion for innovation have refreshed and revitalised a traditional media business and prepared it for a future well beyond.

“The progress Fairfax NZ has made is a result of the skill and determination of Simon and the team.

“It is a credit to you all.

“I am pleased to confirm that NZ’s Chief Operating Officer, Andrew Boyle, will step up as Acting Managing Director, Fairfax NZ.”

New Zealand’s Commerce Commission has pushed back its decision on NZME and Fairfax’s proposed merger by almost a month. It was due next Wednesday but will now be released on April 11. The Commerce Commission said today NZME and Fairfax have agreed to the extension. The decision will create major upheavals in the media sector whether the regulator agrees to the merger or not. Approval was seen as unlikely given its draft decision rejecting the merger back in November and especially since the Commission announcement on February 23 it had not approved a merger of Sky TV and Vodafone.

Former senior editors will be launching new websites on Monday, one aiming at a premium subscription market and one that will be free and funded by advertising. Called Newsroom Pro and Newsroom, the new sites are led by Mark Jennings, the former MediaWorks head of news and current affairs, and Tim Murphy the former editor-in-chief of The New Zealand Herald. Jennings said the site would aim at “news that matters” and compared it with Australia’s New Daily, “though less populist”.

The website has support from Holden, telco Chorus, Victoria University of Wellington and another as-yet-unnamed academic institution.

Government agencies are dishing out public money to build film industry infrastructure around Auckland. The New Zealand Film Commission has delivered an extra $5 million for a new private sector studio facility that will be managed by the Auckland Council economic development agency ATEED. The agency is guaranteeing work for private sector studio owner Soft Technology JR. who are developing two new sound stages. Attention is often focused on Peter Jackson’s studios in Wellington, where he made The Hobbit. But the bulk of overseas based production is filmed in an area of bushland and wild beaches, west of Auckland. A shortage of sound stages has meant Auckland is losing US productions to other countries, such as Australia.

Sky TV is warning it will be keeping a close eye on news websites and broadcasters use of clips for the upcoming Lions Rugby Tour of New Zealand. Sky and Fairfax came to legal loggerheads over fair use of Sky footage during the Rio Olympics. Sky lost a bid for an interim injunction, but subsequently named Fairfax, NZME and TVNZ in a claim to the High Court. The court case is not expected to be heard until the third quarter of 2017, but it may have an effect in deciding what constitutes fair use of images.

Tensions are also growing in print over allegations print and digital media are taking too much content when reporting women’s magazine scoops. Bauer Media chief executive Paul Dykzeul said the company would be challenging instances where too much copy was being taken. “You can say that we could do the same for stories they have, but honestly, there is nothing worth taking,” he said.