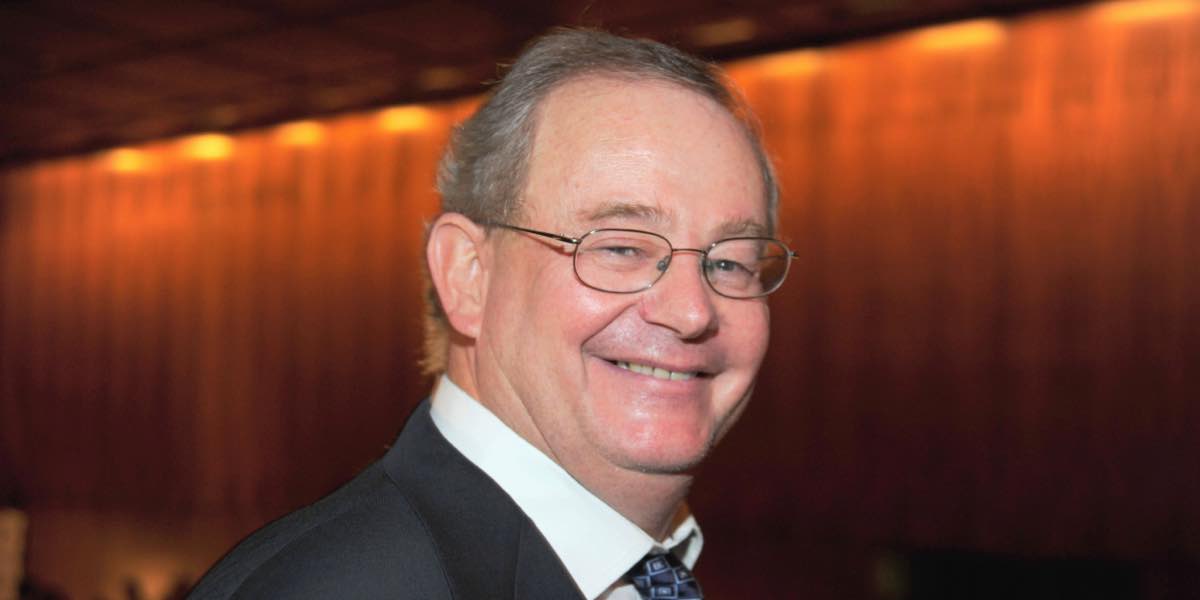 Col Allan (pictured), editor-in-chief of the New York Post and the longest-serving editor at News Corp, announced on Thursday that he intends to retire at the end of this month after a distinguished career that has included the editorship of two of the world’s leading newspapers.]

Stephen Lynch, currently Sunday editor of the New York Post, has been appointed to succeed Col Allan, beginning on May 1, 2016.

Commenting on Allan’s decision, Rupert Murdoch, executive chairman of News Corp, said: “Col Allan is one of the most outstanding editors of his generation. Col’s intelligence, insight, humour and unrelenting energy have created the New York Post that today stands as a newspaper of great influence, in print and online.”

He continued: “He has been a great friend and colleague since he joined in 1974, and I want to thank him on behalf of my family and the company for his service. Col has edited two newspapers for this company, The Daily Telegraph in Sydney, as well as The Post, a very rare achievement in journalism. As editor of The Post, he has driven a news agenda that has been essential reading for New York’s leadership, as well as serving all who live in this great city. Col has sought, without ego or envy, to hold the powerful accountable, to assail corruption and to have a positive impact in New York and beyond.”

During his editorship, the paper has also expanded its digital audience more than tenfold, to a record 31.5 million unique users in March, and expanded its national reach in the US. That success followed his tenure as editor of The Daily Telegraph in Sydney, where he built the paper into one of the most influential and successful in Australia.

Col Allan commented: “It has been an enormous privilege to edit this great paper. Journalists at The Post, from the reporters, to the sub-editors, to the photographers to the columnists, are the best in the business, and I know that the paper will continue to grow in scale and influence.

“Journalism and journalists have a crucial role, particularly in this digital age, and I want to express my deep gratitude to Rupert and the Murdoch family for all they have done to further the cause of journalism around the world. Of course, I am also personally grateful for the extraordinary opportunities they have generously given me over the past four decades.” 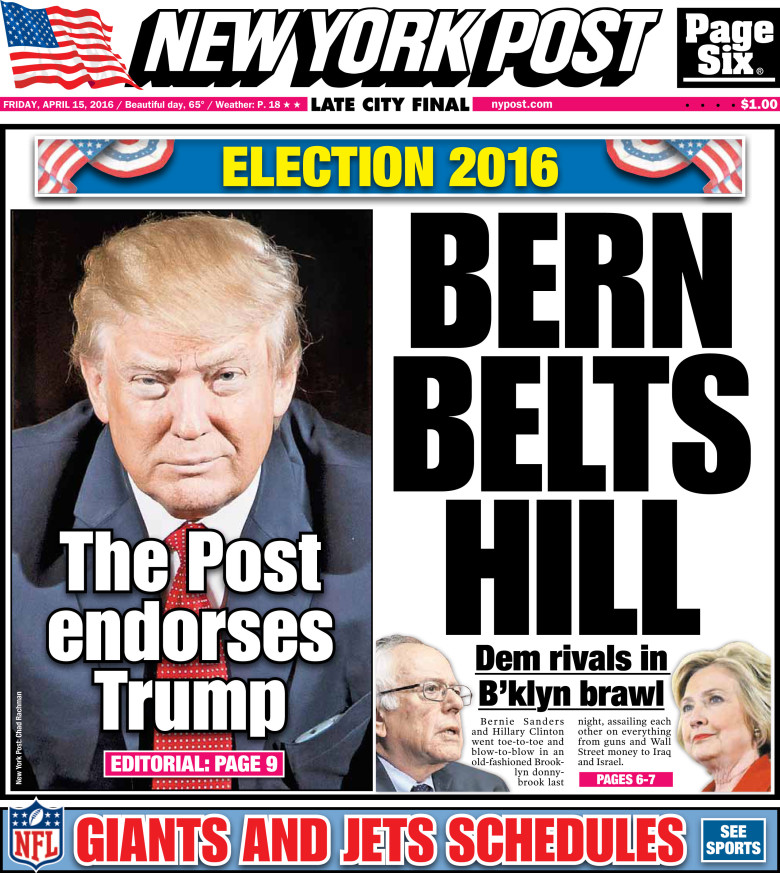 An editorial with the byline Post Editorial Board said:
“Donald Trump is a rookie candidate — a potential superstar of vast promise, but making rookie mistakes. The nominee Republicans need for the fall campaign is often hard to make out amid his improvisations and too-harsh replies to his critics.
New Yorkers vote Tuesday. What to do?

“Should he win the nomination, we expect Trump to pivot — not just on the issues, but in his manner. The post-pivot Trump needs to be more presidential: better informed on policy, more self-disciplined and less thin-skinned.
Yet the promise is clearly there in the rookie who is, after all, leading the field as the finals near.” 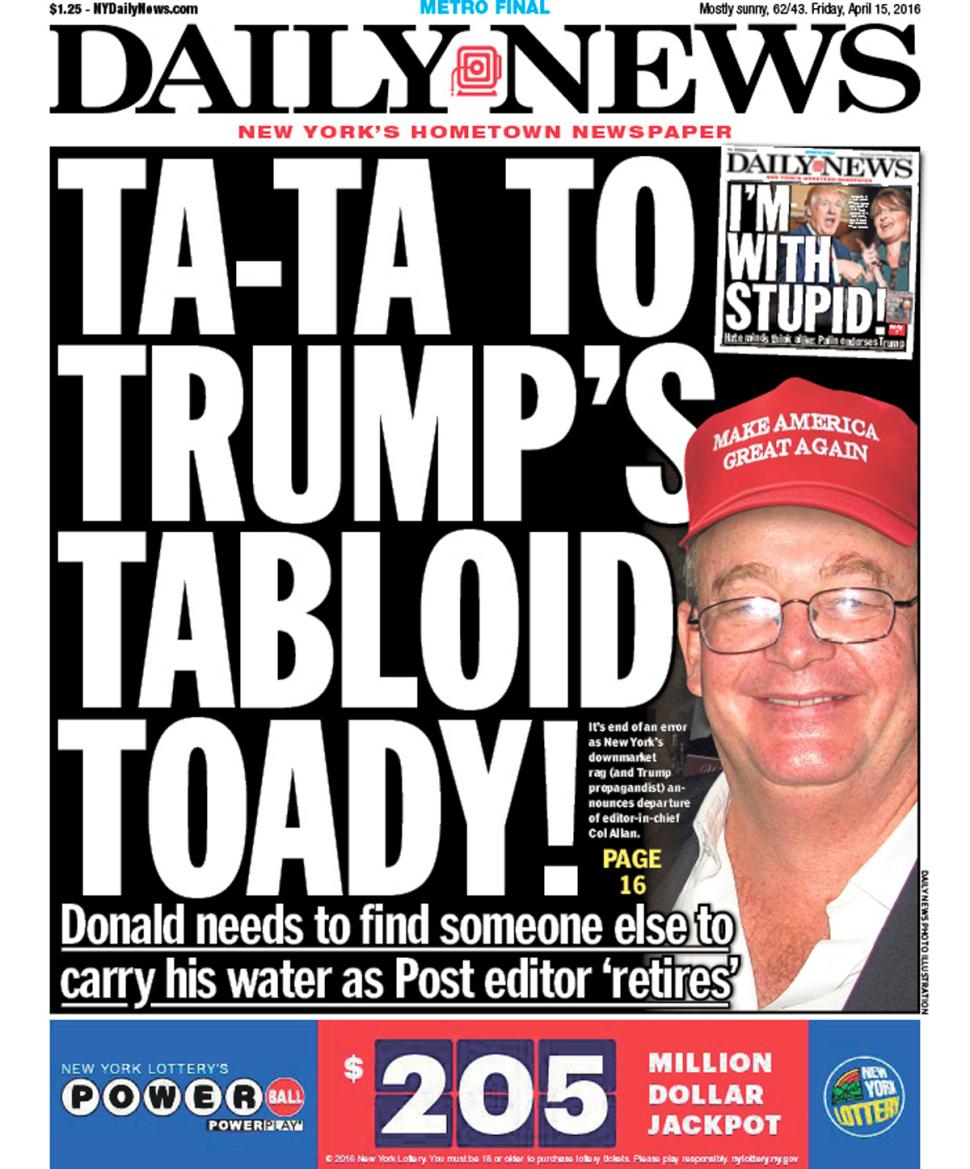 There has been no love lost between Allan and The Post and its New York tabloid competitor Daily News. The News Corp rival newspaper published a front cover tribute to Allan after he announced his departure.

The Daily News also raised the speculation that Allan could end up working for Donald Trump as a media adviser, although it also quoted Allan telling The SMH that was not going to happen.