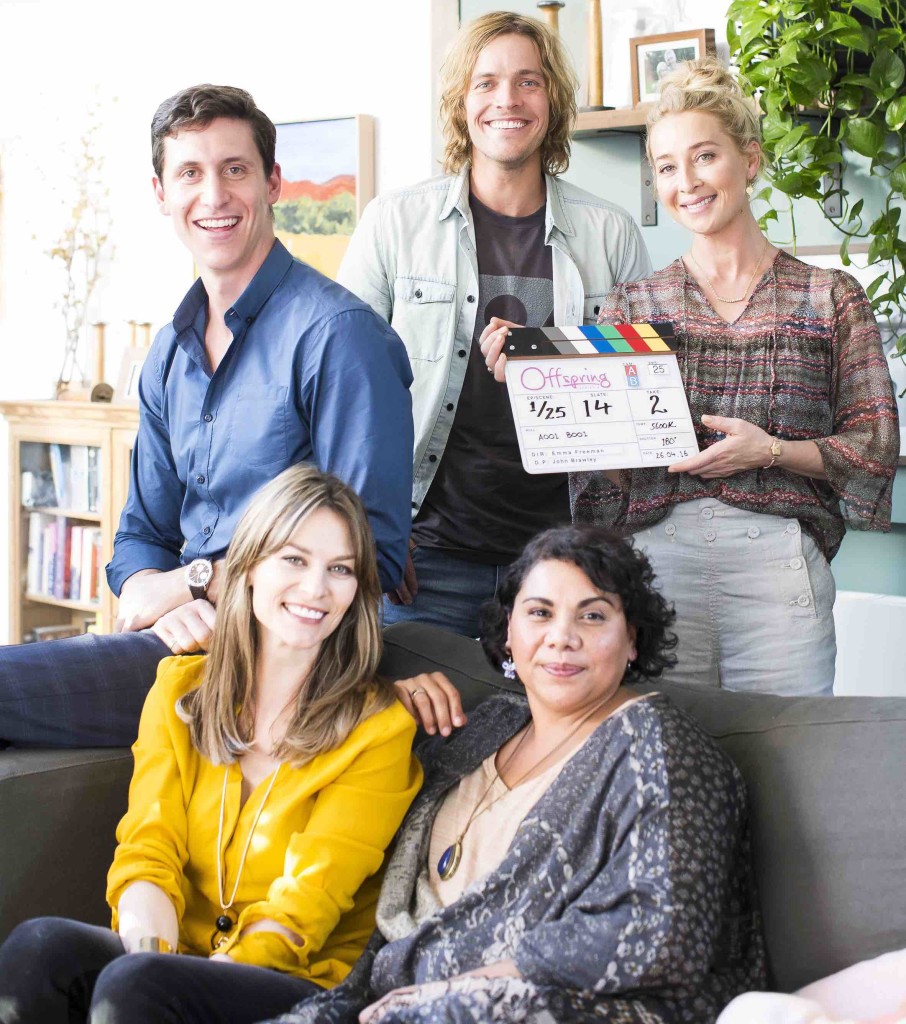 Network Ten has announced the sixth season of Offspring has started production in Melbourne.

Newcomer TJ Power joins the cast this season in the role of lawyer Will Bowen. Power’s previous film and television credits include Underbelly: Razor, Molly, The Sapphires and Eat, Pray, Love.

Network Ten head of drama, Rick Maier, said: “Everyone at Ten is excited to have our favourite dysfunctional family back on our screens, as Nina, the Proudmans and the gang at St. Francis return. We’ll be breaking out the chocolate and the tissues for a season of high romance, low comedy and plenty of sexy time. Natural order has been restored: Offspring is back.”

Producer for Endemol Shine Banks, Imogen Banks, said: “Here we go again! We love being back in our old, favourite Fitzroy haunts, making a brand new season of Offspring. It’s a bit like a fun school reunion.”
Offspring will return to TEN in 2016.